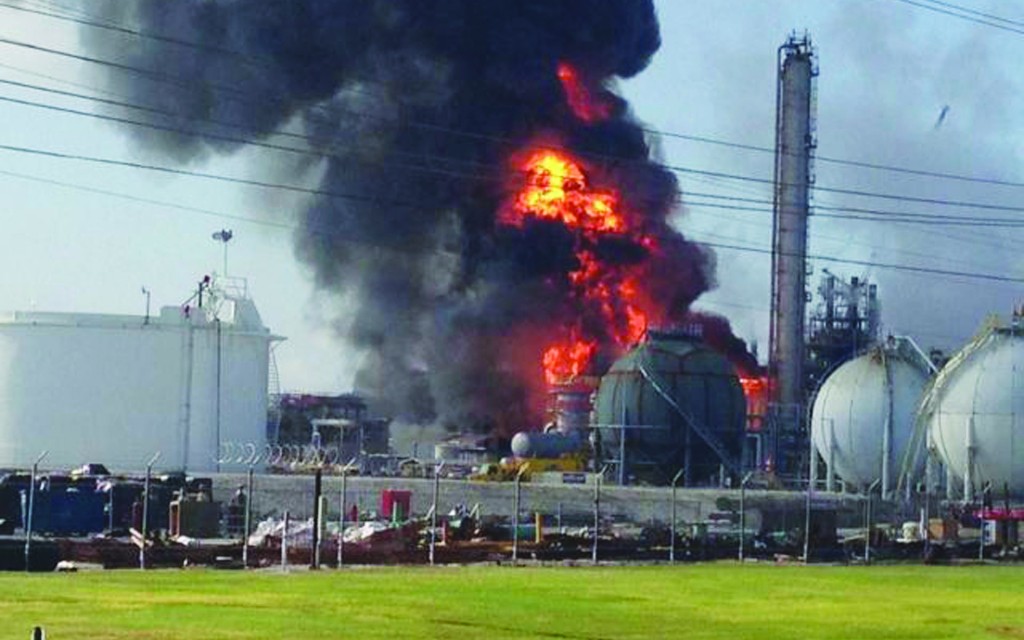 A ground-rattling explosion Thursday at a chemical plant in Louisiana ignited a blaze that killed at least one person and injured dozens of others, authorities said.

Cain said all of the plant’s more than 300 workers had been accounted for by Thursday afternoon.

The company said the blast happened at 8:37 a.m. at the plant in an industrial area of Geismar, a Mississippi River community about 20 miles southeast of Baton Rouge. The cause was not immediately known.

The FBI said terrorism was not suspected.

A few homes and four other plants are within 2 miles, said Lester Kenyon, spokesman for Ascension Parish government. The Williams facility is one of scores of chemical and industrial facilities that dot the riverside between Baton Rouge and New Orleans.

A contract worker, Daniel Cuthbertson, 34, described a scene of “mass hysteria” immediately after the explosion, with workers scrambling over gates to get out of the plant.

State Sen. Troy Brown said the ground shook at his house, several miles from the plant.

“It felt like a three-second earthquake. It was a massive explosion,” Brown said.

Officials at area hospitals said a handful of patients were in critical or serious condition, though most seemed to have minor injuries.