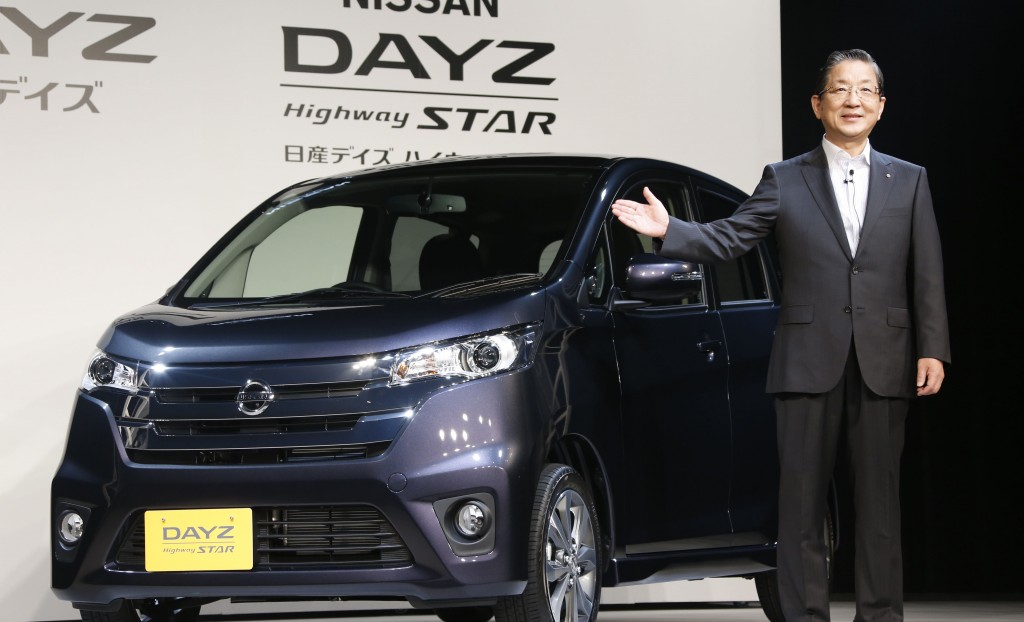 Japanese automakers Nissan and Mitsubishi are joining forces to grab a bigger share of the country’s lucrative market for tiny cars, now dominated by their three rivals.

The new model, sold as Dayz for Nissan Motor Co. and eK Wagon for Mitsubishi Motors Corp., marks the first time Nissan has been involved from start to finish in the development of a minicar, or “kei,” which means “light” in Japanese.

Kei cars, which must be 3.4 meters (about 11 feet) or shorter in length with an engine size of 660 cc or smaller, are eligible for hefty tax breaks in Japan, boosting their popularity in an otherwise long-stagnant market.

Kei cars made up nearly 40 percent of auto sales in Japan last year, according to the Japan Automobile Dealers Association.

But Nissan and Mitsubishi have some catching up to do.

Daihatsu Motor Co. and Suzuki Motor Corp. dominate this nation’s nearly 2-million-minicar-a-year market, each with about 30 percent of sales, according to the Japan Light Motor Vehicle and Motorcycle Association.

And so Nissan — which makes the Infiniti luxury model, Leaf electric car and Maxima sedan — and Tokyo-based Mitsubishi are far behind, with a combined 10 percent.

Shiga said Nissan’s goal is for it and Misubishi to reach a combined 20 percent share of the minicar market.

“I think the Dayz and eK Wagon will be popular,” Mochida said. “The fuel efficiency and design of the vehicle make them very competitive in the market. But these cars alone are unlikely to push the two companies’ combined share to 20 percent.”

That’s because Daihatsu and Suzuki will likely also be improving their already popular lineup, he said.

The Nissan model boasts as an option its around-view monitor – a new feature for a kei and one of the automaker’s top technologies – which gives a driver a bird’s-eye view of the vehicle backing up.

Nissan has already received 12,000 orders for Dayz, beating its monthly sales target at 8,000.

Shiga said there was much to gain by learning how to make quality small cars.

“I think our know-how in minicar design could potentially be applied to cars for the global market,” he said. “I think it’s a necessary discussion to have in the future.”

Daihatsu had no comment on Nissan’s ambitions, except to say it plans to stay No. 1.

“We will focus our energy on keeping the top share,” said company spokesman Naoyuki Wakabayashi.