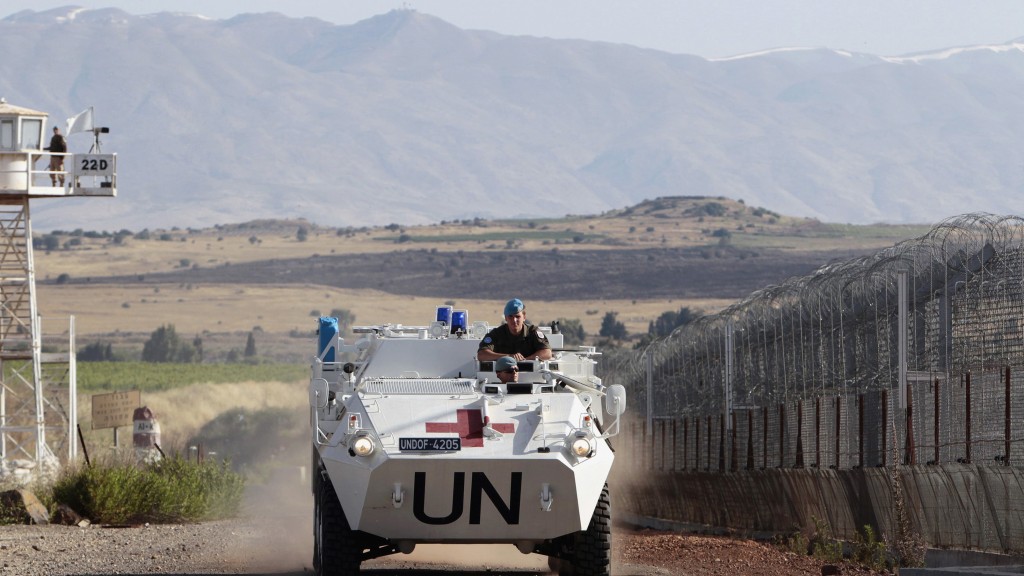 The head of U.N. peacekeeping operations has asked Austria for more time to line up replacements for Austrian troops due to be withdrawn from a Golan Heights buffer zone between Syria and Israel within weeks.

“Austria has to make us a better offer,” Herve Ladsous told Austrian paper Die Presse in an interview published on Wednesday. “To be completely honest, we need more time.”

The first group of 60 to 80 soldiers from the 380 Austrian peacekeepers in the 1,000-strong U.N. Disengagement Observer Force (UNDOF) is due to arrive home later on Wednesday.

Austria said last week it would recall its observers after worsening fighting between Syrian rebels and troops in the area. The pullout is slated to take two to four weeks.

Ladsous said the United Nations had approached potential contributor nations, but would need at least six to eight weeks to replace the Austrians, formerly the backbone of UNDOF.

“The mission is important and will we do our utmost to keep it alive,” he said.

Ladsous said no other contributing countries, which include India and the Philippines, had told him of plans to withdraw from UNDOF, which has operated on the Golan since 1974.

Meanwhile in New York, U.N. Secretary-General Ban Ki-moon recommended to the Security Council on Wednesday that the self defense capabilities of UNDOF, be enhanced, “including increasing the force strength to about 1,250 and improving its self-defense equipment.”

“The ongoing military activities in the area of separation continue to have the potential to escalate tensions between Israel and the Syrian Arab Republic and to jeopardize the ceasefire between the two countries,” Ban explained.

The 15-member Security Council is due later this month to renew the mandate of UNDOF for six months. Ban recommended that the force, which has been operating with about 900 troops, be raised to 1,250.