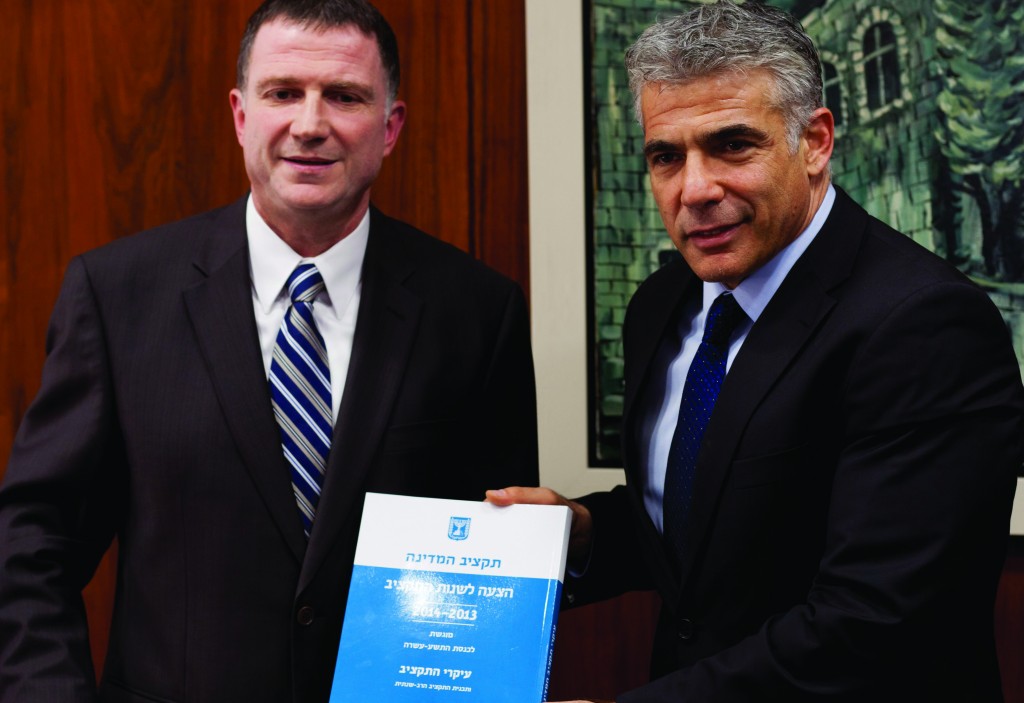 The report released by the conservative American Enterprise Institute argues that such tax  increases will affect not only the wealthy investors Lapid says he is targeting, but the Israeli workers he claims to champion.

The finance minister asserts that “distributive justice” requires such a policy, and that fewer large companies will now enjoy the sort of outsized tax benefits that recently aroused public anger.

Ever since Intel invested heavily in Israel in the 1970s, almost every major American and European digital company — including Google and Apple — have recruited talent there, and raised large facilities throughout the north, the report said.

“We don’t expect those companies to uproot themselves [as a result of the tax hike],” Alex Brill, the author of the report, told the Post. “But for these multinational corporations, when they go to spend their next billion dollars, that’s when the effects will be felt.”

Foreign direct investment, or FDI, is a major contributor to Israel’s economic growth since the Law for the Encouragement of Capital Investment passed in 1959. Before that, Israel Bonds helped build the country on foreign money in its founding years.

Brill acknowledged that Israel’s human capital – its talented young entrepeneurs and engineers – is ultimately what brings in FDI. If valued enough, the belief that such a resource cannot be found elsewhere might continue to attract investor dollars, he said.

But Brill cited several economic studies as evidence that high corporate tax rates in small, open economies such as Israel can directly affect wages, when fewer plants are built and more projects are delayed.

“When [Prime Minister Binyamin] Netanyahu was the finance minister he brought down the corporate tax,” he said. “I hope that in 2015 we can bring it down again, too. But it must be said that there is a deficit of NIS 40 billion, and if we didn’t raise corporate tax, there would have to be other cuts on the public.”

Meanwhile, Lapid had to grapple with critics closer to home in a stormy session of the Knesset Finance Committee on Tuesday, where he found himself the target of members of the coalition and opposition alike.

The MKs were not placated by Lapid’s argument that he was investing in education and infrastructure to keep the economy growing. He cited the new Open Skies Agreement, car market reforms and anti-concentration laws as part of his effort to lower prices and roll back tax increases in the future.

“It’s true citizens will pay a little more in taxes, but at the end of the process they will live in a complete society. It doesn’t take two days; fixing is harder than destroying,” Lapid said.

Likud-Beiteinu MK Reuven Rivlin said that while the budget was “realistic under the circumstances,” it “could affect each family at the level of NIS 800 a month.” It was up to the Finance committee to “save” the budget, he said, by ensuring it protected the weak.

“A society that does not take its weakest into account is not worthy of being called a society,” Rivlin said.

Meretz Chairwoman Zahava Gal-On told Lapid that although “there’s no doubt you received a difficult inheritance, it’s amazing how quickly you adopted the rhetoric and policies that created it.”