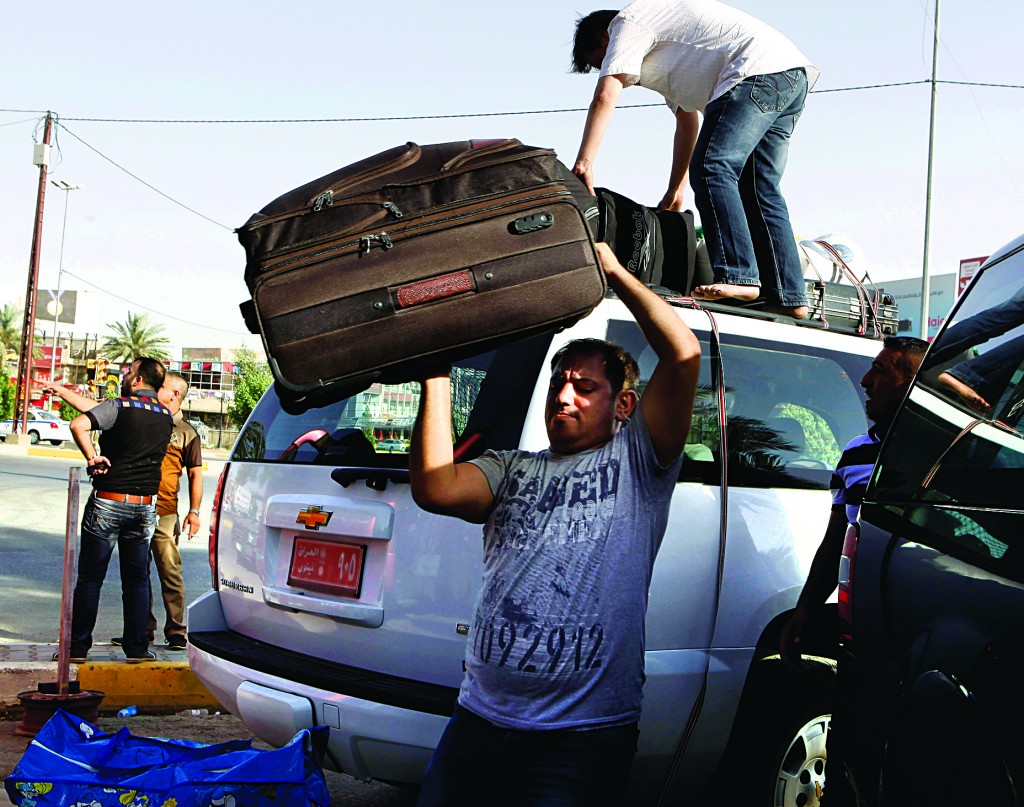 Signs are growing that stretches of Iraq and Syria are morphing into a single battlefield for terrorists, exacerbating Iraq’s slide into renewed deadly chaos a year and a half after U.S. troops pulled out.

Iraqi border posts along the Syrian frontier are coming under attack, and Syrian truck drivers have been shot inside Iraq. Syrian soldiers earlier this year sought refuge across the border, only to be massacred by al-Qaida.

“What is going on in Syria has a big, clear impact on us … especially since there are attempts to move the battle to Iraq,” said Ali al-Moussawi, spokesman for Iraqi Prime Minister Nouri al-Maliki.

It’s happening as the deadly drumbeat of violence is growing louder across Iraq. Nearly 2,000 lives have been violently snuffed out across the country since the start of April.

The extent of the killing hasn’t been this bad for half a decade, when Iraq’s last tip toward civil war was easing and American troops were still here to help keep the peace. Attackers killed more than 60 people in a relentless wave of bombings on Monday. Another nine were slain Tuesday.

“The events in the past three or four months prove that the violence in Iraq and Syria are two sides of the same coin,” said Haider Ayed, a 35-year-old math teacher and father of two in Baghdad’s southwestern Bayaa neighborhood. “We are going through a very dangerous period.”

It’s a worrying trend for the U.S., which is mulling whether to arm Syria’s rebels even as it adapts to a new relationship with Iraq following a divisive war that claimed nearly 4,500 American and more than 100,000 Iraqi lives.

The spokesman for the American Embassy in Baghdad, Frank Finver, said the U.S. shares Iraqi government concerns about the level of violence in Syria, as well as about extremists who are trying to capitalize on the situation in Syria and incite violence inside Iraq.

The U.S., Finver added, is working with allies and moderate members of the Syrian opposition to isolate extremists and “ensure their violent and divisive ideology does not take root in Syria or spill over into Iraq.”

Iraq officially remains neutral in the Syrian conflict. Al-Maliki has called for a peaceful, political solution to the crisis, though he has also warned that a victory for the rebels would unleash sectarian war in Iraq and Lebanon.

Iraqi Foreign Minister Hoshyar Zebari insisted that Iraq has no official or military role in the civil war, and said Baghdad does not encourage the movement of any Iraqi fighters to Syria.

Still, the cross-border violence continues. An Iraqi border guard was killed and two others were wounded Sunday in clashes with fighters the Interior Ministry said were members of the Free Syrian Army rebel group. Border guards thwarted two other attempts by gunmen and smugglers to sneak into Iraq from Syria, officials said.

Anthony Cordesman, a longtime observer of Iraq as an analyst at the Center for Strategic and International Studies, questions the lack of American attention on Iraq, particularly in light of Washington’s efforts to isolate Iran, Syria’s main patron.

“For all the current attention to Syria, Iraq is the larger and more important state,” he wrote in a commentary this month. A slide toward civil war inside Iraq will push its majority Shiites closer to Iran and Syria, he predicted.