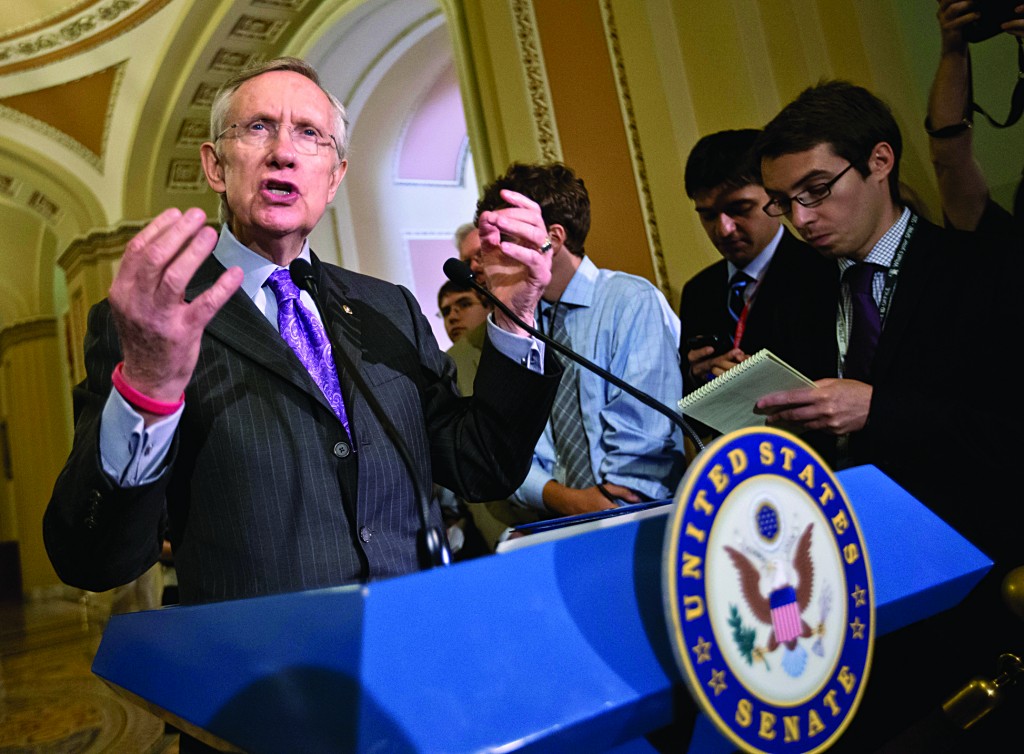 The U.S. Senate voted on Tuesday to begin debate and amendments on a historic immigration bill, burying a procedural roadblock that opponents regularly use to delay or even kill legislation.

With November’s election results indicating broad support for updating the country’s immigration laws, even some senators who have expressed opposition to the Senate bill voted to allow the debate to go ahead.

By a vote of 82-15, the Senate cleared the way for the long-anticipated debate that could extend through June.

“If you genuinely believe we need to fix our broken immigration system, there’s no good reason to stand in the way of this bill,” Obama said at the White House just hours before the Senate staged its first vote on the measure.

“If you’re serious about actually fixing the system, then this is the vehicle to do it,” he said.

Obama, who won re-election last year thanks in part to strong support from Latino voters, has made immigration reform a top priority of his second term.

He had not given a major public address on the issue for some time, reflecting a White House strategy of not wanting to get in the way of the bipartisan bill’s progress in the Senate.

Obama’s speech on Tuesday was the first major departure from that strategy.

The Senate bill would authorize billions of dollars in new spending for enhanced border security and create new visa programs for high- and low-skilled workers in addition to providing a pathway to citizenship for the roughly 11 million undocumented immigrants — many from Mexico and Central America — currently in the country.

As Congress plunged into a contentious debate on the bill, freshman Senator Tim Kaine of Virginia, a Democrat, delivered a Senate speech in support of the bill in Spanish.

Senate officials said it was the first time in at least decades that a floor speech was spoken entirely in a language other than English.

The bill, which has broad support from Obama’s Democrats, will need backing from some Republicans in order to give it momentum in the more conservative, Republican-controlled House of Representatives, where the pathway to citizenship provisions face deeper skepticism.

In a sign of the hurdles to come, House Speaker John Boehner of Ohio said he expected immigration reform to be law by the end of the year. But he said the Senate measures to enforce the changes and secure the U.S. border with Mexico were inadequate.

And Senate Republican leader Mitch McConnell of Kentucky warned in a speech in the Senate: “In days ahead there will be major changes in this bill if it is to become law.”

Immigrant groups fear that too many changes could erode a delicate coalition now pushing the bill.

Boehner, the top Republican in Congress, told ABC news in an interview that aired on Tuesday: “I’ve got real concerns about the Senate bill, especially in the area of border security and internal enforcement of the system. I’m concerned that it doesn’t go far enough.”

Boehner added that reforming the nation’s immigration system was his top legislative priority this year.

Many amendments are expected to be debated over the next few weeks as the Senate tries to pass its bill by July 4.

Republican Senator Marco Rubio, a Cuban-American lawmaker from Florida and one of the authors of the bill, on Tuesday said he would offer an amendment to tighten English- language proficiency requirements for illegal immigrants who are trying to gain permanent residency in the United States.

Other Republicans are seeking much broader changes, especially to provisions granting legal status to those who entered the United States illegally.

Representative Chris Van Hollen, a Maryland Democrat and a member of his party’s House leadership team, said on CNBC that it was unclear what kind of bill the House will be able to pass this year.

“I think Speaker Boehner would like to get some kind of comprehensive immigration reform through. The question is whether or not his caucus is willing to support that effort,” Van Hollen said.

In his remarks on Tuesday, Obama also noted that border enforcement had improved dramatically under his administration’s tenure and said immigration reform could only work if undocumented individuals had a chance to become citizens.