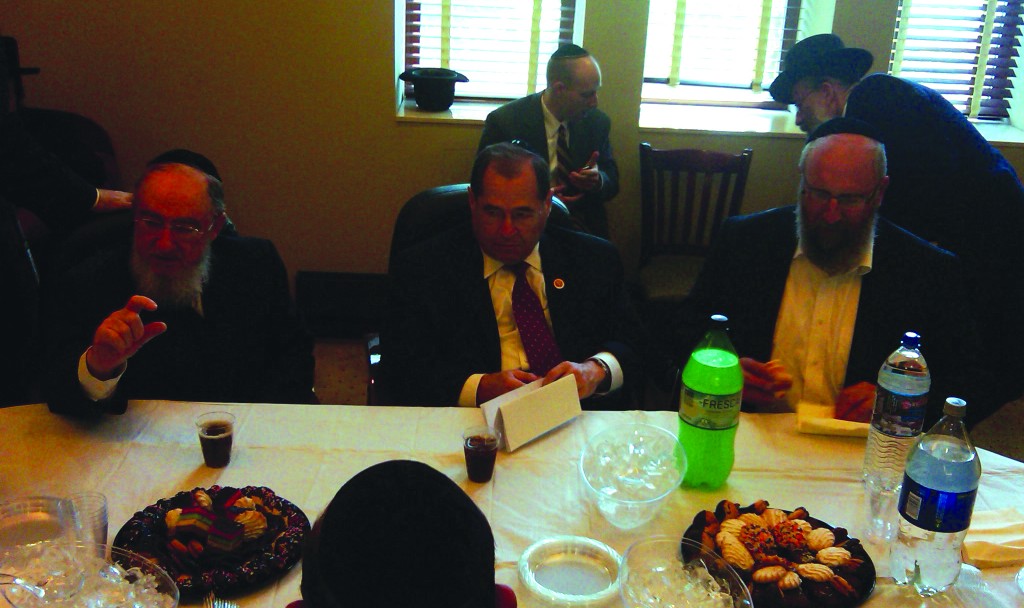 Impoverished families with many children may receive a substantially larger government check if a bill proposed Monday in Congress passes into law.

Rep. Jerry Nadler said on Sunday at a meeting with Jewish groups that he is introducing a bill to raise the earned income tax credit by thousands of dollars, potentially helping thousands of residents in Orthodox Jewish areas who have large families.

For much of the nation’s poor, the annual federal grant of approximately $5,000 is the biggest payment they receive throughout the year. But the federal disbursement is currently limited to the first three children and 45 percent of income.

Nadler’s bill, which does not yet have any cosponsors or cross-party endorsements, would allow the tax credit for up to seven children, and raise the income level to 65 percent. That would potentially allow a family of seven earning $26,000 to jack up their credit from $5,385 a year to $8,070.

Noting the current impasse in Washington over tax and spending policies, Nadler said that the bill should get support for family groups on the right and minority and poverty groups on the left.

“This bill will not be enacted immediately,” Nadler said, “but I do expect that I could get substantial support for it.”

Nadler, a Democrat representing parts of Brooklyn and Manhattan, said that it should not cost a lot of money as there are very few families today with more than three or four children earning a sufficiently low income to be eligible for the credit.

The Earned Income Tax Credit is a federal program designed to lift families out of poverty. Even if one does not pay any taxes he is still eligible for it. That is distinct from the child tax credit of $1,000 per child, which mostly only reduces a tax bill, but does not add money if no taxes are paid.

A UJA study released Friday showed that Orthodox Jews and senior Russian immigrants were the poorest in the city. Jews, with their traditionally large families, stand to benefit most from the expansion of the tax credit.

Nadler, who announced the proposal at the Avenue Plaza Hotel at an event hosted by Ezra Friedlander, CEO of The Friedlander Group, said he has a few names of both Republicans and Democrats, including some respected by conservative groups, to be able to pass it.

He added that he would have wanted to include it in the negotiations for a far-reaching tax reform, but would add it to a different bill if that does not pass.

The impetus for the bill began at a meeting about two months ago, when Yoel Rosenfeld, a Bobover yungerman, suggested the idea. Nadler researched it and decided that it was doable.

“It is the Yoel Rosenfeld bill,” Nadler joked. “We cannot put that on this bill, but yes.”

Rosenfeld was present Sunday at the meeting, saying that he could not believe that he influenced the bill proposal.

“Sometimes you talk to politicians and then you come back two months later and you talk again and in the end nothing happens,” Rosenfeld said. “Over here, actually, there is a press release already.”