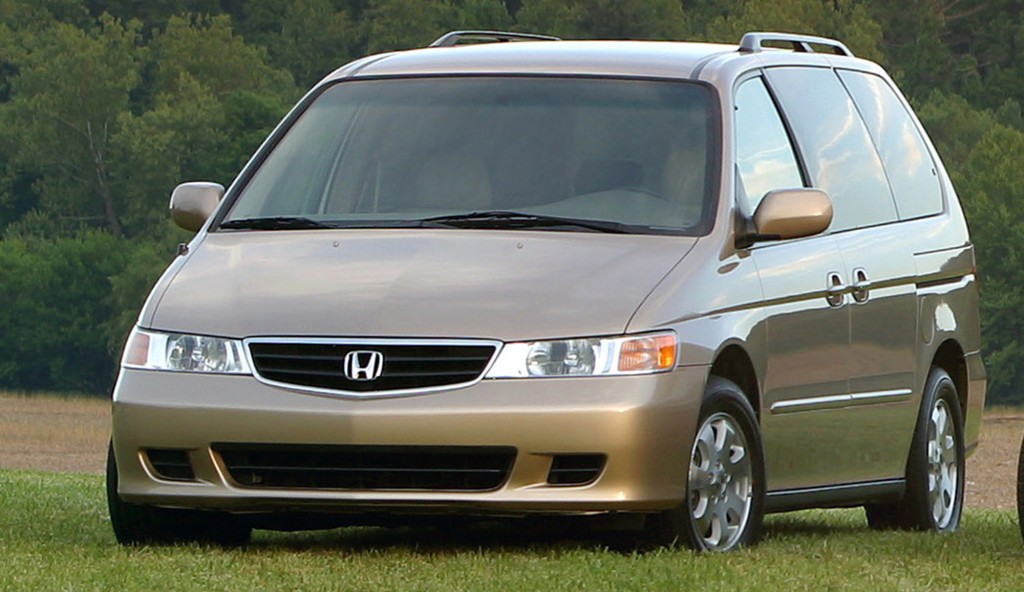 U.S. safety regulators have added about 320,000 older model Honda Odyssey minivans to a widening probe of faulty air bags that affects at least three automakers and more than 2 million vehicles.

Front air bags on the Honda Motor Co. minivans from the 2003 and 2004 model years can inflate without a crash, possibly injuring drivers and passengers.

The National Highway Traffic Safety Administration says in documents posted Monday on its website that the vans have the same air bag control computers that already have caused Toyota Motor Corp. and Chrysler Group LLC to recall more than 1.8 million vehicles worldwide.

The agency will determine if the problem is widespread enough to recall the minivans.

In one of the complaints about the Odyssey, a driver in Hattiesburg, Miss. told NHTSA that the air bags went off suddenly in May of 2012 while a 2003 Odyssey was parked and the driver had an iPad on the steering wheel. The air bags threw the iPad into the female driver’s face. She ended up at a hospital emergency room, and a plastic surgeon had to be called in to stitch a cut in her upper lip. Some teeth were chipped and needed dental work, the complaint said.

The owner paid $2,331 to fix the air bags, according to the complaint.

In the Chrysler case from January of last year, the company recalled more than 919,000 older Jeep Grand Cherokee and Liberty SUVs and Dodge Viper muscle cars worldwide to fix the air bags. The problem affected 2002 through 2004 Grand Cherokees, and Libertys from model years 2002 and 2003. Also covered were Vipers from 2003 and 2004.

The Toyota global recall from January of this year affected 907,000 vehicles, mostly 2003 and 2004 Corolla and Matrix compact cars. The recall also affected the Pontiac Vibe, which was made for General Motors Co. by Toyota. Toyota said at the time that the air bags can inflate improperly when the vehicle’s electronic signals damage a chip in the part that controls the devices.

In both the Toyota and Chrysler cases, dealers were to install electronic filters to fix the problem.

Honda said in a Dec. 21, 2012 letter to NHTSA that the rate of related problems with Honda vehicles is extremely low. The air bag controls on Honda vehicles have lower electrical resistance than the Chrysler vehicles, and their ability to absorb electronic noise is higher, the letter said. Honda said in the letter that it would continue to handle front air bag incidents on a case-by-case basis.

The automaker said in a statement that it’s been monitoring the situation and will cooperate with NHTSA. It’s too early in the investigation to draw conclusions about the whole population of older Odysseys, the company said.

In the Chrysler recall, dashboard warning lights normally went on before the air bags inflated, the company said.

TRW Automotive deferred comment to Honda in the Odyssey case.