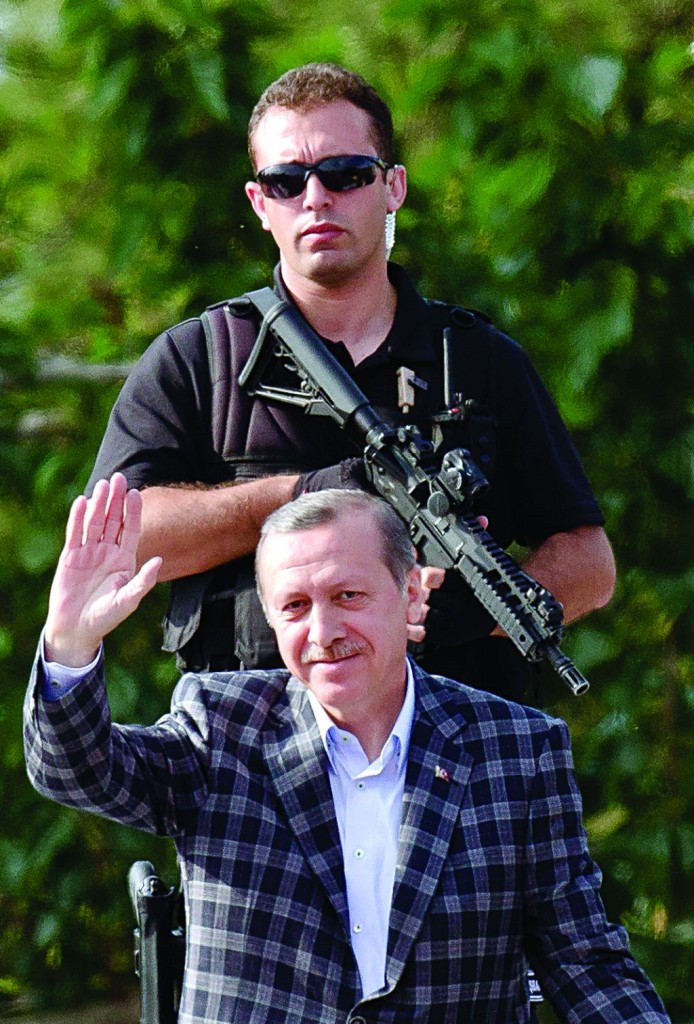 Turkish Prime Minister Tayyip Erdogan told a rally of thousands of flag waving supporters on Sunday that his patience with anti-government protests had its limits, while tens of thousands flooded an Istanbul square demanding his resignation.

The majority Muslim but constitutionally secular nation has been shaken by a week of its fiercest protests in decades, unrest which has exposed fault lines between a religiously conservative heartland fiercely supportive of Erdogan and a secular middle class who fear creeping authoritarianism.

At a rival rally at Gezi Park in Istanbul’s central Taksim Square, where riot police backed by helicopters and armored vehicles first clashed with protesters a week ago, tens of thousands chanted for the prime minister to resign.

What began as a campaign against government plans to build over Gezi Park spiraled into an unprecedented display of public anger over the perceived authoritarianism of Erdogan and his Islamist-rooted AK Party.

Erdogan has made clear he has no intention of stepping aside, pointing to the AK Party’s rising share of the vote in the past three elections, and has no clear rivals inside the party or out.

Over the years, he has enacted many democratic reforms, taming the military after a string of coups, starting entry talks with the European Union and forging peace talks with Kurdish rebels to end a three-decade-old war.

But in recent years, critics say his style, always forceful and emotional, has become authoritarian.