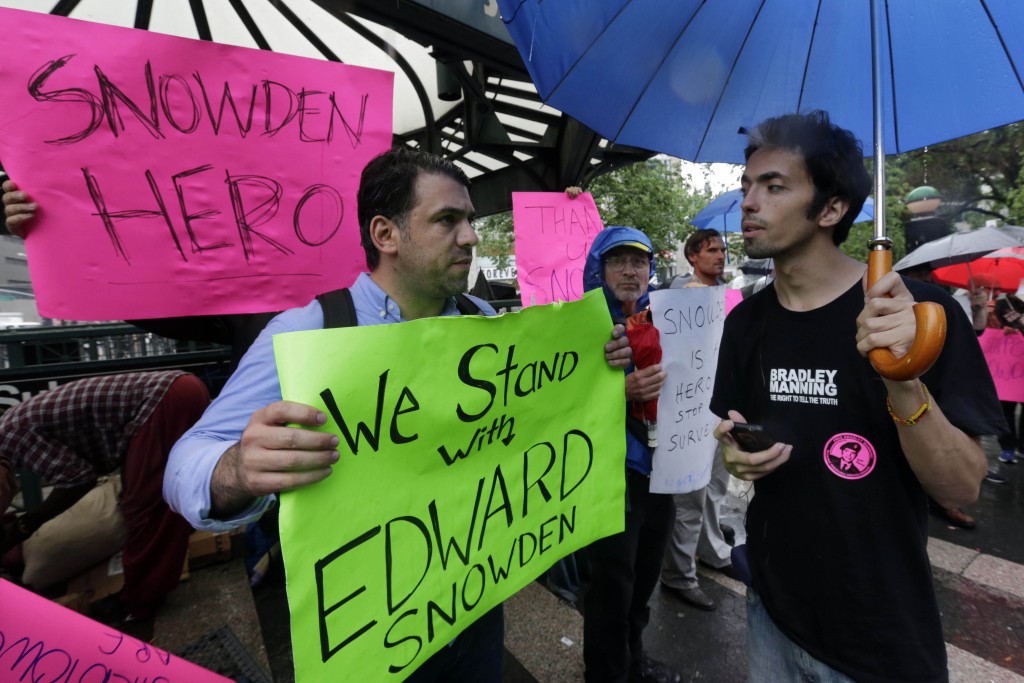 The man who exposed two sweeping U.S. surveillance programs and touched off a national debate on privacy versus security, risks decades in jail for the disclosures to reporters — if the U.S. can extradite him from wherever he will take refuge.

Edward Snowden, 29, who says he worked as a contractor at the National Security Agency and the CIA, allowed The Guardian and The Washington Post newspapers to reveal his identity Sunday.

Both papers have published a series of top-secret documents outlining two NSA surveillance programs. One gathers hundreds of millions of U.S. phone records while searching for possible links to known terrorist targets abroad, and the second allows the government to tap into nine U.S. Internet companies to gather all Internet usage to detect suspicious behavior that begins overseas.

The revelations have reopened the post-Sept. 11, 2001, debate about individual privacy concerns versus heightened measures to protect the U.S. against terrorist attacks. The NSA has asked the Justice Department to conduct a criminal investigation into the leaks. Government lawyers are now “in the initial stages of an investigation into the unauthorized disclosure of classified information by an individual with authorized access,” said Nanda Chitre, Justice Department spokeswoman.

President Barack Obama said the programs are authorized by Congress and subject to strict supervision of a secret court, and Director of National Intelligence James Clapper says they do not target U.S. citizens.

But Snowden claims the programs are open to abuse.

“Any analyst at any time can target anyone. Any selector. Anywhere,” Snowden said in a video on the Guardian’s website. “I, sitting at my desk, had the authority to wiretap anyone, from you or your accountant to a federal judge to even the president if I had a personal email.”

Senate intelligence committee chairman, Democrat Dianne Feinstein, contends the surveillance does not infringe on U.S. citizens’ privacy, and that it helped disrupt a 2009 plot to bomb New York City’s subways and played a role in the case against an American who scouted targets in Mumbai, India, before a deadly terrorist attack there in 2008.

Clapper has decried the revelation of the intelligence-gathering programs as reckless and said it has done “huge, grave damage.”

The spokesman for the Director of National Intelligence Shawn Turner said intelligence officials are “currently reviewing the damage that has been done by these recent disclosures.”

The disclosures come as the White House deals with managing fallout from revelations that it secretly seized telephone records of journalists at The Associated Press and Fox News.

Snowden could face many years in prison for releasing classified information if he is successfully extradited, according to Mark Zaid, a national security lawyer who represents whistleblowers.

Snowden was in Hong Kong until Monday. Hong Kong, though part of China, is partly autonomous and has a Western-style legal system that is a legacy from the territory’s past as a British colony. A U.S.-Hong Kong extradition treaty has worked smoothly in the past. Hong Kong extradited three al-Qaida suspects to the U.S. in 2003, for example.