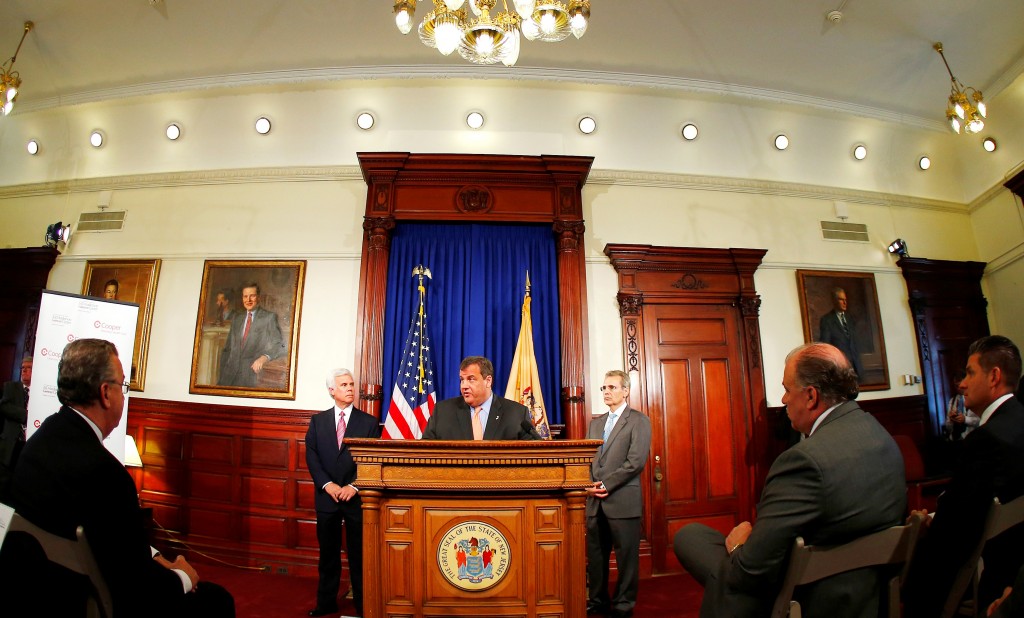 Two elected officials from North Jersey are set to become the latest Democrats to back Republican Gov. Chris Christie in his bid for re-election this fall.

State Sen. Brian Stack endorsed Christie on Monday afternoon in Union City, and Essex County Executive Joe DiVincenzo will endorse him Tuesday in West Orange. Stack is also mayor of Union City, the most densely populated city in America with 67,000 people living within its 1.3 square miles.

The governor, a possible 2016 presidential contender, is looking to win by a landslide against Democrat Barbara Buono in part with what he hopes to be a display of bipartisan appeal. He has already been endorsed by 14 less well-known Democrats and by a network of Latino leaders.

“I can’t believe I’m being accused of being self-serving,” Christie said, with mock hurt. “I’m cut to the quick.”

He said his decision should appease Democrats who threatened to sue if he appointed a Republican to the seat until November 2014, when the seat is due for re-election.

“I heard my Democratic friends say they wanted a senator as soon as possible,” the governor said. “They’re getting a senator sooner than they hoped, elected by the people.”

Lawsuits have been filed to move the special election to Nov. 5, the date of the general election.

Another influential Democrat, South Jersey political leader George Norcross III, stood with Christie at the Statehouse on Monday for an announcement on an advanced cancer treatment center serving residents in that region. Norcross is chairman of the board of Cooper Health System.

Norcross didn’t answer directly when asked whether standing with Christie might mean another Democratic endorsement was on the way. Instead, Norcross said he and the governor have been partners on an issue that matters to both: improving lives and opportunities in and around the impoverished city of Camden.