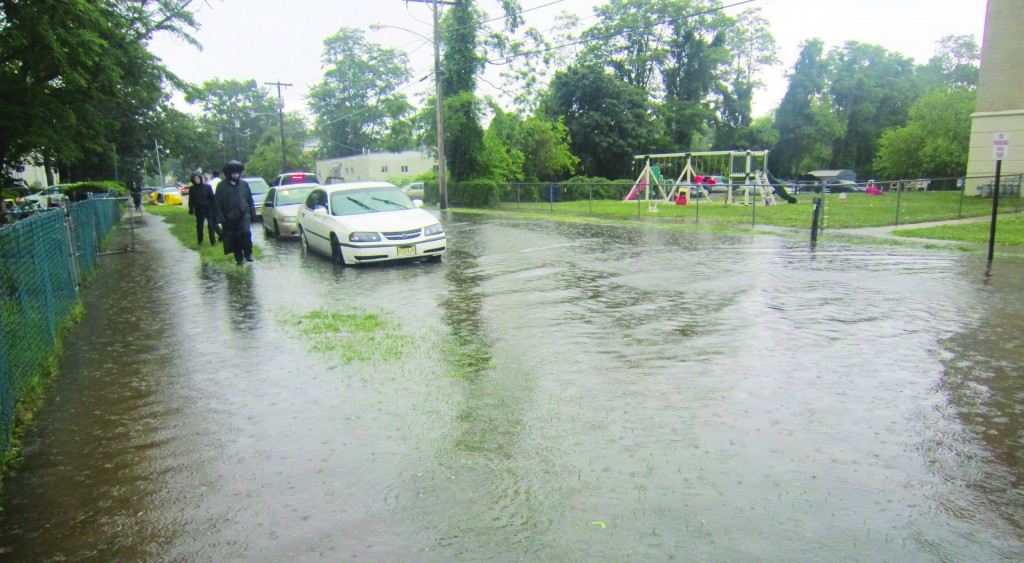 A soaking downpour Monday morning combined with remnants of Hurricane Andrea to flood Lakewood, with some reports of people having to walk in streets with up to two feet of rainwater.

The flooding closed numerous streets around town, along with reports of downed wires. Motorists attempting to drive through the waters got stuck, with one resident saying that he couldn’t open his basement door since there was a flood of water pressing against it.

The National Weather Service issued a flood watch in effect through New Jersey’s 21 counties until early Tuesday morning, and the Lakewood Police Department was urging motorists not to attempt to drive through the deep water.

According to TheLakewoodScoop.com, Chaveirim reported receiving about 40 calls in a 30-minute span, most for vehicles stuck in water or heavy flooding in homes and schools.

The weather service predicted that once the rain clears on Tuesday evening, New Jerseyans could look forward to a sunny day Wednesday. The chance of rain returns Wednesday night into Thursday, which will be mostly cloudy, and, finally, a sunny Friday.