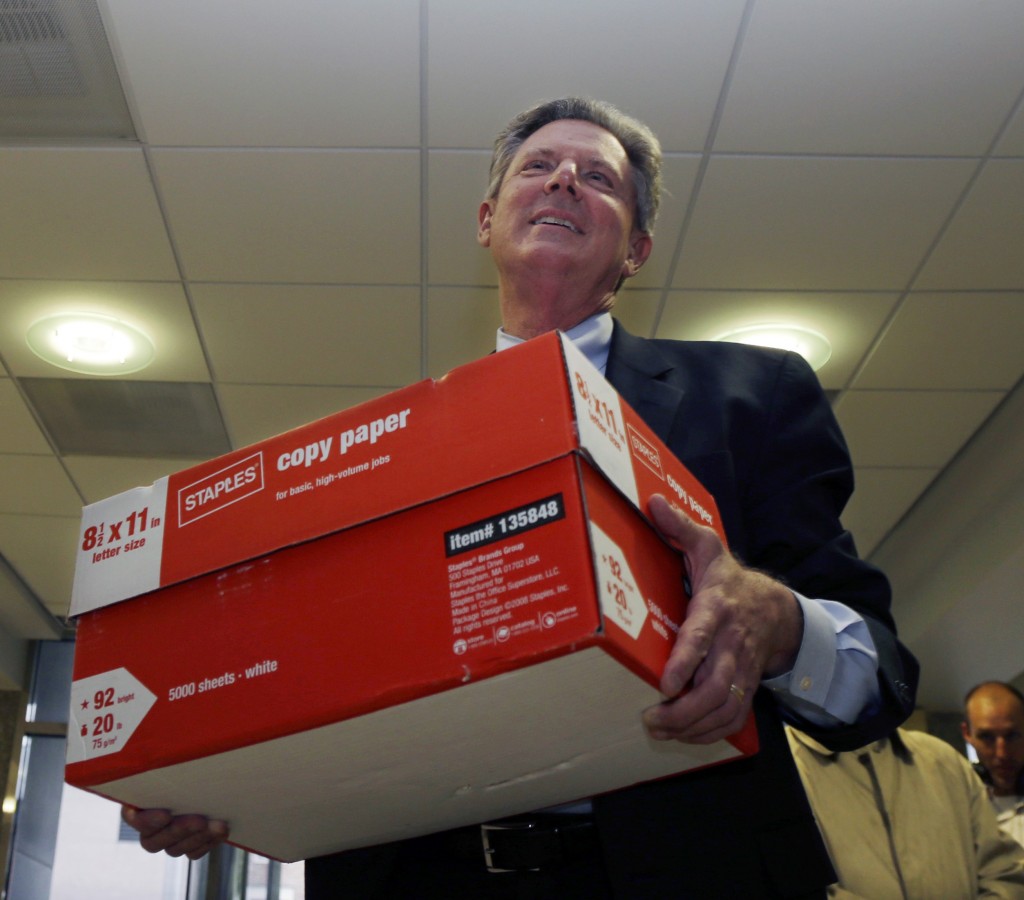 The field was set Monday for New Jersey’s special U.S. Senate election as two polls showed what observers suspected: Newark Mayor Cory Booker is the early front-runner for the seat.

With varying degrees of fanfare, candidates or their surrogates showed up Monday at the Division of Elections office to file their petitions for an election that no one knew was coming until a week ago.

All of them touted that they easily surpassed the 1,000 signatures required, with the highest tallies reaching more than 7,000. One came with an entourage of two dozen, one walked into the building alone, toting a box full of petitions as staffers stood back.

The candidates range from one who hasn’t run for office before to one who’s been elected more than a dozen times. Even Patrick Murray, a Monmouth University political scientist, was on hand offering instant analysis as candidates filed their petitions.

One hopeful, Republican Steve Lonegan, proclaimed that the election would be historic.

It will certainly be unlike anything New Jersey has seen, with the primary set for Aug. 13, the peak of vacation season, and the election set for three weeks before the general election, when the governor’s race will be decided.

With the deadline looming, perhaps the biggest mystery was whether any Republicans besides Lonegan would enter. One did: Somerset physician Alieta Eck, who said she opposes President Barack Obama’s health insurance overhaul but said she is still formulating stances on other issues.

Lonegan, who has twice lost gubernatorial primaries, had about two dozen supporters with him. One taped a Lonegan sign to a wall, and it remained in view as Democratic U.S. Rep. Frank Pallone spoke on camera a few minutes later carrying his own box of petitions. Lonegan pledged to unite tea party groups and establishment Republicans.

“I don’t care which of the Democrats wins that primary,” he said. “They’re all the same. They’re all rubber stamps for Barack Obama.”

On the Democratic side, the candidates were all expected: Booker, U.S. Reps. Rush Holt and Frank Pallone and state Assembly Speaker Sheila Oliver.

Booker is better known and has broader support than the others, according to polls released Monday. A poll also showed any of the three Democrats ahead in a matchup with Lonegan.

Booker, who held two weekend campaign kickoff events, and Holt were the only candidates not to submit petitions in person. Oliver filed in the last hour before the 4 p.m. deadline. She said one reason to run was that all 14 members of the state’s congressional delegation are men.