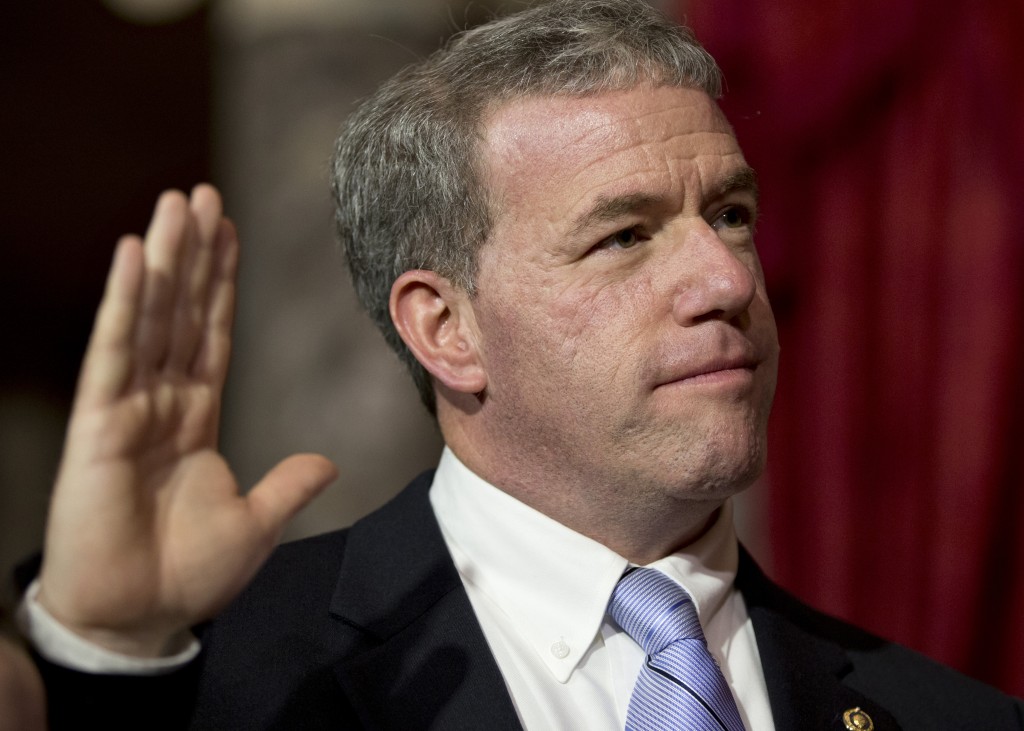 Jeffrey Chiesa (kee-AY’-sah) of New Jersey is the Senate’s newest member, but he’ll only be around for four months.

“I have work to do to learn about the institution and about the issues,” said Chiesa. “I’m getting my legs steadied underneath me and I’ll do everything I can to fulfill my obligation to the people that I represent.”

A longtime Christie colleague, Chiesa has never held or run for political office and will not seek Lautenberg’s former seat in the special election. The special election in October is to fill the seat until the term expires in January 2015.

Chiesa arrives as the Senate tackles a bipartisan immigration overhaul this week that would offer a path to citizenship for millions of immigrants living in the country illegally. He’s described himself as a conservative who favors putting border security first on immigration.

“Senator Chiesa comes at a time in which we are having some momentous debates in this nation,” said Sen. Robert Menendez (D-N.J.). He added that Chiesa would be casting some “critical votes” in the coming months and that he looked forward to working with him.