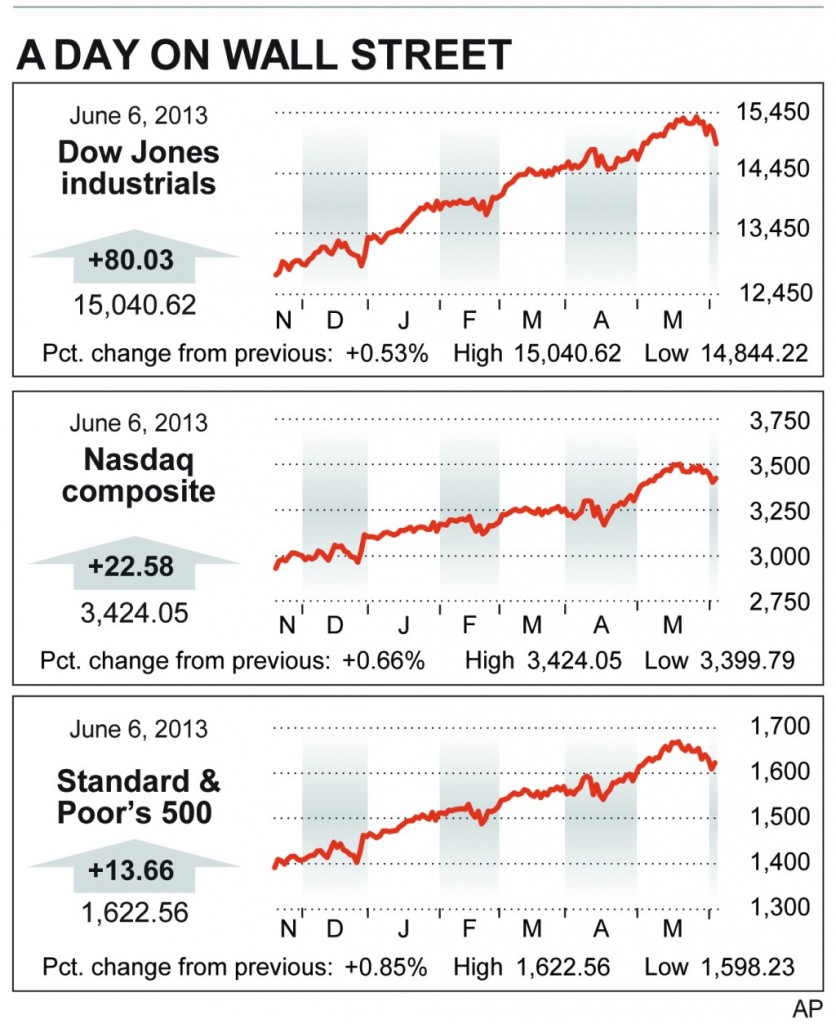 A bouncy ride on Wall Street ended with a modest gain Thursday.

The stock market broke a two-day losing streak as traders reacted to news from Europe and looked ahead to the government’s monthly employment report.

The Dow Jones industrial average ended 80 points higher. The average of 30 big companies dropped as much as 116 points in the early afternoon after the European Central Bank’s president, Mario Draghi, signaled that the bank wouldn’t take more steps to shore up Europe’s ailing economies.

Financial markets have turned volatile over the past two weeks as traders parse comments from Federal Reserve officials for hints about when the bank will cut back on its support for the economy. A batch of weak manufacturing reports has also heightened concerns about the economy’s strength.

One concern for some investors is the recent rise in long-term interest rates. Those rates will likely climb further when the economy improves and the Fed scales down its monthly purchases of $85 billion in bonds. Rates remain near historically low levels.

“As interest rates come back to more normal levels, it’s probably going to cause volatility,” said Tim Speiss, chairman of the personal wealth advisers practice at EisnerAmper. “But that should be viewed as healthy.” 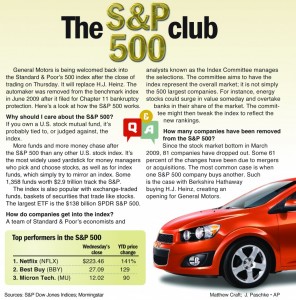 The yield on Spain’s 10-year government bond spiked to 4.65 percent from 4.41 percent as demand for the bonds dropped. Stock markets fell 2.6 percent in Italy, 1.2 percent in Germany and 1 percent in France.

In the market for U.S. government bonds, the yield on the 10-year Treasury note edged down to 2.07 percent from 2.09 percent late Wednesday.

The yield, which acts as a benchmark for mortgages and other loans, has climbed steadily since hitting a recent low of 1.63 percent May 3. That day the government reported a surge in hiring over the previous three months. Expectations that the Fed will ease back on its bond-buying sometime soon are prompting traders to sell bonds, pushing yields higher.

Early Thursday, the Labor Department said that the number of Americans applying for unemployment benefits fell by 11,000 last week to 346,000, a level that’s consistent with steady job growth.

Speiss called the drop in claims, which tend to fluctuate sharply week to week, a “good sign.” Speiss said it’s far from certain that the government’s monthly employment survey will give investors anything to cheer on Friday. Economists predict that employers added 170,000 jobs last month. A report that’s much better or worse than expected can drive trading for weeks afterward.

Last month, for instance, news that the unemployment rate dropped to 7.5 percent, a four-year low, pushed the S&P 500 above 1,600 for the first time.

David Joy, chief market strategist at Ameriprise Financial, said Friday’s report is especially important for investors because the Fed has made it clear that the job market will determine whether the bank pulls back on or extends its bond-buying effort.

“We’re in a battleground between what the Fed is going to do and what the economy is going to do, and there’s no clear direction on either,” Joy said.