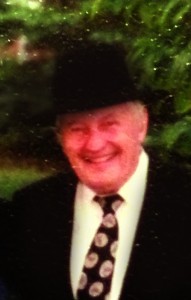 Kehillos from Satmar, Torah Vodaath and Emunas Yisroel joined Thursday in mourning Reb Avraham Yissocher Hasenfeld, a talmid chacham and philanthropist who was niftar the night before. He was 88.

Menachem Hasenfeld, a nephew of Reb Yissocher, or Susu, as he was known, said that his uncle combined his Torah upbringing in the town of Satmar with his later success in Manhattan’s diamond district.

“He was considered a tremendous talmid chacham for a baal habayis by such Gedolim as Harav Shneur Kotler,” Mr. Hasenfeld said. “He was a baal tzedakah who gave a lot of tzedakah secretly.”

Born in Satmar in 1924 to Reb Yeshaya Hertz and Rivka Etya, descendants of the Bnei Yissachar, Susu grew up in the shadow of Harav Yoel Teitelbaum, zt”l, and considered himself a lifelong chassid and talmid of Satmar.

He emerged from Auschwitz at war’s end weighing 70 pounds and immigrated to the United States to begin life anew. While living in Williamsburg, he married his wife, Zissy, a fellow Satmar expatriate. Together they built a home renowned in the Jewish world for Torah and generosity.

“She was an eishes chayil. She stood by him at all times, until the last second,” Mr. Hasenfeld, the nephew, said, “though 63 years of marriage.”

Susu was a man driven to make up for the years lost in the war. He had a love for Torah and gave a shiur in the Sighiter beis medrash in Boro Park every Shabbos. Shortly after arriving in the United States, he started a business in 47th Street’s diamond district and became very successful. He eventually went into manufacturing and cutting bigger stones.

Mr. Hasenfeld used his fortune to help a host of causes. He helped raise funds for special-needs children and a wide number of yeshivos, as well as for individuals. He donated thousands of pounds of matzos to needy families before Pesach.

Kevurah was in the Emunas Yisroel chelkah in the beis hachaim of Deans, N.J.

Mr. Hasenfeld is survived by his wife, Mrs. Zissy Hasenfeld, and his children, Reb Hertzy, Reb Efraim and Mrs. Feigy Stein, and four generations of marbitzei Torah and Yirei Shamayim. Shivah will be observed at 1655 48th Street until Wednesday morning.

This article appeared in print on page 1 of the June 7th, 2013 edition of Hamodia.