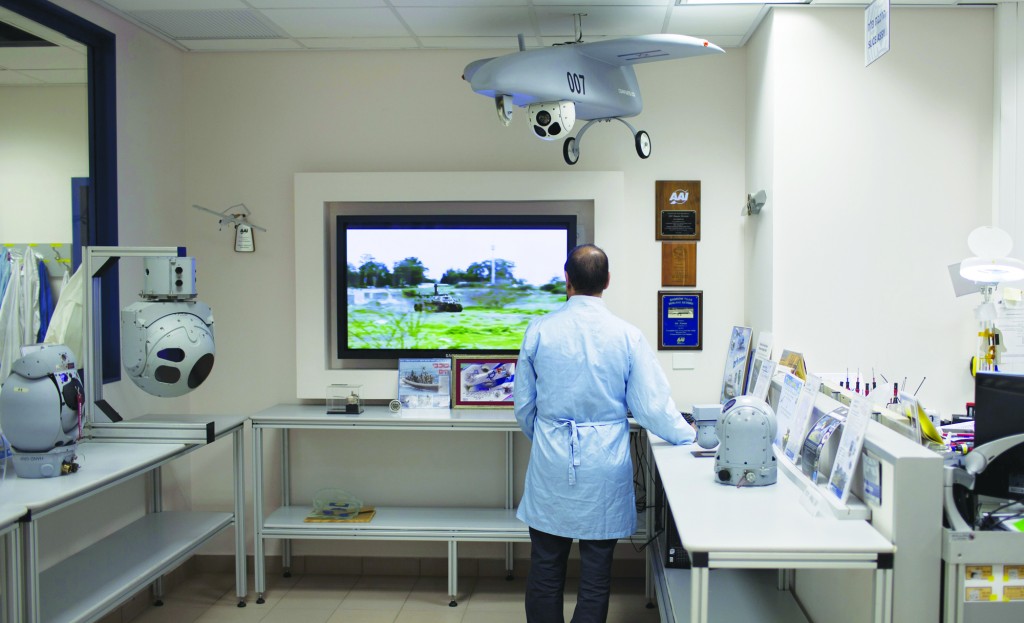 In an expansive hangar in central Israel, workers toil on one of the world’s most contentious aircraft, fitting dozens of drones with advanced sensors, cameras and lasers before they are shipped to militaries worldwide to perform highly sensitive tasks.

Israel — a pioneer of drone technology — has emerged as the world’s leading exporter of the aircraft and its accessories, putting it in a strong position as the industry continues to grow

A report produced by U.S. consulting firm Frost & Sullivan determined earlier this year that Israel is now the largest exporter of unmanned aerial systems, surmounting aerospace giants in the U.S. The report said that from 2005 to 2012, Israel exported some $4.6 billion worth of systems, including aircraft, payloads, operating systems and command and control caravans. U.S. overseas sales for the same time period were between $2 billion and $3 billion, the report said.

Israel is well-positioned for the future. Analysts see demand for military UAVs quadrupling over the next decade, driven by their success in wars in Iraq and Afghanistan, where they have been used by Western forces to monitor and attack terrorists. Countries like Italy, Germany and South Africa, among others, also export their drones, and dozens of others have started their own UAV programs.

Global spending on the technology is expected to jump from an estimated $6.6 billion this year to $11.4 billion in 2022, according to the Teal Group, which analyzes the aerospace industry. A fledgling civilian market is also expected to surge.

Defense officials say that drones account for roughly half of the military’s flight time.

Drones proved essential in Israel’s last two wars in the Gaza Strip, providing its troops eyes over its enemies in congested urban areas of the Palestinian territory, and are lauded for sparing dozens of soldiers’ lives. They also keep watch on neighboring Syria and Lebanon.

At a recent tour of the sprawling state-owned Israel Aerospace Industries complex in central Israel, The Associated Press was shown some of the company’s cutting-edge technology. IAI has produced one of the world’s largest drones, the Heron TP, which has a wingspan of 26 meters (85 feet) and can reach Iran. Another, the Heron 1, can remain in the air for about 45 hours. A smaller drone can be assembled in the field, its parts carried on the backs of two servicemen.

IAI’s subsidiaries produce sensitive radars that can scan swaths of territory even during the most inhospitable weather conditions. Software can detect in real time movements on the ground. A laser beamed from a drone can guide a missile fired from a nearby jet. Cameras transmit home high-definition footage of enemy activity below.

Congress has directed the FAA to provide drones with widespread access to domestic airspace by 2015, but the agency is behind in developing regulations and isn’t expected to meet that deadline. Still, Israeli companies hope to nab a chunk of that new market.