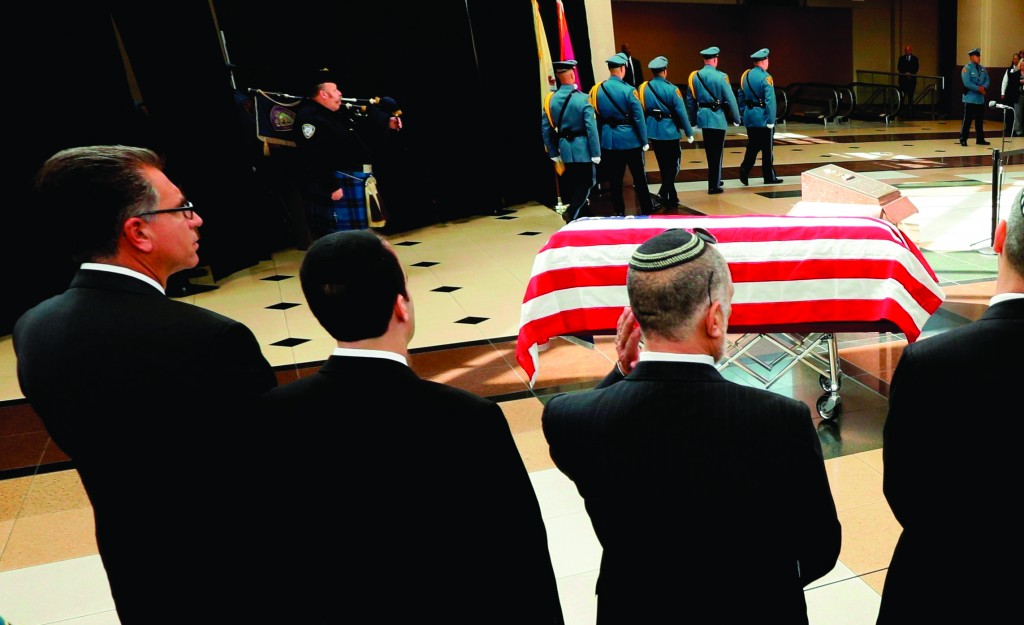 It’s only fitting that a man remembered as Mr. Transportation took his final trip to Washington aboard an Amtrak train Wednesday.

U.S. Sen. Frank R. Lautenberg of New Jersey was remembered at his funeral at a New York City synagogue by admirers, including Vice President Joe Biden, former Secretary of State Hillary Rodham Clinton and several of Lautenberg’s children and grandchildren, who spoke of his drive to fight for what he believed, whether on the Senate floor or around the dinner table, up until his death Monday at 89 of complications from viral pneumonia.

Perhaps Lautenberg’s chief cause was mass transit, for which he worked to secure hundreds of millions of dollars during his 30 years in the Senate. He spearheaded legislation that revitalized a beleaguered Amtrak and other passenger rail systems, authorizing them money to increase high-speed rail and other initiatives.

“If it wasn’t for Frank, Amtrak wouldn’t be what it is today. That’s not an exaggeration,” Biden said.

The senator was best known among Jewish activists for the 1990 “Lautenberg Amendment,” which gives special immigration treatment to Soviet Jews fleeing religious oppression.

Bonnie Englebardt Lautenberg, his widow, said at the funeral that during a Democratic convention in Boston they were in a cab with a Russian driver. Her husband asked how he was able to come to the country.

“Lautenberg amendment,” the cabbie said. “I’m Lautenberg,” the senator responded. It took a while for the cabbie to believe it, but when he did, he refused payment, but the senator insisted on paying.

Lautenberg’s casket was sent after the service to Washington, and his body will lie in repose in the Senate chamber.

Noting that he himself made more than 8,000 Amtrak trips as a senator, Biden said that he once rushed from the Senate to catch the train, only to have a conductor tell him, “It’s okay — we’re holding it for Lautenberg,” Biden said to laughter.

After the funeral, Lautenberg’s body was taken to Secaucus’s Frank R. Lautenberg Secaucus Junction Station, which Congress voted to name for him in 2000. A brief ceremony in the station’s rotunda honored him, and then an honor guard of police officers, bagpipers and drummers escorted the casket to a platform.

“He is, and was, Mr. Transportation,” New Jersey’s other senator, Robert Menendez, told reporters Monday, choking up as he spoke. “If you think about mass transit as a whole, [you] gotta be thinking about Frank Lautenberg.”

Lautenberg, the oldest senator and the last World War II veteran to have served there, will be buried at Arlington National cemetery on Friday.