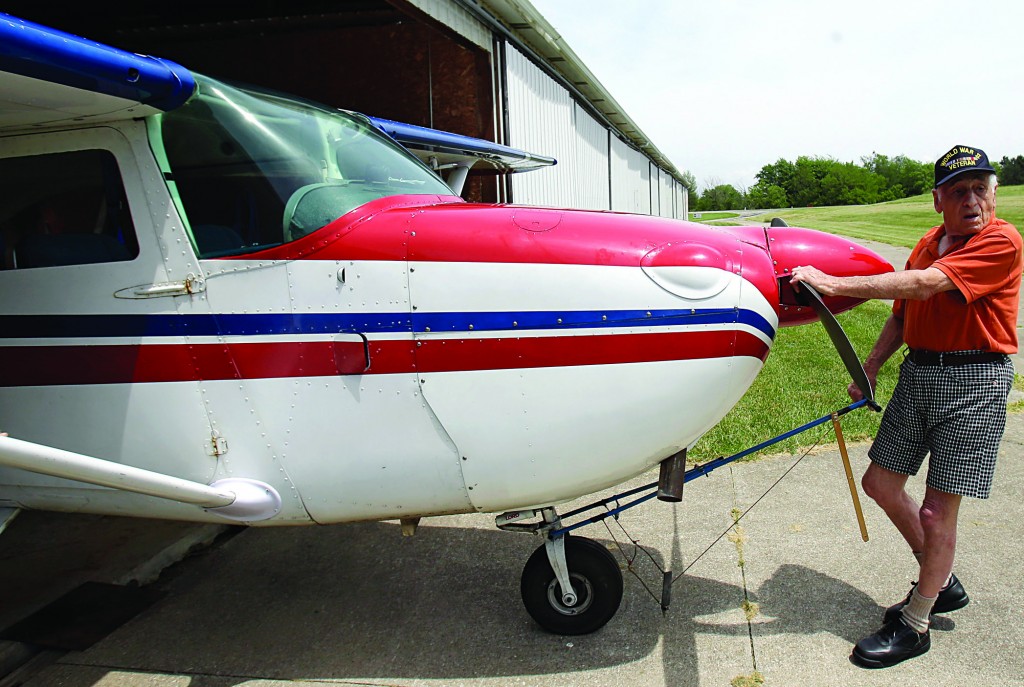 A 90-year-old pilot completed his birthday quest to fly 90 passes across the U.S.-Canadian border in his Cessna 172 Tuesday, even tallying a few extras a day after high winds got in the way of his plans.

“I’ll be back in 10 years for my 100th,” John Lawton of Seville, Ohio, said a few hours after parking his 1964 airplane at a Niagara Falls airport.

Lawton, with his daughter, Brenda Alberico, by his side keeping count, performed a series of figure eights over the Niagara River border, north of Buffalo, detouring for a few laps around nearby Niagara Falls, which straddles the U.S. and Canada.

“There were no surprises really,” Lawton said matter of factly. He said the idea came to him about three years ago.

“I just had this idea, it might be a stunt, to fly 90 turns across the international border when I’m 90 years old,” he said on the tarmac of Niagara Falls Aviation, his red, white and blue Cessna behind him.

His birthday was Monday but his flight plans were cut short by high winds. He and Alberico got 28 passes in, making wider S-turns, before landing. With better conditions Tuesday, Lawton did tight figure eight patterns, completing 68 crossings, including four at Niagara Falls, in under an hour and a half.

“I like to fly,” shrugged Lawton, who has been a pilot for 56 years.

Lawton lived in western New York while employed by Cornell Aeronautical Laboratory, which later became Calspan Corp., from 1951 to 1978. After the flight Tuesday, he got a tour of Calspan, located across from the Buffalo Niagara International Airport where he began his flight. The airport’s air traffic controllers were aware of the plans and gave their okay.

Alberico traveled from Frisco, Colo., to be at her father’s side.

“I was tracking the turns and recording them on his GPS. He was doing the flying and it takes a lot of concentration for these kind of tight turns,” said Alberico, who managed to avoid motion sickness.

“I think I was the last of the seven children who said yes, to be honest,” she said when asked what made her come along.

Lawton did not want his son, who is also a pilot, along so there would be no question that Lawton was at the controls. A few sisters get air sick so they were ruled out.

Alberico said the mood was low key upon landing.