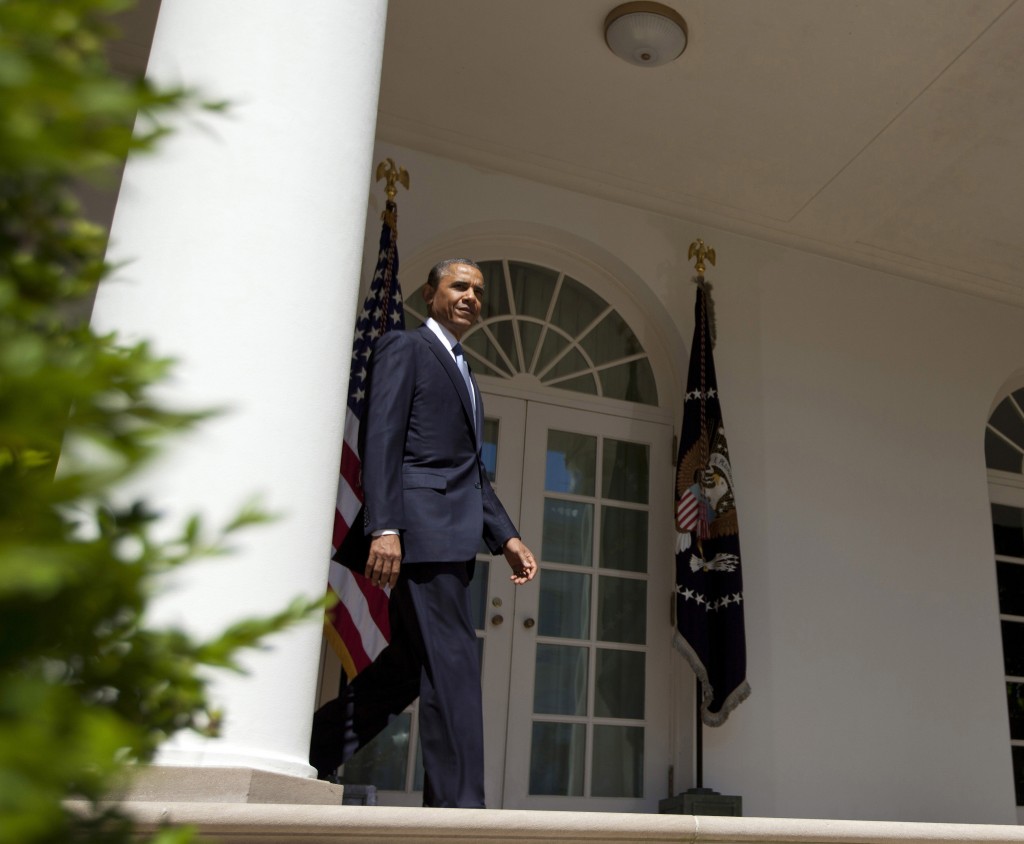 Signaling he was geared up for a confirmation fight, President Obama nominated three judges to seats on a high-profile federal court on Tuesday and delivered a challenge to the Senate to “do its job.”

The White House rolled out the pomp and hot rhetoric for the announcement. Speaking before friends, colleagues and some Democratic senators in the Rose Garden, Obama did not even name his choices before launching into his complaints about the Senate’s delay in confirming his judicial picks.

“Time and again congressional Republicans cynically used Senate rules and procedures to delay and even block qualified nominees from coming to a full vote,” Obama said. “So this is not about principled opposition; this is about political obstruction.”

Obama’s first choice to fill a vacancy on the influential court, Caitlin Halligan, languished in the Senate for more than two years before she withdrew from consideration earlier this year. A second nominee, Sri Srinivasan was confirmed last month, bringing the number of full-time judges on the D.C. circuit to eight.

Four are Republican appointees, and four are Democratic appointees.

But the court also has six senior judges who regularly hear cases, and five of them were Republican appointees. So, while Obama and the Senate Democrats would like to fill the three open seats for full-time judges, Republicans have been content to keep the balance where it is.

In his remarks Tuesday, Obama went off-script to vent about the Republican delay tactics and he mocked claims that he is “packing” the influential court with liberal judges.

“We’re not adding seats here. We’re trying to fill seats that are already existing,” Obama said. “I didn’t create these seats. I didn’t just wake up one day and say, let’s add three seats to the District Court of Appeals. These are open seats. And the Constitution demands that I nominate qualified individuals to fill those seats. What I’m doing today is my job. I need the Senate to do its job.”