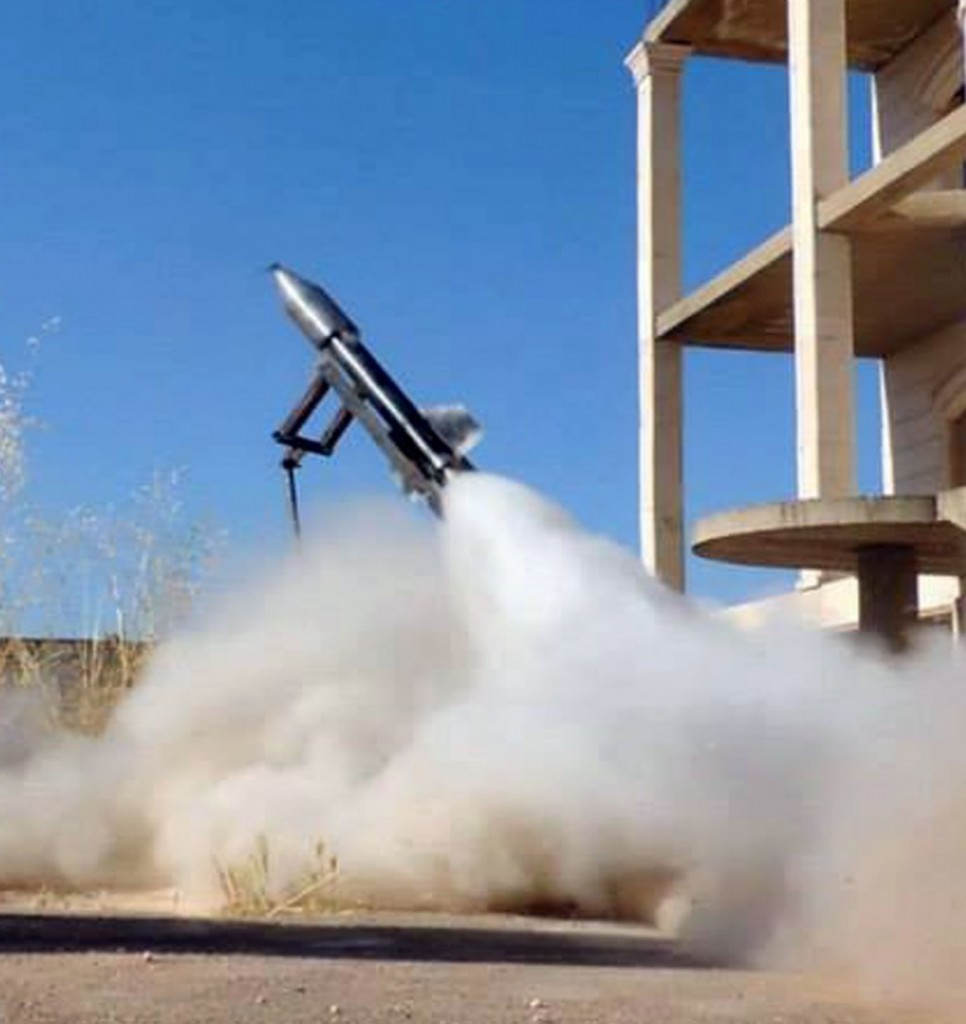 France said Tuesday it has confirmed that the nerve gas sarin was used “multiple times and in a localized way” in Syria, including at least once by the regime. It was the most specific claim by any Western power about chemical weapons attacks in the 27-month-old conflict.

Britain later said that tests it conducted on samples taken from Syria also were positive for sarin.

The back-to-back announcements left many questions unanswered, highlighting the difficulties of confirming from a distance whether combatants in Syria have crossed the “red line” set by President Obama. The regime of Syrian President Bashar Assad has refused to allow U.N. investigators into the country.

The French and British findings, based on samples taken from Syria, came hours after a U.N. team said it had “reasonable grounds” to suspect small-scale use of toxic chemicals in at least four attacks in March and April.

The U.N. probe was conducted from outside Syria’s borders, based on interviews with doctors and witnesses of purported attacks and a review of amateur videos from Syria. The team said solid evidence will remain elusive until inspectors can collect samples from victims directly or from the sites of alleged attacks.

At the same time, forensic evidence of alleged chemical weapons use is fading away with time, and the longer U.N. inspectors are kept out of Syria, the harder it will be to collect conclusive proof, they said.

Syria is suspected of having one of the world’s largest chemical weapons arsenals, including mustard and nerve gas such as sarin. In recent weeks, the regime and those trying to topple Assad have increasingly used accusations of chemical weapons as a propaganda tool, but have offered no solid proof.

In the West, meanwhile, the lack of certainty about such allegations is linked to a high stakes political debate over whether the U.S. should get more involved in the Syria conflict, including by arming those fighting Assad.

Obama has been reluctant to send weapons to the Syrian rebels, in part because of the presence of Islamic militants among them. Obama has warned that the use of chemical weapons or their transfer to a terrorist group would cross a “red line,” hinting at forceful intervention in such an event.

Yet he has insisted on a high level of proof, including a “chain of custody,” that can only come from on-site investigations currently being blocked by the regime.

In Tuesday’s announcement about sarin, French Foreign Minister Laurent Fabius said his government had analyzed several samples, including some brought back from Syria by reporters from the newspaper Le Monde.

He said that there was “no doubt” that at least in one case, the regime and its allies were responsible for the attack. “We have integrally traced the chain, from the attack, to the moment people were killed, to when the samples were taken and analyzed,” Fabius told media station France 2.

He said a line was crossed and that “all options are on the table,” including intervening “militarily where the gas is produced or stored.”

In London, Britain’s Foreign Office said samples from Syria were tested at a government laboratory and the presence of sarin was confirmed. It did not say when or where the samples were obtained.

Britain has evidence suggesting a number of different chemical agents have been used, “sometimes including sarin, sometimes not,” said Britain’s ambassador to the United Nations, Mark Lyall Grant.

White House spokesman Jay Carney, speaking before the British announcement, said the French report is “entirely consistent” with the Obama administration’s own findings, but added more work needs to be done to establish who is responsible for the use of the toxic substances and when they were used.

“We need more information,” he said.

Russia, meanwhile, has rejected intelligence the U.S. provided last month suggesting the Assad regime used chemical weapons on its own people, American officials said. A U.S. diplomatic delegation that was sent to Moscow failed to persuade Russian officials and prompted no change in the Kremlin’s support for Assad, said the officials, who spoke on condition of anonymity because they weren’t authorized to speak publicly on the matter.

Experts disagreed on whether the latest chemical weapons allegations mean Obama’s red line has been crossed.

Zanders said that while claims of chemical weapons use cannot be ignored, the details of the alleged attacks often don’t correspond to the purported symptoms shown in videos or reported by witnesses.

Analyst Michael Eisenstadt said he believes Obama’s red line “has indeed been crossed on a number of times, as there are persistent reports of limited, continued use of chemical weapons from various sources that seem fairly credible.”

The French findings give additional weight to previous suspicions, though “people will want to know about the chain of custody for the evidence,” said Eisenstadt, of the Washington Institute for Near East Policy think tank.

Since allegations of the use of chemical weapons first emerged late last year, the U.N. has investigated on two separate tracks, while France, Britain, Turkey and the U.S. have conducted additional probes.

The team appointed by the Human Rights Council has issued periodic updates about suspected war crimes in Syria, and Tuesday’s report dealt with chemical weapons, among a wide range of topics.

Separately, U.N. chief Ban Ki-moon appointed a U.N. team headed by Swedish chemical weapons experts Ake Sellstrom after the Syrian government asked for an investigation of a purported rebel attack on March 19 on the village of Khan al-Assal, near the northern city of Aleppo.

Syrian soldiers were reportedly killed, and the regime insisted that the U.N. probe be limited to that incident.

Ban wants a broader investigation, including a December incident in the central city of Homs in which opposition activists claimed six rebels died after inhaling white smoke pouring from shells fired in the area. Britain and France have also pushed to widen Sellstrom’s mandate, sending Ban information on additional alleged incidents.

Such allegations are typically based on three types of information that can be obtained without having investigators go into Syria — amateur videos, witness accounts and physiological samples.

Witnesses and doctors have been interviewed by Skype or after fleeing Syria, while Turkey, Britain and France have analyzed samples that were either smuggled out of the country or taken from suspected victims after they were hospitalized outside Syria.

The Obama administration also referred to such samples when it said in an April letter to two U.S. senators that the U.S. intelligence community had determined, with “varying degrees of confidence,” that the regime has used chemical weapons on a small scale, specifically the nerve gas sarin.

However, the administration cautioned that intelligence assessments are not sufficient, citing the stakes involved.

Some of the videos posted by activists have shown rows of people lying in what appear to be makeshift hospitals, breathing with the aid of oxygen masks, sometimes twitching as they struggle to breathe.

Such videos are often consistent with AP reporting of attacks in that area, but claims that chemical weapons were involved are impossible to verify. The regime continues to bar most independent reporting from areas of fighting.