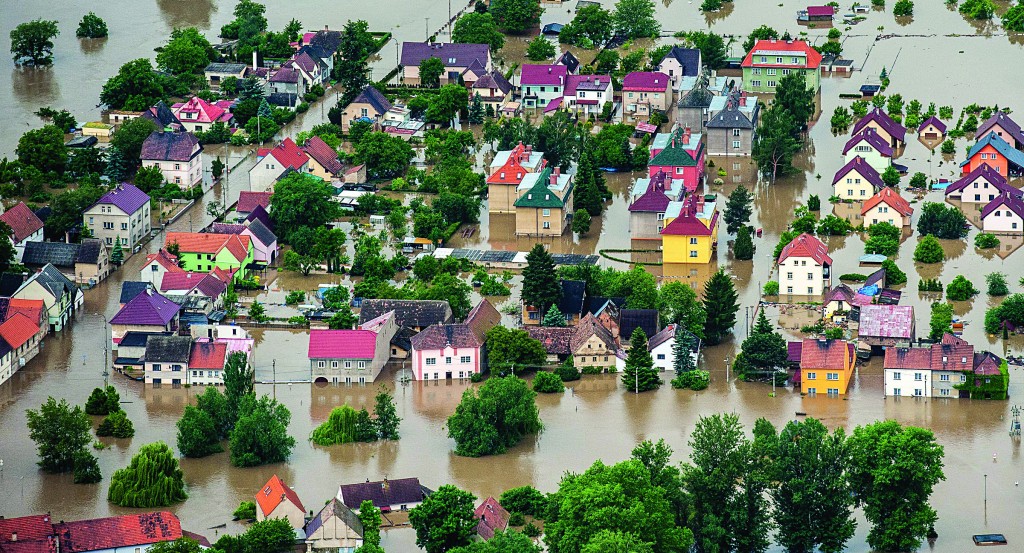 Germany dispatched thousands of soldiers Tuesday to help cities and towns cope with flooding from the rain-soaked Danube and other southern rivers — reinforcements that came a day after the Bavarian city of Passau saw its worst flooding since 1501.

The death toll rose to at least 10, including seven in the neighboring Czech Republic, where a man was found dead in the water in eastern Bohemia. Another nine people have been reported missing in the floods that have also swept through Austria and Switzerland.

Chancellor Angela Merkel toured flooded German regions, pledging 100 million euros ($130 million) in immediate federal help and holding out the possibility for more. She told reporters in Passau, a city of 50,000 on the Austrian border, that the damage looked even worse than during the massive flooding that hit central Europe in 2002.

Some 5,000 German soldiers were called in as well as more than 2,000 federal disaster workers and 700 federal police to sandbag areas in danger of flooding and provide other assistance. Water levels were still rising in major rivers such as the Danube and Elbe as well as tributaries.

In the Czech Republic, authorities evacuated animals from the Prague zoo and closed a major bridge in the capital on Tuesday.

The rain in Prague has halted but the Vltava river that runs through the city and flows into the Elbe was still raging, with currents and water levels far exceeding the norm. The famous Charles Bridge was closed as a precaution.

Authorities said the level of the Vltava in Prague has now begun to drop but excess water was expected to soon hit the Elba river, into which it flows downstream.

Passau, a city built around the intersection of the Danube, the Inn and the Ilz rivers, has been one of the worst hit by the flooding in central Europe.

After hitting the highest level in more than 500 years in Passau on Monday, the floodwaters there had dropped by an estimated 2.5 meters (nearly 8 feet) Tuesday but cities downstream like Regensburg were bracing for the water’s arrival.

Peak floodwaters coursing out of the Czech Republic were expected to hit Dresden, capital of the German province of Saxony, along the Elbe in three to four days. Already, the German cities of Pirna and Meissen were reporting flooding in their historic centers.

Cities and towns in the German states of Saxony Anhalt, Thuringia and Brandenburg were also hit with flooding.