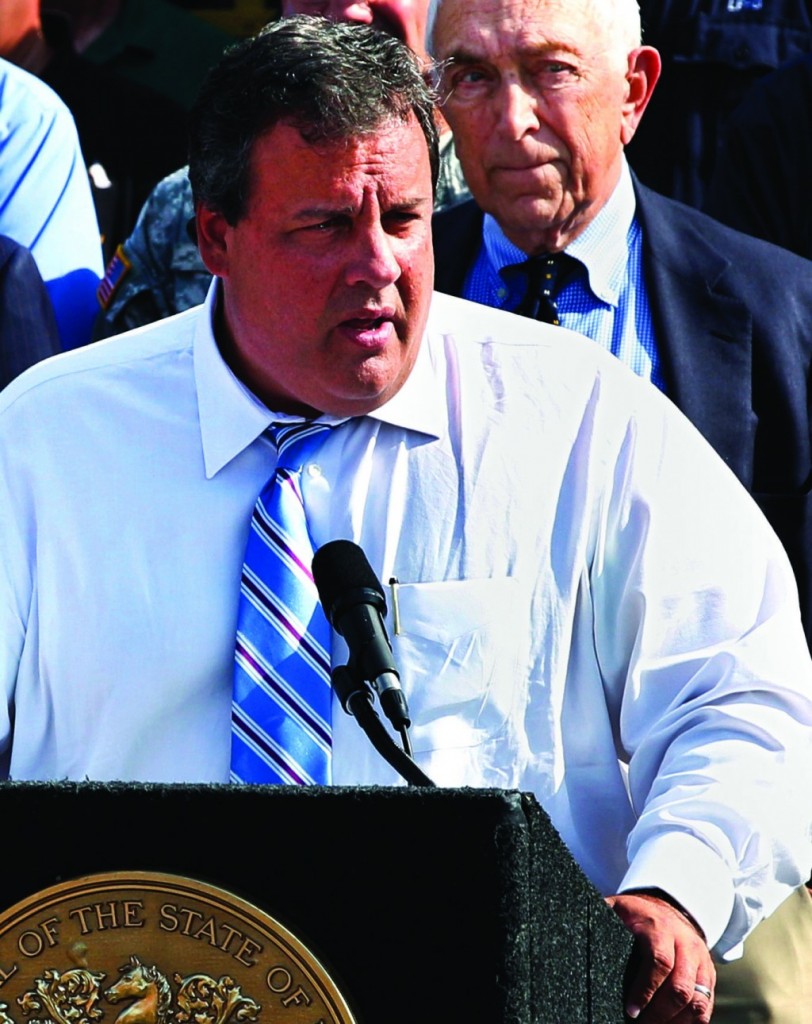 Gov. Chris Christie on Tuesday set an October special election to fill the Senate seat made vacant by Frank Lautenberg’s death, a decision that gets voters the quickest possible say on who will represent them in Washington but preserves Christie as the top attraction on November’s ballot.

The move means the state will have two statewide elections three weeks apart, a rare occurrence that Democrats immediately criticized as a wasteful move designed to help the governor’s political position.

At a news conference, Christie didn’t answer the big question of whom he’ll appoint to fill the seat in the meantime, but he said he has a list of possibilities in his head and will announce a decision quickly.

The Republican governor said he’s not obligated to nominate someone in line philosophically with the liberal Lautenberg. Christie plans to have the temporary representative in place when the Senate begins debating immigration reform next week.

Democrats said Christie’s decision to hold the special election separately from the regularly scheduled election is wasteful, noting that the special primary and election will cost an estimated $12 million each.

“Instead of holding an expensive special election that tries to protect the governor’s political vulnerabilities,” Codey said, “the voters should have the opportunity to have their say in the regular election in November.”

But Christie said that “the people need to have a voice and choice.” In opting for a primary rather than letting each party’s political committees select nominees, he said he didn’t want “insiders and a few party elites to determine who the nominee of the Republican party and the Democratic party will be.”

The Senate primaries will be held Aug. 13 and general balloting on Oct. 16. The winner of the special election will serve until Lautenberg’s term expires in January 2015.

The statewide general election is Nov. 5. That ballot will include the race between Christie and his expected Democratic challenger, state Sen. Barbara Buono.

Behind the scenes, Republicans had pushed for Christie to appoint a Republican and put off the Senate election until November 2014 to give the GOP appointee time to build a following among voters. The state’s Republicans have not elected a member of their party to the Senate since 1972 and Newark Mayor Cory Booker, the favorite to win the Democratic nomination, expects to mount a formidable campaign in the Democratic-leaning state.

There’s nothing in the law that would have stopped Christie from holding the Senate election on Nov. 5, the same day as the general election, said Frank Askin, director of the Constitutional Rights Clinic at the Rutgers-Newark School of Law.

Askin said Christie also could have scheduled the Senate election for the November election date in either 2013 or 2014. If he’d chosen the latter date, Askin believes Democrats would have challenged the decision and the state Supreme Court may have ordered the election held this November.

“It seems to me the option he chose was the only one that guarantees he will not be in an election with Cory Booker running on the Democratic line,” Askin said.

Booker, a popular Democrat, could drive black voters to the polls who might not otherwise be inclined to turn out for Buono. He announced months ago that he was planning to seek the Senate seat in 2014. Rep. Frank Pallone has also expressed interest.

Christie holds a clear advantage against Buono in terms of polling and funding, and a landslide victory in blue state New Jersey would help him make a compelling argument to GOP voters should he seek the presidency in 2016.

Republican operatives in key presidential states acknowledged the unusual timing of Christie’s decision, but said the move reinforces Christie’s image as a brash leader who often plays by his own rules.

“It’s Chris Christie. He’s going to do what he wants how he wants to do it,” said South Carolina-based Republican operative Hogan Gidley. “Some people love him for it and some people don’t.”

“This is definitely a strategic move by him to do what Chris Christie is very good at doing: maintain and grabbing any little glimmer of spotlight there is,” Hemmingway said.

Christie could announce an interim successor as early as Thursday. He is expected to name a Republican, and could look to a member of Congress, a state legislator, a member of his staff or an elder statesman in the party, like former Gov. Tom Kean Sr. All Christie would say Tuesday was that his list contained between one and 100 names, and that he would choose someone regardless of whether they were interested in running for the seat in 2014.

Christie said he’d choose someone who would not seek his guidance for every decision, but Rider’s Dworkin said the appointee would be viewed as an extension of Christie.

“People will look at the Christie appointee as ‘Here’s how Christie would have voted had he been in Washington,’” Dworkin said.