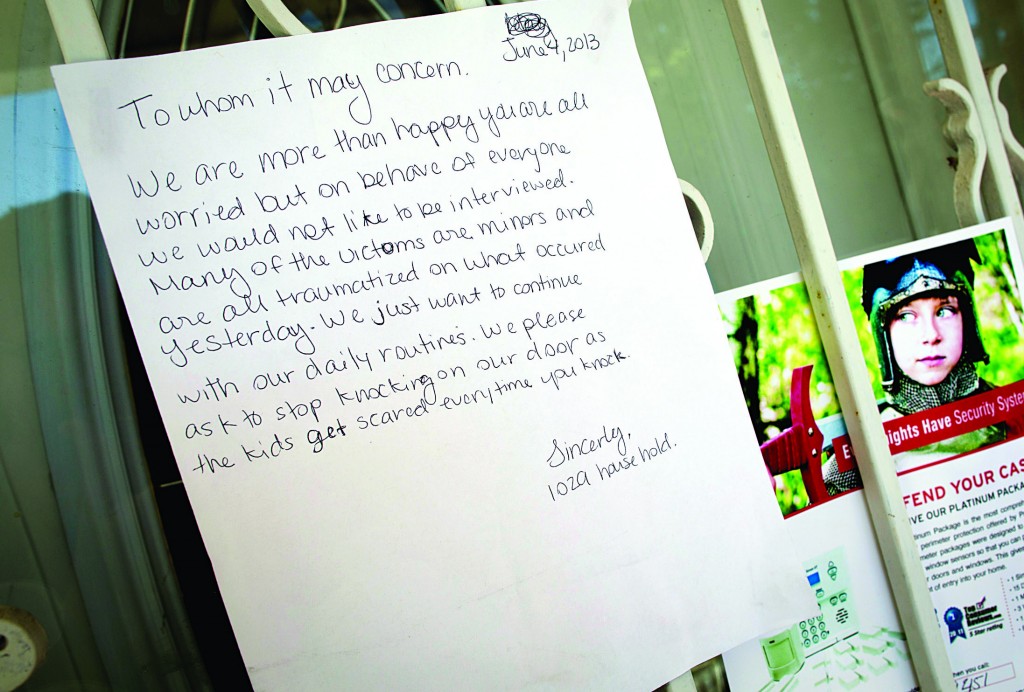 A 10-year-old boy picked up a gun that was dropped by a would-be robber dressed as a deliveryman and fired a shot, police said Tuesday. No injuries were reported.

Two men in disguise knocked on the door to the Brooklyn house at around 5:30 p.m. Monday, and two teenage sisters opened the door, police said. In video released Tuesday of the suspects, one man is seen carrying an open cardboard box and pushing his way into the home; a second suspect quickly follows.

The intruders went upstairs to the second floor. A 40-year-old woman, the owner of the home, then slammed a door on one of the men’s arms, causing him to drop his gun. It was picked up by the owner’s son, who fired a round that hit a wall. One of the suspects fired back, but no one was hit and the men fled the home without stealing anything.

Police are investigating. Other kids were in the home at the time, but police said they didn’t witness anything.

The family didn’t answer the doorbell Tuesday. Neighbors were shocked by the incident. They said the family moved to the area a few years ago, and keeps to itself.