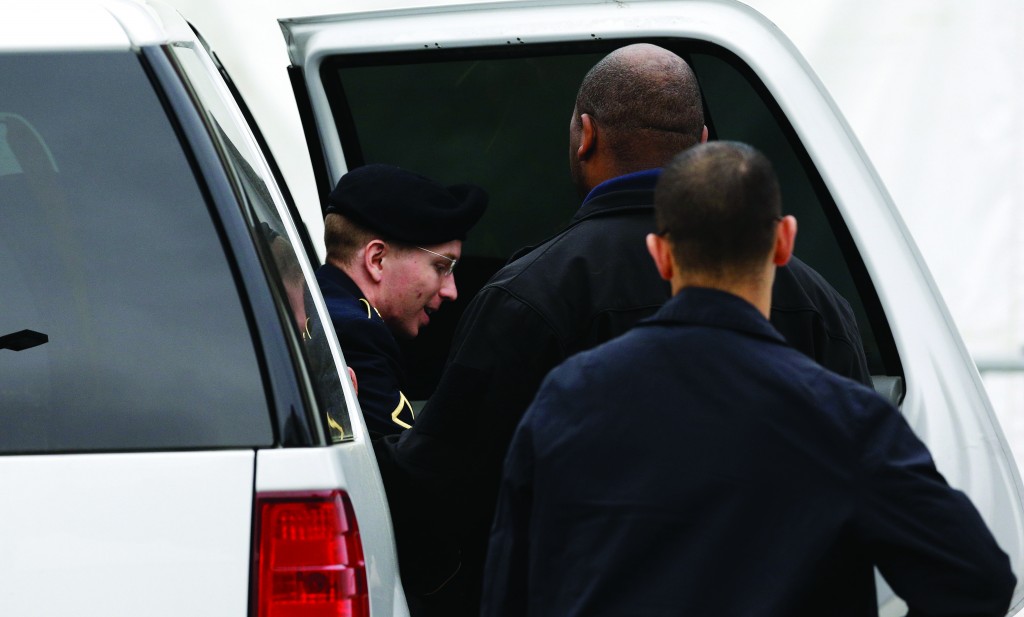 Pfc. Bradley Manning put U.S. military secrets into the hands of Osama bin Laden himself, prosecutors said Monday as the Army intelligence analyst went on trial over the biggest leak of classified material in American history.

Manning’s lawyers countered by arguing that he was a “young, naive but good-intentioned” soldier who thought he could make the world a better place by turning over hundreds of thousands of documents to the anti-secrecy website WikiLeaks.

Manning, 25, has admitted giving the material to WikiLeaks and pleaded guilty earlier this year to charges that could bring 20 years behind bars. But the military pressed ahead with a court-martial on more serious charges, including aiding the enemy, which carries a potential life sentence.

Prosecutors said they will present evidence that bin Laden requested and obtained from another al-Qaida member Afghanistan battlefield reports and State Department cables published by WikiLeaks.

“This is a case about a soldier who systematically harvested hundreds of thousands of documents from classified databases and then dumped that information onto the internet into the hands of the enemy,” prosecutor Capt. Joe Morrow said.

He said the case is “about what happens when arrogance meets access to sensitive information.”

In his dress blue uniform and wire-rimmed glasses, the slightly built Manning followed a slide show of the prosecutor’s hour-long opening statement, watching on a laptop computer at the defense table. The slide show also was projected on three larger screens in the courtroom, which had seats for only about 50 people.

Later, almost motionless, the soldier from Crescent, Okla., sat forward in his chair, looking toward his defense attorney, David Coombs, throughout his 25-minute opening statement.

Coombs said Manning struggled to do the right thing as “a humanist.” As an analyst in Baghdad, Manning had access to hundreds of millions of documents but selectively leaked material, Coombs said. He mentioned an unclassified video of a 2007 U.S. Apache helicopter attack that mistakenly killed civilians, including a Reuters photographer.

“He believed this information showed how we value human life. He was troubled by that. He believed that if the American public saw it, they too would be troubled,” Coombs said.

Manning chose to have his court-martial heard by a judge instead of a jury. It is expected to run all summer. Much of the evidence is classified, which means large portions of the trial are likely to be closed to reporters and the public.

Federal authorities are looking into whether WikiLeaks founder Julian Assange can also be prosecuted. He has been holed up in the Ecuadorean Embassy in London to avoid extradition to Sweden on separate crime allegations.

In February, Manning took the stand and read from a 35-page statement in which he said he leaked the material to expose the American military’s “bloodlust” and disregard for human life in Iraq and Afghanistan.

The case is the most high-profile prosecution for the Obama administration, which has been criticized for its crackdown on leakers. The six cases brought since Obama took office are more than in all other presidencies combined.

Manning’s supporters — including Pentagon Papers leaker Daniel Ellsberg — have hailed him as a whistleblowing hero and political prisoner. Others say he is a traitor who endangered lives and national security.