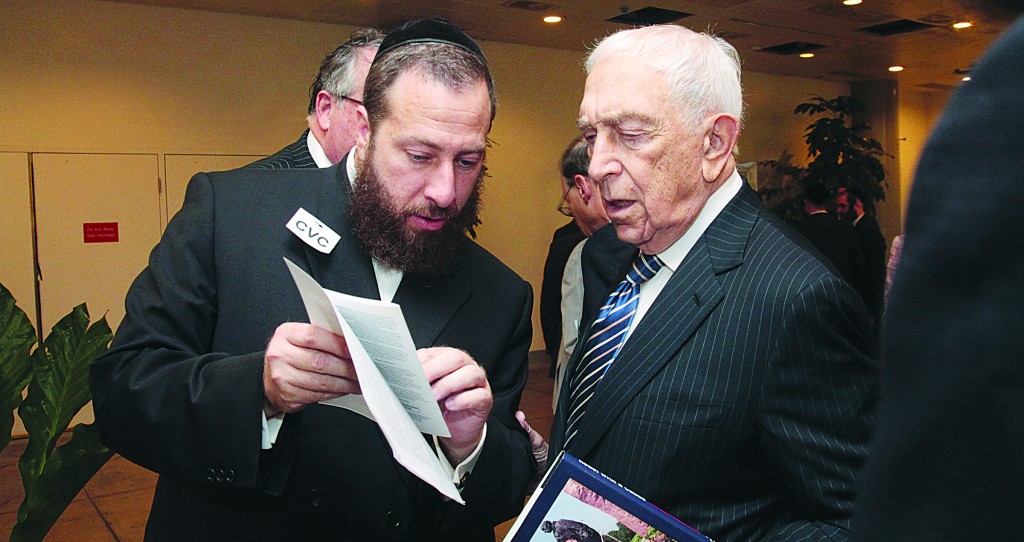 The next time a flight attendant reminds you there’s no smoking or you witness a teenager getting carded at a liquor store, think of Frank Lautenberg.

The liberal Democratic senator from New Jersey left his mark on the everyday lives of millions of Americans, whether they know it or not. In the 1980s he was a driving force behind the laws that banned smoking on most U.S. flights and made 21 the drinking age in all 50 states.

Lautenberg, a multimillionaire businessman who became an accomplished — if often underestimated — politician, died Monday at a New York hospital after suffering complications from viral pneumonia.

At 89, he was the oldest person in the Senate and the last of 115 World War II veterans to serve there.

“He improved the lives of countless Americans with his commitment to our nation’s health and safety,” President Barack Obama said in a statement, “from improving our public transportation to protecting citizens from gun violence to ensuring that members of our military and their families get the care they deserve.”

The Senate observed a moment of silence in Lautenberg’s memory, and at the White House the flag was lowered to half-staff.

Lautenberg served nearly three decades in the Senate in two stints, beginning with an upset victory in 1982 over Republican Rep. Millicent Fenwick.

Possessed with neither a dynamic speaking style nor a telegenic face, he won his last race in 2008 at age 84, becoming the first New Jersey politician ever elected to five Senate terms.

The senator played a vital role in getting the “Lautenberg Amendment” passed in 1990, allowing thousands of Jews to emigrate from the former Soviet Union. The amendment permitted historic religious persecution to be a sufficient factor to receive refugee status.

Over the years, he was a reliable Democratic vote on such issues as unions, guns and the environment. A native of one of the most congested and heavily industrialized and polluted states, he worked to secure hundreds of millions of dollars for mass transit projects, ardently defended Amtrak and pushed for money for the Superfund toxic-waste cleanup program.

He was the author of a 1984 law that threatened to withhold federal highway money from states that did not adopt a drinking age of 21, a measure that passed amid rising alarm over drunken driving. At the time, some states allowed people as young as 18 to drink.

By 1988, every state was in compliance with the law, which has been widely credited with reducing highway deaths.

A former smoker, Lautenberg was one of two prime sponsors of the 1989 law that banned smoking on all domestic flights of less than six hours, one of several anti-smoking laws he championed. The measure helped pave the way for today’s numerous restrictions on where people can light up.

Lautenberg had announced earlier this year that he would not seek another term in 2014, and Newark Mayor Cory Booker, a fellow Democrat, said he would run for the seat.

Republican Gov. Chris Christie, who frequently tangled with Lautenberg, said: “I think the best way to describe Frank Lautenberg — and the way he would probably want to be described to all of you today — is as a fighter. Sen. Lautenberg fought for the things he believed in, and sometimes he just fought because he liked to.”

“I give him praise on a life well-lived,” the governor added.

Lautenberg initially retired in 2000 after 18 years in the Senate, saying he did not have the drive to raise money for a fourth campaign. He served on the boards of three companies, two graduate schools and the U.S. Holocaust Memorial Museum.

But New Jersey Democrats recruited Lautenberg out of retirement in 2002 as a replacement for Robert Torricelli, who had abandoned his re-election bid just five weeks before Election Day in a financial scandal.

Republicans went to court to prevent the ballot “switcheroo.” When that failed, they attacked Lautenberg as a political relic ill-suited for dangerous times.

But Lautenberg surged to victory over Republican Douglas Forrester and returned to the Senate in 2003 at age 78, resuming his role as a leading liberal.

Lautenberg made his fortune as chairman and CEO of Automatic Data Processing, a New Jersey-based payroll services company he had founded with two friends in 1952. It became one of the largest such companies in the world.

Later in his Senate career, he became a foil for Christie.

In 2012, Christie called Lautenberg a “partisan hack” and an “embarrassment” and said it was time for him to retire. Lautenberg called Christie “the name-calling governor” and “the king of liars.”

Born in urban Paterson, N.J., the son of Polish and Russian Jewish immigrants, Lautenberg often recounted what government did for him — and what it could have done to help his widowed mother as she struggled to pay his father’s medical bills.

He served in the Army Signal Corps during World War II. With the help of the GI Bill he received an undergraduate degree in economics from Columbia University.

Lautenberg, who lived in Cliffside Park, N.J., is survived by his wife Bonnie and four children.