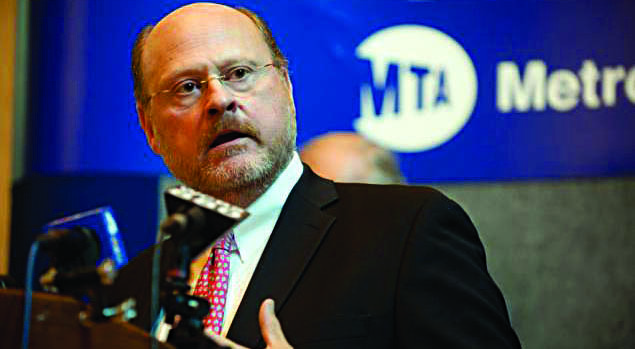 Former transit official Joe Lhota is the Conservative Party’s pick for mayor, the party announced Monday, ensuring him a spot on November’s ballot regardless what happens in his quest for the Republican nomination.

The Conservative Party counts a fairly small number of city voters — 21,500, compared to more than 510,000 registered Republicans and 3.2 million Democrats. But it has a ballot line, meaning Lhota is guaranteed to appear among voters’ choices at the polls, and its endorsement can give candidates access to some big donors.

Lhota, the front-runner among Republican candidates, is emphasizing his fiscal knowledge and mix of government and private-sector experience. He formerly ran the Metropolitan Transportation Authority, where he got kudos for the agency’s rebound from Superstorm Sandy.

Some of his opponents have sought to highlight fare increases during his tenure, including one on the day he announced his resignation to consider his mayoral bid. Lhota has said the hikes were necessary because of inadequate state support and rising costs the agency couldn’t contain, such as pensions.

Lhota also was a deputy mayor and budget director in Mayor Rudy Giuliani’s administration; his campaign often mentions that he worked closely with Giuliani on responding to the Sept. 11, 2001, terror attacks. Lhota also worked in investment banking and was an executive at the company that runs Madison Square Garden.

He has secured a number of endorsements, including those of the Bronx and Staten Island Republican parties.

His Republican rivals include billionaire businessman John Catsimatidis and George McDonald, who heads a nonprofit group that helps the homeless.