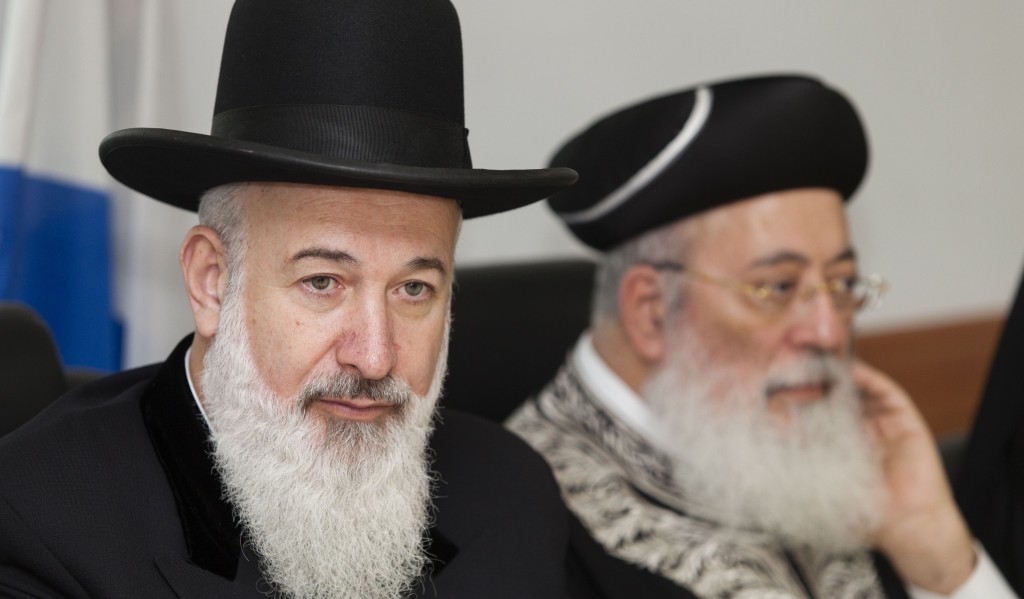 In an unprecedented incident, Israel’s two Chief Rabbis received death threats on Monday, warning them to withdraw their opposition to Women of the Wall, say media reports.

The letters, which arrived at the offices of Sephardic Chief Rabbi Harav Shlomo Amar, shlita,  and Ashkenazi Chief Harav Rabbi Yona Metzger, shlita, warned them to allow the Women of the Wall to pray at the Kosel “in their way and according to their custom,” or else “you will return home with 100 chareidi bodies,” Army Radio reported.

The letter included a picture of a gun and messages such as “this is your last warning,” and “your end is near.”

The Chief Rabbinate stated in response that the matter had been referred to the head of the Prime Minister’s Office security detail.

“This is the first time that the Chief Rabbis of Israel have received threats on their lives,” the statement added. “In Israel, we have unfortunately learned already that words can kill. These are not just threats against the Rabbis but against an entire public, with vitriolic language. We hope that the police will bring the inciters and threateners to justice.”

Following news of the threatening letters, Rabbi of the Kosel Rabbi Shmuel Rabinowitz revealed that he too received a threatening letter last week demanding that he allow the Women of the Wall to have their way. He said that he filed a complaint with the police.

Women for the Wall, a grassroots organization committed to preserving the sanctity of the Kotel issued a statement condemning the threats.

Ronit Peskin, Women for the Wall founder, stated, “We are deeply troubled that threats of violence are being used. We call on the leadership of Women of the Wall and the liberal Jewish organizations backing them to repudiate this dangerous escalation of conflict over the Western Wall.

“The Western Wall is the spiritual home of the entire Jewish People so emotions are running high,” said Leah Aharoni co-founder of Women for the Wall. “The government has to assume responsibility and implement a solution immediately, before it’s too late.”