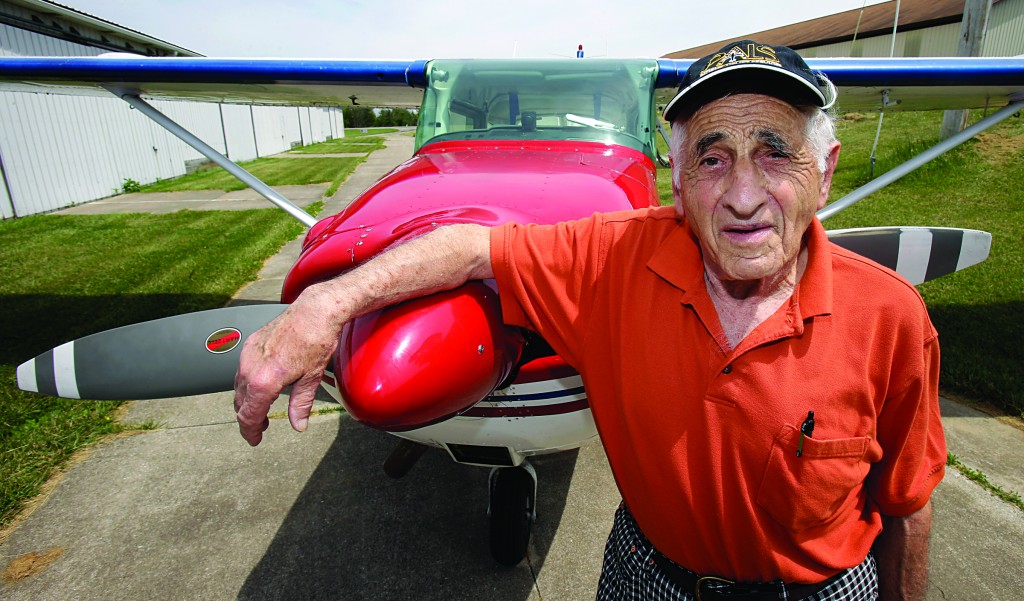 Friends and relatives of John Lawton will gaze heavenward on his 90th birthday Monday.

Otherwise, they might miss his Cessna 172 as he attempts to make 90 flying passages across the U.S.-Canadian border.

“Somehow, I got a wild idea that I needed to do something different for my birthday,” said Lawton, who has been a pilot for 56 years.

From the Ohio airport he bought following a career at the former Cornell Aeronautical Laboratory in Buffalo, Lawton set his sights on a watery stretch of the northern border in the Niagara River, north of Buffalo.

Lawton hopes for clear skies when he takes off from that same airport Monday and spends an estimated one to two hours at an altitude of around 3,500 feet, performing a series of tight, nearly aerobatic figure-eight patterns in his four-seat airplane.

He has asked his non-pilot daughter, Brenda, along for the ride. Lawton’s son, a pilot, will stay on the ground so no one can question who was really at the controls.