Regional Drastic Increase in Penalty for Texting While Driving
Regional 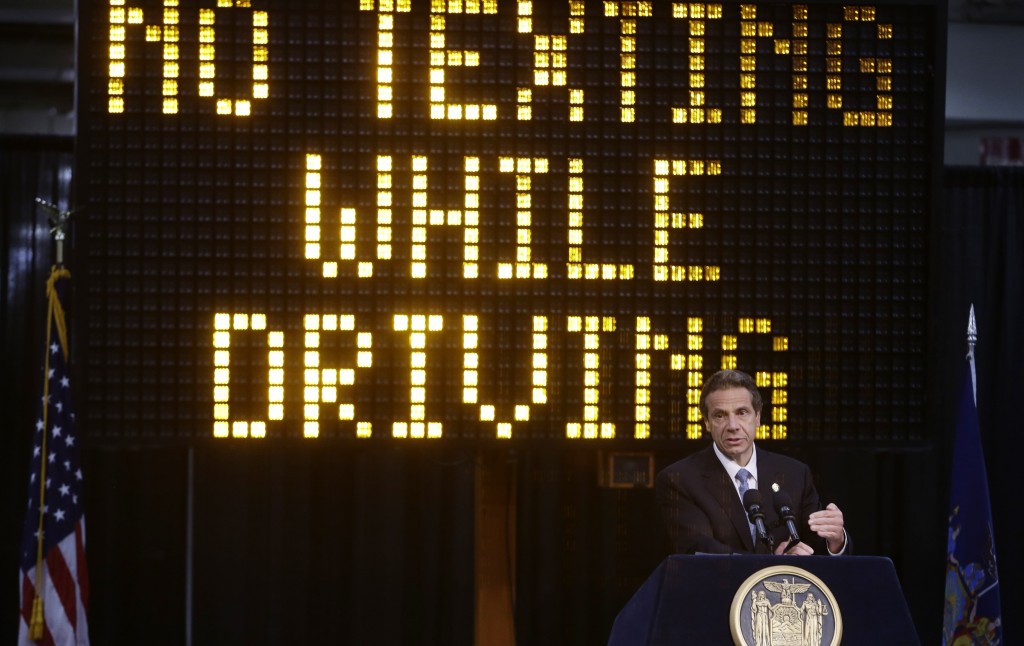 The penalty for New York motorists who text while driving increased from three points to five points on their driving record on Saturday.

Gov. Andrew Cuomo said at a Manhattan news conference Friday that he is also proposing legislation that would impose tougher sanctions on probationary and junior drivers for texting. Under the proposal, violators’ licenses would be suspended for 60 days after their first conviction.

“We want the message to be very clear to young drivers: Don’t do it and don’t think about doing it,” Cuomo said.

The penalties apply to any kind of cellphone activity while driving.

Cuomo said that as the father of three teenage daughters, he knows how much young people love their phones, and he worries that they may overestimate their driving skills.

“The inexperience plus the distraction can be a deadly combination. And that’s what we want to stop,” Cuomo said.

Ben Lieberman, whose 19-year-old son was killed in a car crash in which the driver was using a cellphone, joined Cuomo at the news conference at the Jacob K. Javits Convention Center and said drivers “need to worry about the lives that are in their hands and not the cellphone in their hands.”