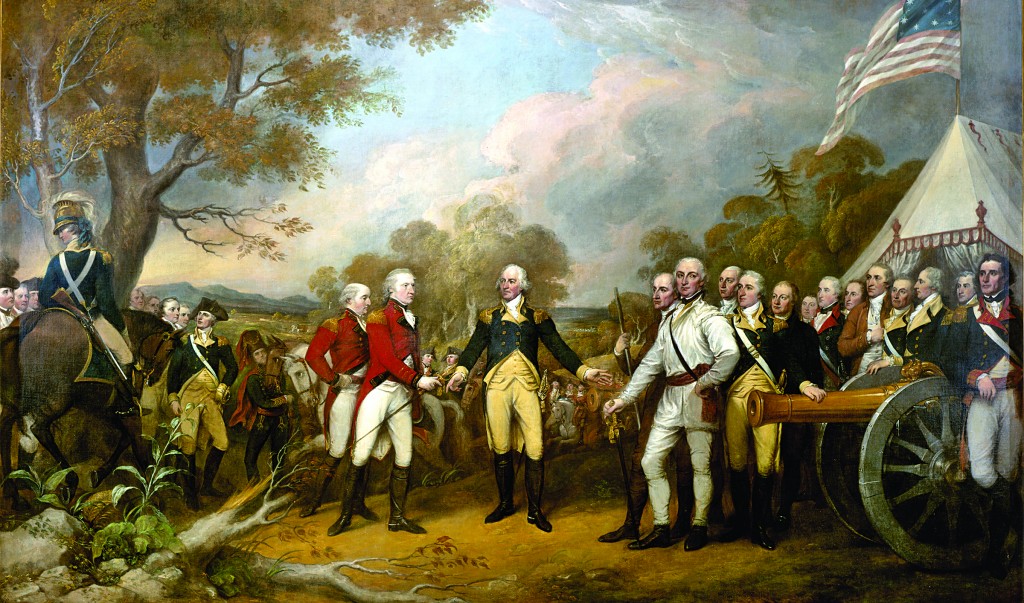 The history of the world changed on a grassy knoll on a hill overlooking the upper Hudson River, although it would be some time before anyone would realize the significance of what happened there in October 1777, according to National Park Service Ranger Joe Craig.

“You had an enormous change that probably they didn’t figure out at the time, but the shock waves eventually went out from there,” said Craig, who works at Saratoga National Historical Park, also known as the Saratoga Battlefield.

The shock was caused by British Gen. John Burgoyne’s surrender to American forces after two battles fought at Saratoga in September and October 1777. On Oct. 17, 10 days after the second battle, Burgoyne handed his sword to his counterpart, Gen. Horatio Gates, in a field atop a hill just south of the present-day village of Schuylerville, 30 miles north of Albany.

The American victory over the world’s mightiest army would eventually convince France to ally itself with the rebellious colonies. Many historians consider Saratoga to be the turning point of the American Revolution.

On Saturday, a ceremony was held at the sword surrender site to officially unveil a bronze sculpture that will be the centerpiece of a memorial. The sculpture is a bas relief version of the painting “Surrender of General Burgoyne,” which hangs in the U.S. Capitol.

The name is a bit of a misnomer because Gates only held the sword for a few moments before handing it back to Burgoyne, a common practice at the time.