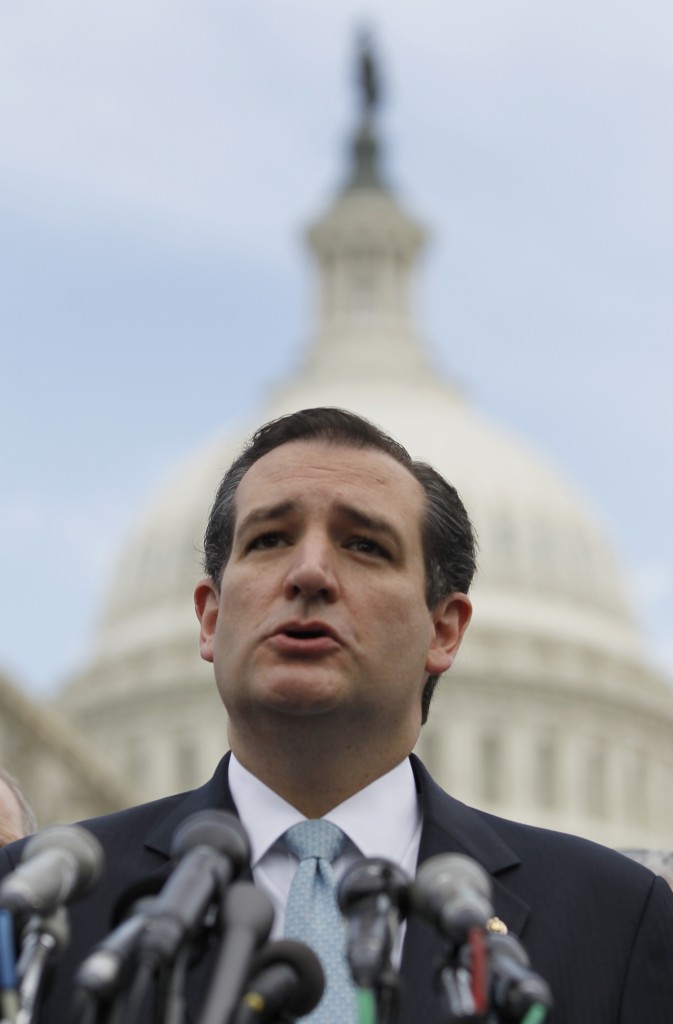 Texas’s U.S. senator gave a stirring address to the New York State Republican party Wednesday night, urging “the children of Reagan” to remain optimistic since a new generation of leaders was coming to the fore.

Cruz, a tea party favorite, is frequently mentioned as a possible presidential contender. But at the GOP dinner at the Grand Hyatt in Manhattan on Wednesday, it was all about others.

“You have to go back to World War II to see such a transformation of the people leading the fight, leading the argument for conservative principles, being an entirely new generation of leaders stepping forward.”

Cruz touched upon all tea party demands, such as a call to abolish the IRS and repeal Obamacare.

“Talk about a bill where you don’t have to read a word past the title to know that nothing good can come of it,” he declared.

Cruz, born in Canada to Cuban parents, emphasized his own past as a way of showing where the future of the Republican party was headed.

But ironically, the man who introduced Cox was a Democrat.

State Sen. Ruben Diaz Sr. from the Bronx said he was honored by Cox’s personal invitation but he was not switching parties.

“Me as a Hispanic, regardless of the party affiliation, I’m proud of the achievement of this Hispanic from Texas,” he said.

Cruz gave his own post-mortem of why the Republicans lost November’s election, referencing a comment caught on tape of Mitt Romney disparaging those who take help from the government.

“The national narrative of the last election was the 47 percent of Americans who are not currently paying income taxes,” Cruz said.

“I’ve got to tell you that as a conservative I cannot think of an idea more opposite of what we believe. I think Republicans ought and should be the party of the 47 percent.”

The speaking engagement adds to speculation over Cruz’s future plans. Past keynoters included Governors Bobby Jindal of Louisiana, Haley Barbour of Mississippi and Jeb Bush of Florida. All are considered presidential material.