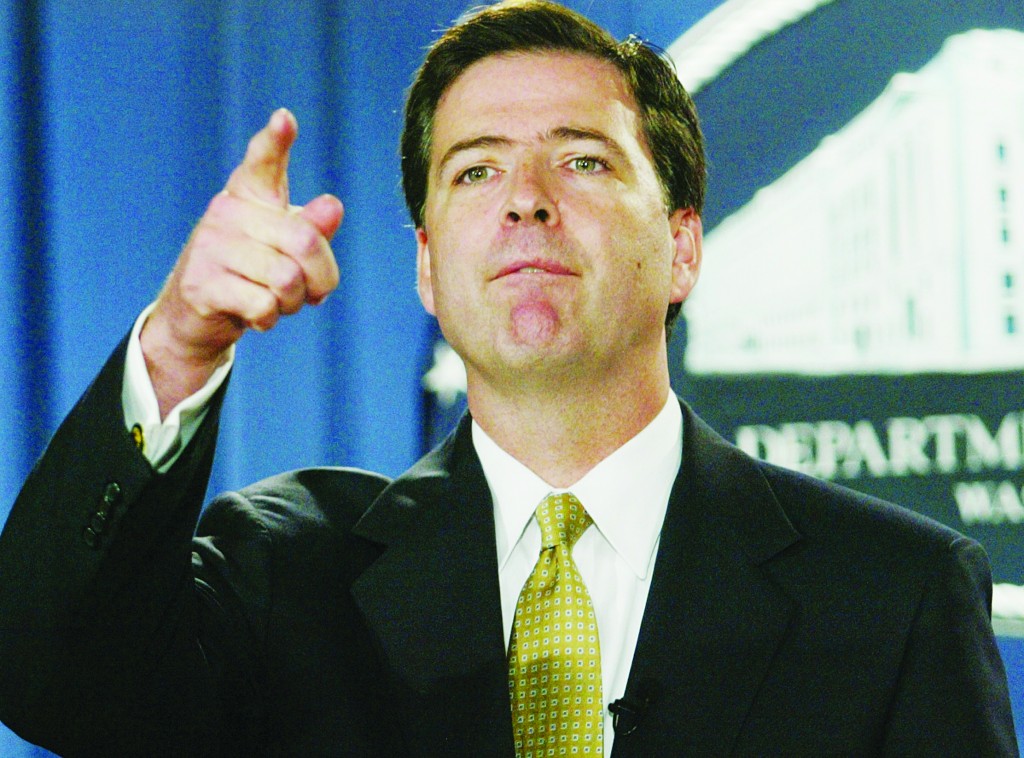 Republicans said Thursday they see no major obstacles to Senate confirmation of James Comey, the former deputy attorney general in the Bush administration who is expected to be nominated by President Barack Obama as the next FBI director.

Comey, who would replace Robert Mueller as head of the national security organization, is certain to face tough questions about his work as a counsel for a major hedge fund and his ties to Wall Street, as well as how he would handle current high-profile FBI investigations.

But Republicans and Democrats said the former prosecutor’s strong credentials and sterling reputation suggest his path to confirmation should be relatively smooth.

“I think he’ll be confirmed” by the Senate, said former Attorney General John Ashcroft, a Missouri Republican who served in the Senate from 1994-2000.

Comey “is an extraordinary individual, and I don’t know why you wouldn’t want a person like this,” Ashcroft said of his onetime deputy. As a leader, Comey “welcomes diverse discussions. When he makes a decision and an institution decides a course of action, he is not to be dissuaded by irrelevant or political considerations.”

Republican and Democratic congressional aides said they didn’t see any looming problems with Obama’s likely choice a day after three people with knowledge of the selection said Obama planned to nominate Comey. The aides Thursday spoke on condition of anonymity because the initial internal reactions were private.

White House spokesman Josh Earnest declined on Thursday to comment on Comey’s impending nomination, nor would he discuss the timing of any announcement.

Sen. Charles Grassley, the top Republican on the Judiciary panel, said he appreciated that Comey has “a lot of experience on national security issues, which is one of the most important focuses for the FBI in the aftermath of 9/11, and has shown integrity in dealing with these matters.”

Comey would be coming into the FBI at a critical time, with the agency conducting a politically sensitive investigation of the Internal Revenue Service and a probe of the Boston Marathon bombings that have raised some doubts about the FBI’s ability to prevent terrorist attacks.

In addition, it is the FBI that is carrying out the Justice Department’s aggressive use of subpoenas and, in at least one instance a search warrant, to gather the phone records and emails of some journalists. The aggressive stance has triggered an outcry from the news media and members of Congress on both sides of the aisle.

The Obama administration’s actions in the war on terror have drawn scrutiny in Congress and likely will be raised at any confirmation hearing.

Comey was the public face of the Bush administration in defending the military detention of U.S. citizen Jose Padilla. In 2004, Comey was the No. 2 official in the Justice Department when he held a news conference to call Padilla a trained terrorist who met with top al-Qaida leaders, discussed detonating a nuclear bomb in the United States, and accepted an assignment to use natural gas to blow up high-rise apartment buildings.

The following year, facing an imminent Supreme Court hearing about whether Americans may be detained without charges, Bush had Padilla moved out of a military brig, and federal prosecutors indicted him on unrelated terrorism support charges in South Florida. He was convicted.

But the sensational accusations Comey made at the Justice Department in 2004 were dropped.

In dramatic testimony to the Senate Judiciary Committee in 2007, Comey said he thought Bush’s no-warrant wiretapping program was so questionable that Comey refused for a time to reauthorize it, leading to a standoff with White House officials at the hospital bedside of an ailing Ashcroft.

Comey said he refused to recertify the program because Ashcroft had reservations about its legality.

Earlier in his career, Comey served as U.S. attorney for the Southern District of New York, one of the nation’s most prominent prosecutorial offices and one at the front lines of terrorism, corporate malfeasance, organized crime and the war on drugs.