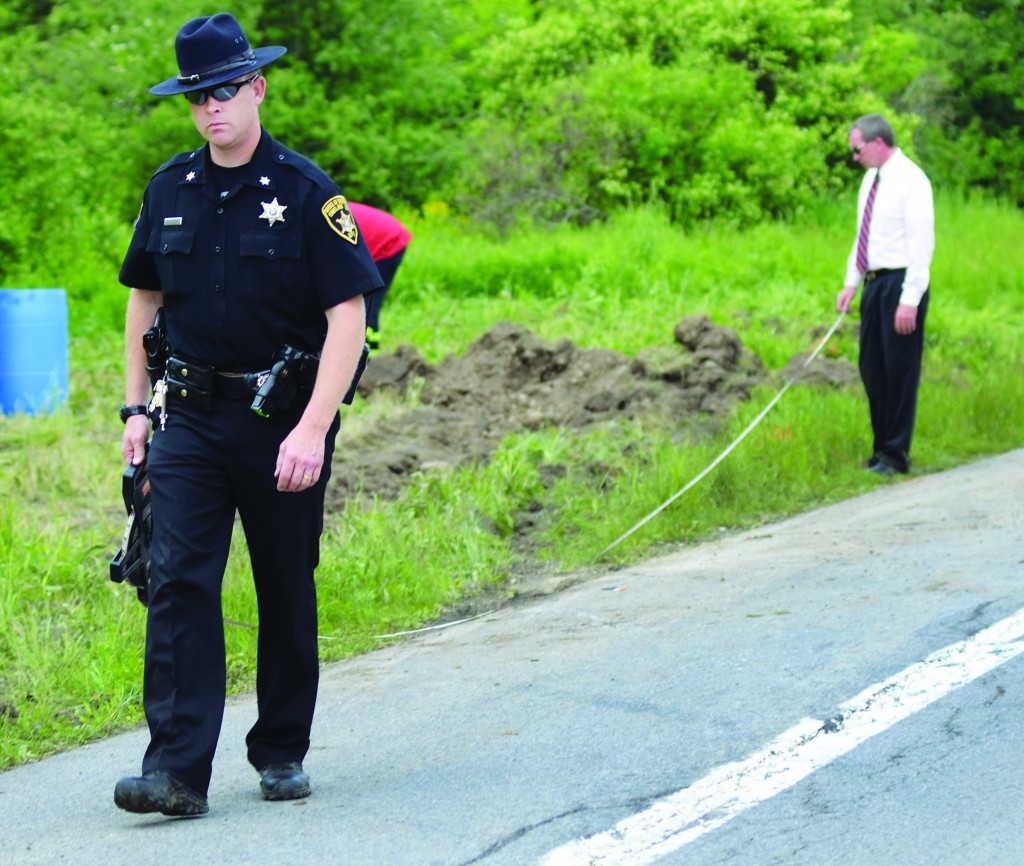 All seven victims, including four children under 10, were local residents. They were killed and a man was injured when their van was hit by a trailer that broke away from a truck on Route 13 around 6 p.m. Wednesday in the rural town of Truxton, about 25 miles south of Syracuse.

The children were from two different families, including one from Truxton. The other family lived nearby.

Shawn Mead, the father of the two Mead children, was transported to Upstate University Hospital, where he was in good condition.

Officials said the trailer disconnected from the rig and slammed into the van, ripping it apart. Both vehicles came to rest on the shoulder of the roadway.

Ken Stone, first assistant fire chief of Truxton, was one of about 20 firefighters who responded. He said the van’s driver saw the trailer coming and drove off the road to avoid it.

“They tried to miss it, but he ran out of time,” said Stone. “All of a sudden, a trailer is coming at you and there’s no truck on it.

“Tore it right apart,” he said. “It was humbling, especially young kids. It tears you up.”

Stone said a couple of victims were under the trailer, which had to be jacked up to get them out.

“It was all instant, no doubt,” he said.

Family members gathered Thursday morning at a farmhouse about a mile from the accident site. Adults were in groups talking while children bounced on a trampoline. A woman who met reporters asked for privacy and said the family would talk when they are ready.

Sheriff’s Capt. Mark Helms said two people in the truck were not injured. The cause of the accident was still being investigated.

Stone said responders were deeply affected by the crash.

“What did we just go through?” he said of the firefighters’ reaction. “What did we just see? Did that just really happen? You get all that training and you’re not ready for it. You can’t be if you’re human.”

“It’s the worst thing I’ve ever seen. It’s just a horrible thing. It gives me goosebumps,” said Ann Maxson, 74, a lifelong Truxton resident. “It’s a close-knit community. Everybody cares for everybody.”

A sign along Route 13 near the town line reads: “Please drive safely. We (heart) our children.”