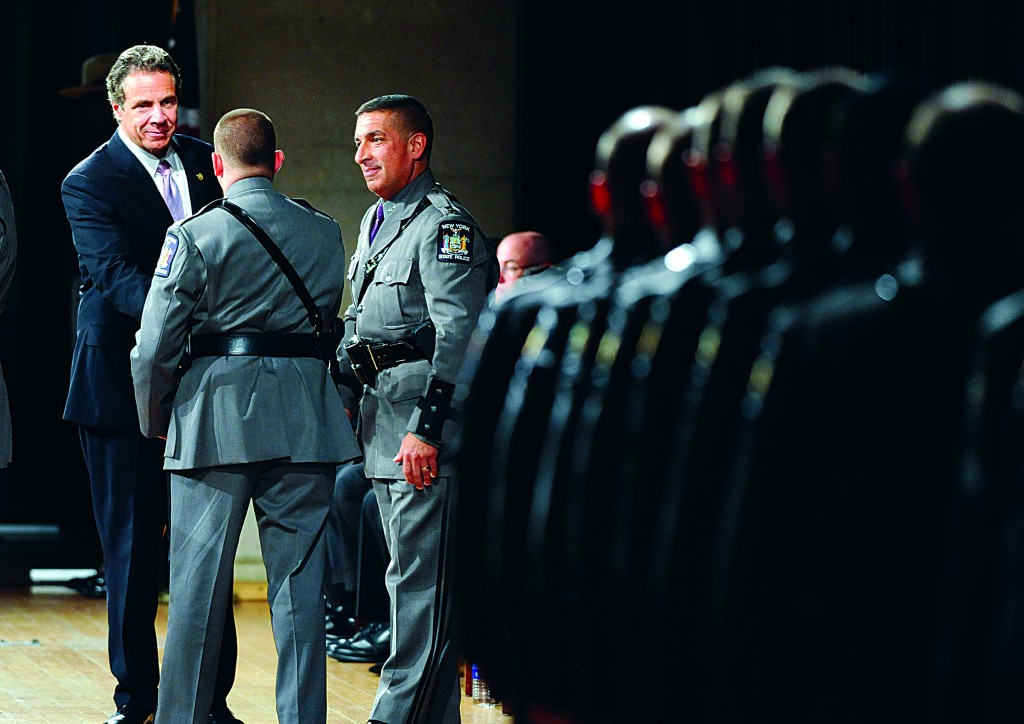 Budget problems had slowed adding troopers to the force, but the new class of 192 troopers will fill slots opened by retirements and other reductions. They will report for field duty on June 3 and July 8, when they’ll undergo evaluation by senior officers for 10 weeks.

Gov. Andrew Cuomo and state police Superintendent Joseph D’Amico praised the graduates during a ceremony that opened with a march led by the agency’s pipe and drum band.

“Today’s graduates join the ranks of courageous men and women who work tirelessly to protect the people of New York,” Cuomo said. “I am grateful for the outstanding work that members of the New York State Police do every day to keep our state safe.”

Among the troopers honored with awards: Devin Dunn, of Lancaster, won the “Academic Performance Award” for having the top average; the “Superintendent’s Firearms Proficiency Award” went to Devin Bacon, of Stafford; and Zachary Eppler, of Plattsburgh, won the “Joseph T. Aversa Physical Training Award.” Carlos Spencer of Buffalo was elected class representative.