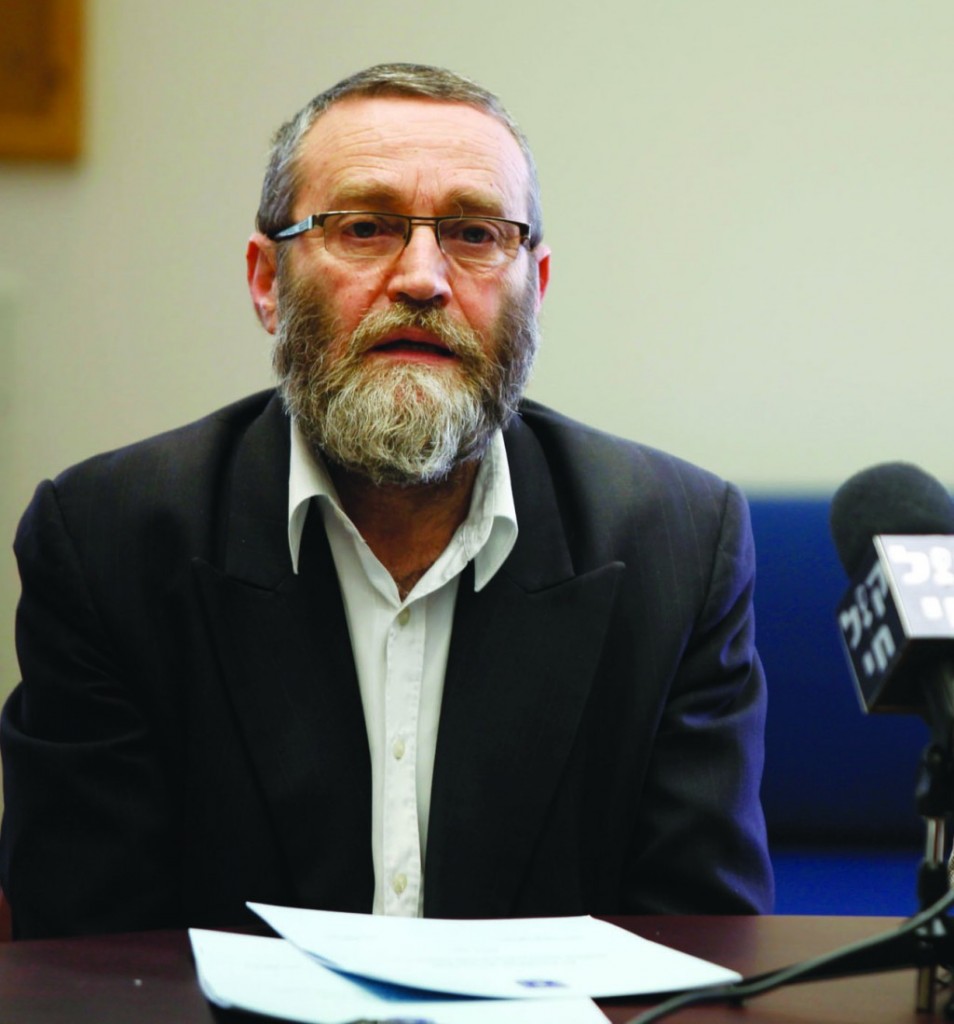 At a joint press conference, the unlikely combination of the fiery chareidi leader and the militant leftist explained that their plan would bring some NIS 43 billion into state coffers, and without imposing any greater burden on the lower and middle classes.

“Treasury sources told me how delighted they were to finally come across a scapegoat [Finance Minister Yair Lapid] who would legislate all the measures they had been dreaming of implementing for decades,” Rabbi Gafni quipped.

“We’re presenting a worthy alternative for dealing with the deficit without hurting the poor. The public should know that there is another way, and that Lapid deliberately chose to hurt the middle class and the poor. We demand that the government adopt the social-economic program which will prevent the continued collapse of Israel’s workers and poor,” explained the former Knesset Finance Committee chairman.

“Lapid’s economic plan is an awful plan, which harms the middle class, brutally crushes the poor, and shatters what remains of the welfare state,” Gal-On chimed in. “Lapid chose the easiest and most harmful measures which can be passed without confronting the tycoons and special interests, and without having to get entangled in genuine reforms.”