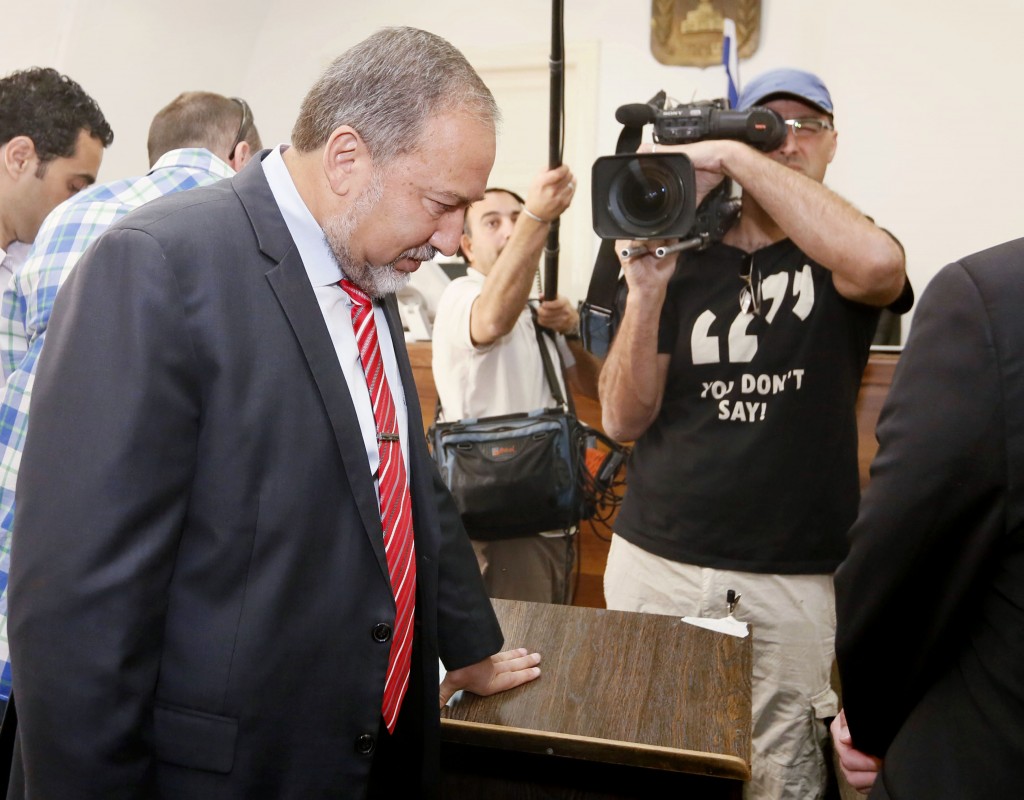 Former Foreign Minister Avigdor Lieberman took the witness stand on Wednesday in the corruption trial that will determine not only his future but the political balance of power in Israel as well.

Lieberman, who is accused of fraud and breach of public trust, continued to maintain his innocence, and characterized the charges against him as “foolishness.”

He told the court that he is not sure he would have reported former ambassador Ze’ev Ben-Aryeh for showing him classified details of a police investigation, even knowing the outcome of that decision.

Lieberman is accused of pushing for the promotion of Ben-Aryeh as ambassador to Latvia in 2008, after Ben-Aryeh, then ambassador to Belarus, gave Lieberman information regarding an official Israeli probe into money-laundering activities in which Lieberman was suspected of involvement.

“With everything I know today, I don’t know if I would have done anything different,” and reported Ben-Aryeh, Lieberman said in his testimony Wednesday.

His lawyer, Yaakov Weinrot, argued that Lieberman at the time faced a dilemma whether to report Ben-Aryeh and ruin a decades-long diplomatic career over a single  moment of weakness and misplaced loyalties which hurt no one.

Weinrot claimed that, at most, Lieberman’s failure to report Ben-Aryeh was an ethical failing and not a crime.

Taking the stand, Lieberman said that as soon as he saw a paper from Ben-Aryeh with the words “legal investigation, Israel, Belarus” on it, he threw it out in the bathroom, telling the latter, “this is foolishness.”

Lieberman denied allegations from his former deputy, Danny Ayalon, that Lieberman pressured him to back the appointment. He also said Ayalon was never a close, trusted associate (Ayalon testified he was one of Lieberman’s right-hand men), and he never pressured about any appointment.

Earlier in May, Ayalon testified that his boss convened a series of meetings alone with him during which he lobbied for Ben-Aryeh. Lieberman roundly denied this too, and said of Ayalon that “sometimes you don’t know if he lives on a different planet.”

In an interview on Army Radio on Wednesday, Ayalon said, “We don’t judge a person during hard times. Lieberman is fighting for his political life. Regarding the truth, I leave that to the judges.”