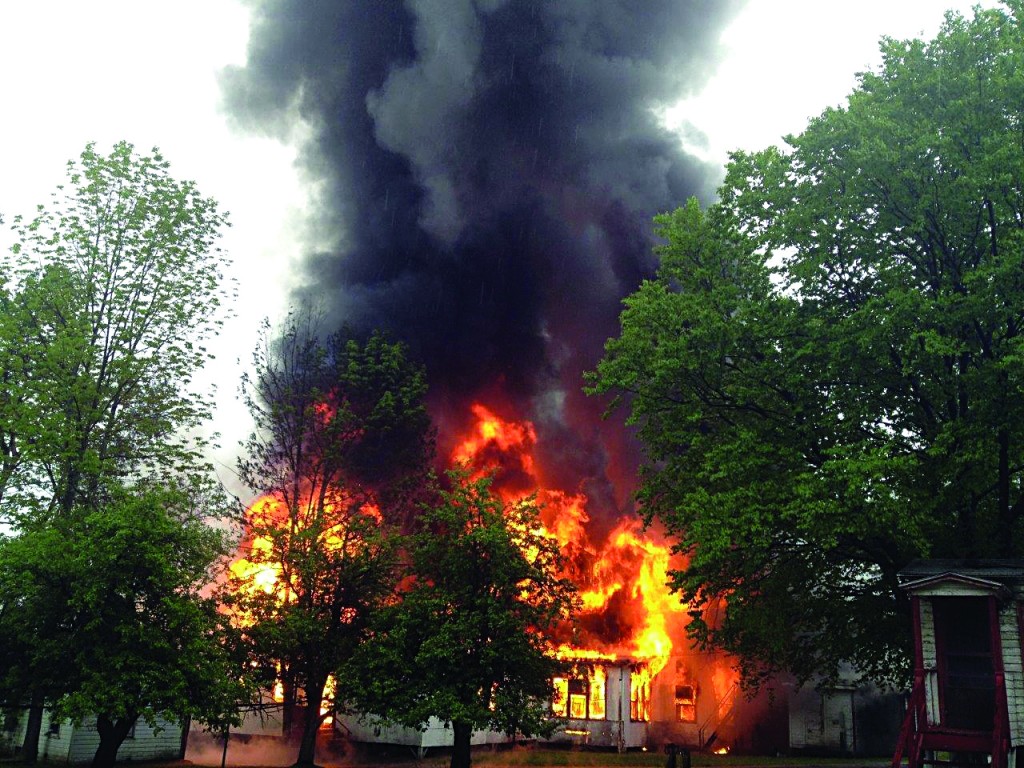 With a fast burning blaze destroying three main buildings less than a month before opening day, Machne Bnos Skver camp managers scrambled Wednesday in a series of meetings to seek ways and means of reopening their camp in time for their 28th season.

Asked if the camp, referred to by many as Tomer Devora, will be able to begin by their scheduled June 24 opening day, Motty Kirschner, the camp’s manager, said that the enormous amount of damage made it too early to give a definitive answer.

“It’s very hard and we don’t know yet if we will be able to open on time,” Mr. Kirshner said. He added that a decision would be made on Thursday.

“We’re putting in all our efforts to have the camp open on time,”confirmed the main camp director, Mr. Shlome Kornhauser.

On Tuesday, Mr. Kirshner was at the camp, located at the former Gitty Gardens bungalows at 1123 Glen Wild Road in Woodridge, together with several other staff members. A Health Department inspector was going through its 38 buildings to give final approval for it to open.

Within an hour, after the inspector gave his authorization, but while they were still on the grounds, a fire broke out in the three main buildings housing the kitchen, dining room and the laundry room. The blaze, which broke out just before 2:00 p.m., utterly destroyed the structures, along with tens of thousands of dollars worth of equipment in them.

“Everything is ash,” Mr. Kirshner said.

The flames were so intense at one point that the Village of Woodridge’s Fire Department was forced to ask nearby fire departments for assistance.

Richard Martinkovic, the emergency services commissioner of Sullivan County, told the Mid-Hudson News that they are investigating the fire but it is not believed to be suspicious.

Mr. Kirshner said that “a few hundred girls” registered for the summer season.

Machne Bnos Skver was established in 1985 by Harav Dovid Twersky, zt”l, the previous Skverer Rebbe of Boro Park, along with a nearby boys’ camp. The girls’ camp is led by Rebbetzin Esther Twersky, Skverer Rebbetzin.

The camp itself is part of a much larger property which also includes a Skverer bungalow colony.