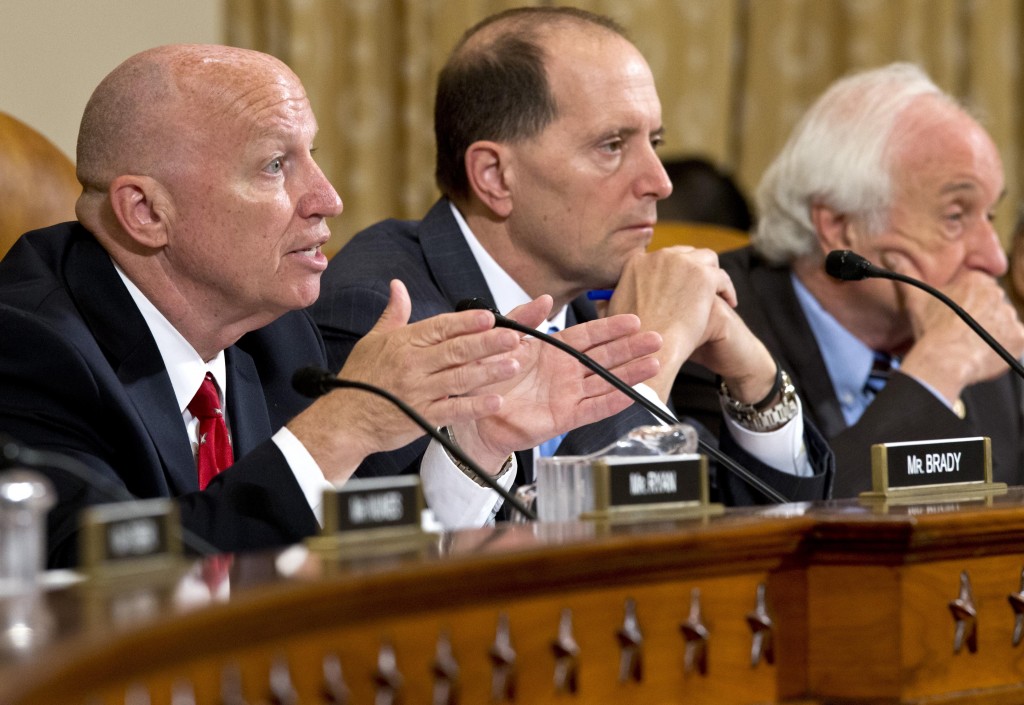 The storm engulfing the Internal Revenue Service could provide a boost for lawmakers who want to simplify U.S. tax laws — a code that is so complicated most Americans buy commercial software to help them or simply hire someone else to do it all.

Members of Congress from both political parties say the current uproar over the targeting of conservative political groups  underscores that overly complex tax provisions have given the IRS too much discretion in interpreting and enforcing the law.

“This is the perfect example of why we need tax reform,” said Rep. Tim Griffin, (R-Ark.), a member of the tax-writing House Ways and Means Committee. “If you want to diminish and limit
the power of the IRS, you have got to reduce the complexity of the tax code and take them out of it.”

There are still formidable obstacles to completing a major tax overhaul this year or next. Democrats and Republicans start off with opposite views on whether the government should levy more taxes and on who should pay what share. The two sides also don’t trust each other, making it difficult to envision agreement on which popular tax breaks to keep and which to scrap.

Most taxpayers pay someone to do their taxes or they buy commercial software to help them file. In a report earlier this year, national taxpayer advocate Nina E. Olson ranked complexity as the most serious problem facing both taxpayers and the IRS. People simply trying to comply with the rules often inadvertently overpay or underpay, she said, while others “often find loopholes … to reduce or eliminate their [taxes].”

The IRS scandal has little, if anything, to do with most taxpayers, yet some lawmakers hope the attention will help galvanize support for the first major tax overhaul since 1986.

A little over two weeks ago, the IRS revealed that agents assigned to a special team in Cincinnati had targeted Tea Party and other conservative groups for additional, often burdensome scrutiny when they applied for tax-exempt status. The targeting lasted more than 18 months during the 2010 and 2012 election campaigns, hindering the groups’ ability to raise money, according to a report by the agency’s inspector general.

The ensuing storm has cost two top IRS officials their jobs, and a third has been placed on paid administrative leave. Investigations by Congress and the Justice Department are underway.

The IRS was screening the groups’ applications because agents were trying to determine their level of political activity. IRS regulations say that tax-exempt social welfare organizations can engage in some political activity but the activity cannot be their primary mission. It is a vague standard that agents struggled to apply, according to the inspector general’s report. Lawmakers in both parties have complained for years that overtly political groups on the left and right have taken advantage of the rules, allowing them to claim tax-exempt status and hide the identities of their donors.

House, Ways and Means Committee Chairman Dave Camp, said he thinks the scandal could boost efforts to simplify the tax code. Camp, a Michigan Republican, said, “I think giving the IRS less discretion is going to be important, and that’s what a simplified code would do.”

Congressional aides have been working on mechanisms to streamline the process of passing a tax package, in exchange for raising the debt ceiling, perhaps guaranteeing floor votes on bills approved by the tax-writing committees in the House and Senate. Camp and Sen. Max Baucus (Dem., Montana) chair those committees.

President Barack Obama, however, has said he won’t negotiate over raising the debt ceiling. Obama has called for an overhaul of corporate taxes and comprehensive tax reform. Such a grand bargain has proven elusive.

Baucus, who has been in the Senate since 1978, announced in April he won’t run for re-election in 2014. He said he will focus much of his remaining time in the Senate trying to steer a tax package through Congress.

Camp says he is committed to passing a tax bill out of his committee by the end of the year. There is no guarantee the full House would take up the bill, but Speaker John Boehner, (R-Ohio), has signaled his support for the effort by reserving the prestigious bill number HR 1 for a tax overhaul measure.

Lawmakers in both parties are convinced that simpler, easier-to-understand tax laws would spur economic activity. But there are significant partisan differences.

The Republican recipe calls for reducing or eliminating tax breaks that benefit targeted taxpayers, and using all the additional revenue to reduce overall rates for everyone. At the end of the day, the tax system would raise about the same amount of money, but businesses could focus on being more efficient instead of trying to take advantage of targeted tax breaks, supporters say.

Obama and Democratic leaders in Congress also want to reduce or eliminate various tax breaks. Overall income tax rates would be lower, but the wealthy would pay more each year because they would lose certain exemptions, deductions and credits.

Choosing which tax breaks to scale back is a big hurdle because Americans like their credits, deductions and exemptions — the provisions that make the tax law so complicated in the first place.

“We’re going to have to come to that,” Baucus said. “Those are very big important questions and we’re going to tackle them.”