National Obama: Jersey Shore Is Back in Business
National 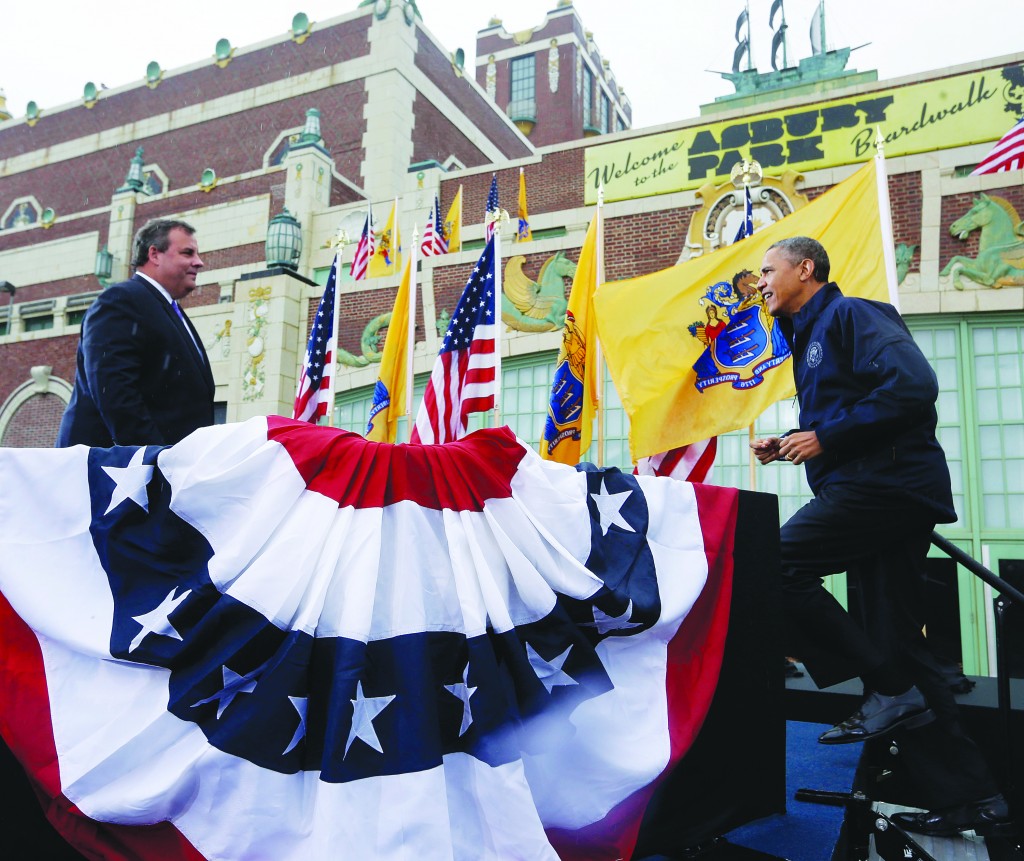 President Barack Obama tried his hand at arcade football and joked Tuesday with Gov. Chris Christie, declaring the Jersey Shore is back seven months after Superstorm Sandy bore down on its famed boardwalks and seaside towns.

The job of repairing the $38 billion in damage inflicted by the storm is not over, Obama said, adding that his return visit to a state he visited in the storm’s immediate aftermath was intended to show he’s still committed to putting the federal government to work.

“You are stronger than the storm,” Obama said, borrowing a line that Christie himself uses in a federally funded advertising campaign touting New Jersey
tourism. “After you’ve all you’ve dealt with, after all you’ve been through, the Jersey Shore is back and it is open for business.”

He said his message to residents in storm-ravaged New Jersey also holds true for those in Oklahoma recovering from the May 20 tornado that killed 24 people and devastated the community of Moore.

“When we make a commitment that we got your back, we mean it,” Obama said. Gesturing to his host, Obama praised Christie for the “the great work he’s done here” in leading the recovery effort.

A crowd of almost 4,000 gathered in ponchos and raincoats to see the president, who earlier Tuesday joined Christie at an arcade in nearby Point Pleasant Beach, where about half the boardwalk was destroyed in the storm. Christie won a stuffed bear as he and Obama milled about, chatting like old friends in a visit that underscored their status as the odd couple of politics.

“Republicans, Democrats, independents — we all came together, because New Jersey is more important and our citizens are more important than any kind of politics at all,” Christie said later as he introduced Obama.

The trip offered Obama a chance to showcase the widely praised Federal Emergency Management Agency at a time when attention has focused on the Internal Revenue Service and its targeting of conservative groups. The president was also able to draw attention to the kind of bipartisanship that has been harder to find in the nation’s capital.

For Christie, the president’s appearance was yet another way to showcase his beloved Jersey Shore. The Republican governor has been touting it throughout the Memorial Day weekend as a destination point that is back in business, and he broke a Guinness world record Friday by cutting a 5.5-mile-long ceremonial ribbon that symbolically tied together some of the towns hardest-hit by Sandy. The state has a $25 million marketing campaign to highlight the shore’s resurgence in time for the summer season.

Both men reprised the remarkable bipartisan tableau they offered during Sandy’s immediate aftermath, when Obama flew to New Jersey just days before the November election to witness the storm’s wreckage. Politically, the visit plays well for both men. Christie, seeking re-election this year, was able to stand shoulder to shoulder with a president popular among Democrats in a Democratic-leaning state. And Obama, dueling with congressional Republicans on a number of fronts, got to display common cause with a popular GOP stalwart.

To be sure, New Jersey is still rebuilding and Obama visited those regions that have been among the first to recover.

In Washington on Tuesday, first lady Michelle Obama welcomed students from two New Jersey schools damaged by the storm to the White House garden, where they gathered fresh vegetables and made flatbread pizza along with students from other states.

“It hasn’t been that easy, but you guys have managed to get through the school year way on top of the game, and we’re just very proud of you,” Mrs. Obama told the students.

But the coastal recovery is a big potential boon for the state, where tourism is a nearly $40 billion industry.

“I could see being a little younger and having some fun on the Jersey Shore,” Obama said to laughter. “I can’t do that anymore. Maybe after I leave office.”