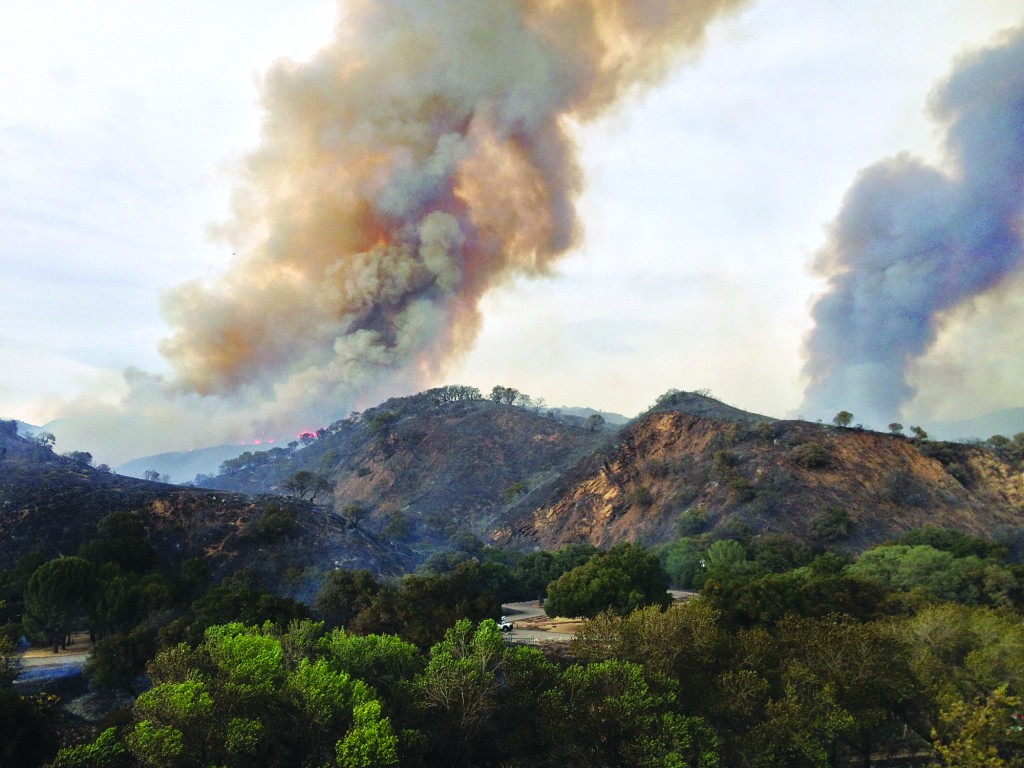 Firefighters took advantage of a lull in winds on Tuesday to try to gain ground against a forest fire in mountains north of Santa Barbara, as crews elsewhere in Southern California chased a new fire north of Los Angeles and sought to increase containment of a rural San Diego County blaze.

The Santa Barbara County blaze erupted Monday in Los Padres National Forest, carving its way through 2.8 square miles of dry chaparral, oak and pine. It was only 10 percent contained, and the forecast later in the day was for wind gusts of up to 40 mph, Santa Barbara County fire Capt. David Sadecki said.

More than 550 firefighters were on the line, supported by a dozen aircraft.

The fire prompted the evacuation of about 50 homes, mainly cabins and vacation rentals, but residents were expected to return Tuesday evening.

At the fire’s height, as many as 6,000 campers scrambled out of forest areas on the Memorial Day holiday.

The fire burned two vehicles and a Forest Service garage, and sent an enormous ashy plume over the mountains. The cause of the blaze was under investigation.

Winds were calm through midday Tuesday, and the blaze was moving eastward along the Santa Ynez Mountains north of Santa Barbara.

Crews were concerned, however, that a wind change could push the fire south toward the scenic coastal city, Sadecki said.

“It’s an out-of-control wildfire so it is a threat. There’s a lot of dry vegetation in its path,” Sadecki said. “It’s still spring — it’s not even summer — and it’s burning like it’s August or September.”

Hundreds of Los Angeles County firefighters responded with air support. There was no immediate threat to homes.

At the south end of the state, a fire in the wilderness in San Diego County scorched 980 acres of dry brush but was not a threat to homes or buildings.

The blaze southeast of Julian was sparked Sunday and was 70 percent contained. Fire officials were investigating whether it was set intentionally.