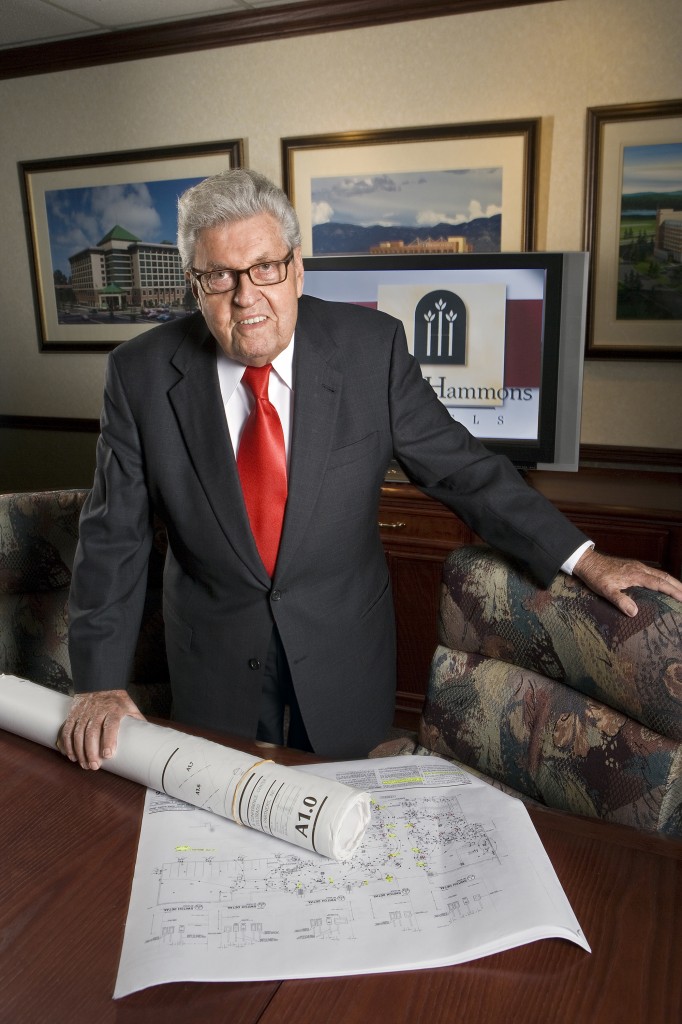 John Q. Hammons’s first business went bust, saddling him with debt. Yet the son of a poor Missouri dairy farmer paid it off within two years and turned his sights to hotels, the cornerstone of what would become a national real estate empire.

Along the way, he opened his wallet to his home state, donating millions to hospitals, public media and colleges in Springfield. It’s a town where his name graces so many buildings and streets. Among the businessman’s secrets: He avoided big-city locations in favor of properties in college towns and state capitals.

“He would say, ‘The kids will always go to school, and you can’t fire … politicians,’ ” former company executive Scott Tarwater once said.

Hammons, who died Sunday at age 94 in a Springfield nursing home, built more than 200 hotels nationwide, including Embassy Suites, Marriotts, Radissons and Holiday Inns. He also developed an expansive real estate portfolio of golf courses, restaurants and convention centers. And he actively led the company well into his 80s.

“He did it the old-fashioned way: He earned it,” Bill Rowe, Missouri State University’s former athletic director, said Monday shortly after learning about his friend’s death. “His eyes were always on the next target. He loved getting things done, then he was thinking about what to do next.”

After Hammons’s first business — a company that sold mortar-less bricks — went bust in the late 1940s, he recovered to build subdivisions in southwest Missouri over the next decade. He and a partner then purchased 10 Holiday Inn franchises from the company’s founder in 1958.

Hammons eventually became a regular on Forbes magazine’s list of the wealthiest Americans, and his estimated personal wealth several years ago was $1 billion. He took his company public in 1994 before returning it to private ownership a decade later.

“He has made such a major, significant difference to this community,” Jim Anderson, president of the Springfield Area Chamber of Commerce, said in a 2007 interview. “Some people may not see the way he has put us on the map.”

The hotel magnate was born James Quentin Hammons in 1919 in rural Fairview, about 60 miles southwest of Springfield, to a dairy farmer who lost the 200-acre family farm during the Depression. As a teen, he trapped rabbits and sold their pelts for a nickel apiece.

A graduate of Southwest Missouri State Teachers College, which is now Missouri State University, Hammons spent two years teaching science and history and coaching junior high basketball before going to work on the construction of the Alaska Highway.

Hammons’s legacy is on full display in Springfield. His office in the John Q. Hammons Building was across from the federal courthouse that his company built and the 22-story Hammons Tower, the city’s tallest building. Nearby are a 270-room hotel and convention center he developed, as well as the $32 million Hammons Field. All sit on John Q. Hammons Parkway.