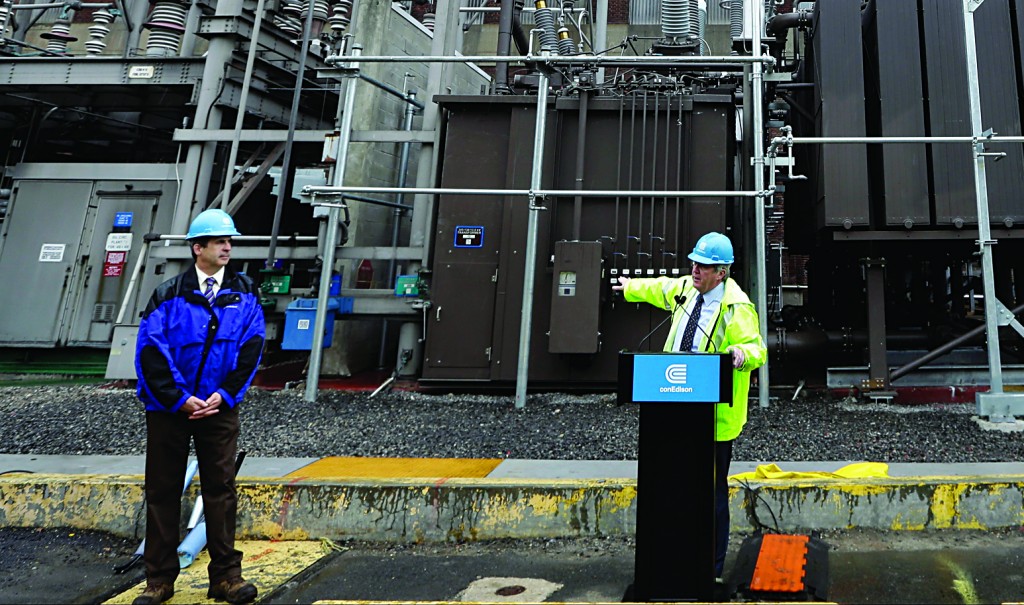 Consolidated Edison is preparing for the next big storm by building platforms and walls to protect vital equipment from flooding, CEO Kevin Burke said Tuesday.

“There is a lot more work to do,” said Burke, who was sharply criticized after Superstorm Sandy last fall when 975,000 Con Ed customers in New York City and Westchester County lost power — with tens of thousands still out after 10 days.

Speaking at the Con Ed power station on East 13th Street that flooded during Sandy, Burke showed reporters a 5-foot concrete wall around a building that houses signal relay equipment.

He said Con Ed, mindful that hurricane season starts June 1, has built over a mile of similar walls to guard against flooding.

Burke said Con Ed plans to invest $1 billion over the next four years in storm protection work. The federal government is unlikely to reimburse Con Ed for any of the expenses, he said.