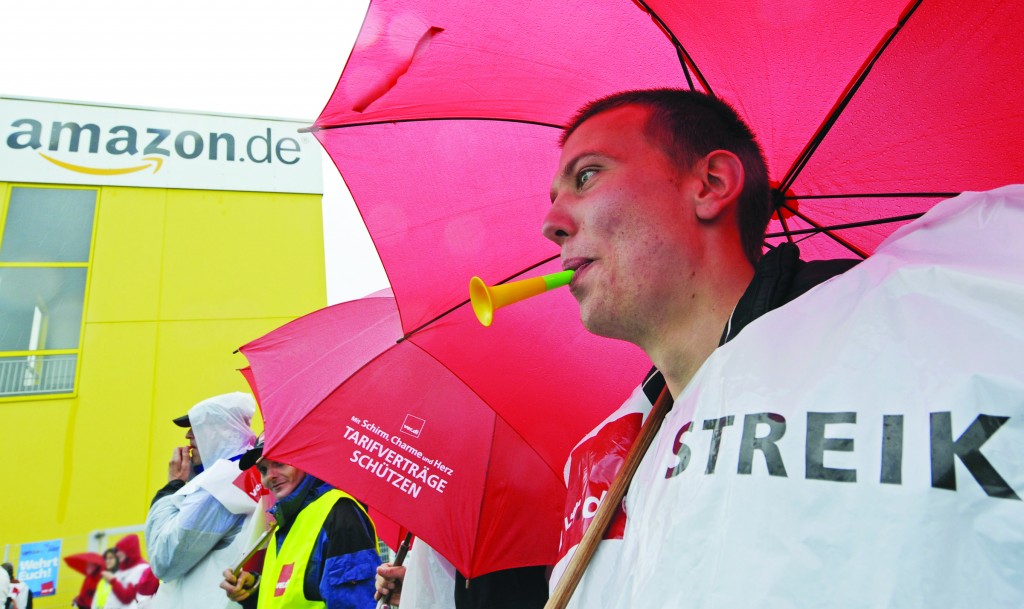 Amazon’s German workers are staging a short-term strike in a push for higher wages.

The ver.di union said Monday that employees in Leipzig are walking off the job in a one-day warning strike.

The union is pushing the online retailer to adopt wage agreements similar to those governing retail and mail-order workers, which include year-end holiday bonuses and extra pay for working nights, Sundays and holidays. The agreements could mean as much as 9,000 euros ($11,700) more annually for Amazon workers.

Amazon says its distribution warehouses in Germany are logistics centers, and employees are already paid on the upper end of what workers in that industry earn.

Ver.di represents some 2,000 workers in Leipzig and 3,300 employees at Amazon’s Bad Hersfeld center. They staged a first strike earlier this month.