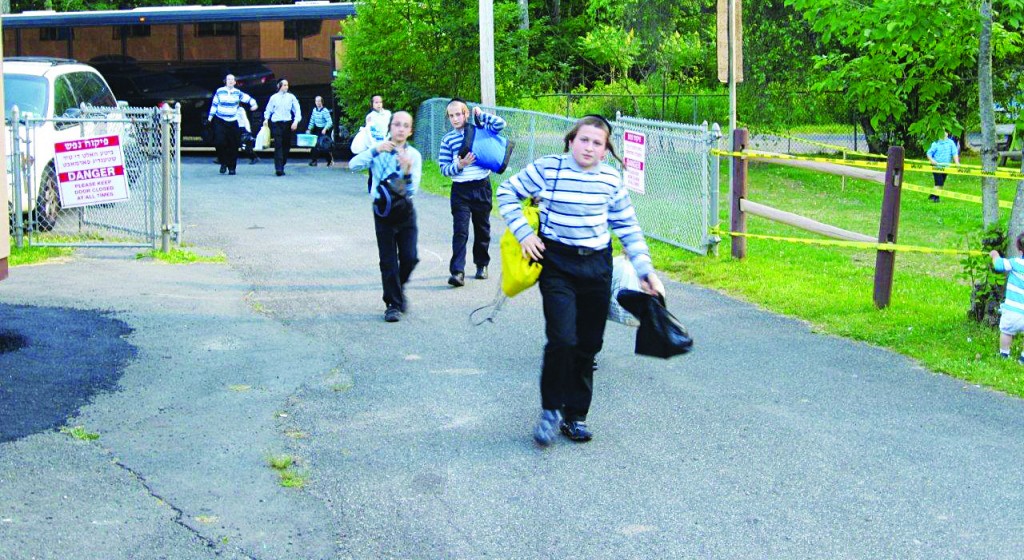 Only hours before I sat down to pen this column, I met a friend of mine, a yungerman who has been blessed with a large family. When I asked him how he was doing, he was blunt.

“Right now I am trying to figure out how in the world to pay for the summer expenses,” he said. “Baruch Hashem, I have much to be grateful for. Somehow I manage to scrape together enough money to pay for my mortgage, food, and tuition each month. But now the summer bills are piling high — thousands upon thousands of dollars — and I haven’t the vaguest idea how to pay for it.”

His plight is a typical one in much of Brooklyn’s Jewish community.

While it would be inaccurate to say that the mass summer exodus to the Catskills is practiced by the entire community, for a very significant segment of the population it is all but mandatory.

Even for those who do stay behind, the mere fact that all the schools and many yeshivos close their doors for two full months has a huge financial impact. Day camp fees are considerably higher than regular school tuition, and in the eyes of many teenagers and their parents, a sleep-away camp is a necessity, not a luxury.

But does it have to be this way?

In regard to bachurim, I think we can all agree that there really isn’t any choice. It is extraordinarily difficult for a bachur to observe the most basic principles of shemiras einayim while crossing a city street in hot weather. The only logical option is to transport the yeshivos out of the city during these two months.

While great care must be taken to ensure that girls and children aren’t exposed to sights that can be extremely harmful to their spiritual well-being, this doesn’t, however, preclude keeping them in the city over the summer.

A couple of years ago, Ohel Yochanan of Rachmastrivka, a rapidly-growing Chassidic cheder, tried a courageous experiment. Instead of purchasing or renting a sleep-away camp in the Catskills for their upper-grade elementary students, they decided to create a camp-like system right in their school building.

Several years earlier they had made the decision that their “zimmer cheder” would be exclusively for their year-round talmidim, and had hired top-notch melamdim and a very creative group of counselors. Now, they decided to take it a step further. They started at 8:00 in the morning with Shacharis, followed by a regular day of learning. In the afternoon, in the time slot that the boys usually had English studies, they had a wide range of exciting recreational activities. The boys were brought home by bus to eat supper with their families, and then the two oldest grades were picked up again for the night program, which included a mixture of special learning programs, exciting activities, and swimming.

The youngsters were kept busy from morning to night, with regular trips, including a Shabbos in the mountains, adding to the excitement. Parents had peace of mind knowing that they were seeing their children each night, but had none of the tension associated with keeping rambunctious seventh-graders entertained.

The experiment was such a success that the following year some boys whose parents do go out to bungalow colonies insisted on staying in the city with grandparents or friends so as not to miss out. Some parents rethought their summer plans, and saved thousands of dollars on bungalow expenses.

It isn’t only a matter of finances.

A number of years ago, Hamodia published an article in which the Kossover Rebbe, shlita, spoke of the myriad problems caused by the fact that so many husbands are home alone all week while their wives and children are alone in bungalow colonies.

The chinuch of our children is another issue to consider. In many cases, the melamed teaching at the bungalow colony day camp has to simultaneously teach children of various age levels, and despite his best efforts, the level of learning is seriously impacted. Even if the child does attend a sleep-away camp, either as a day camper or a regular camper, it can take weeks for the child to adjust to the methodology and new environment.

It is high time for us to ask ourselves whether the current eight-week summer break really suits our community’s needs or whether, instead, a three-week break in the summer and a longer mid-winter break wouldn’t be a far better idea for both our souls and our wallets.