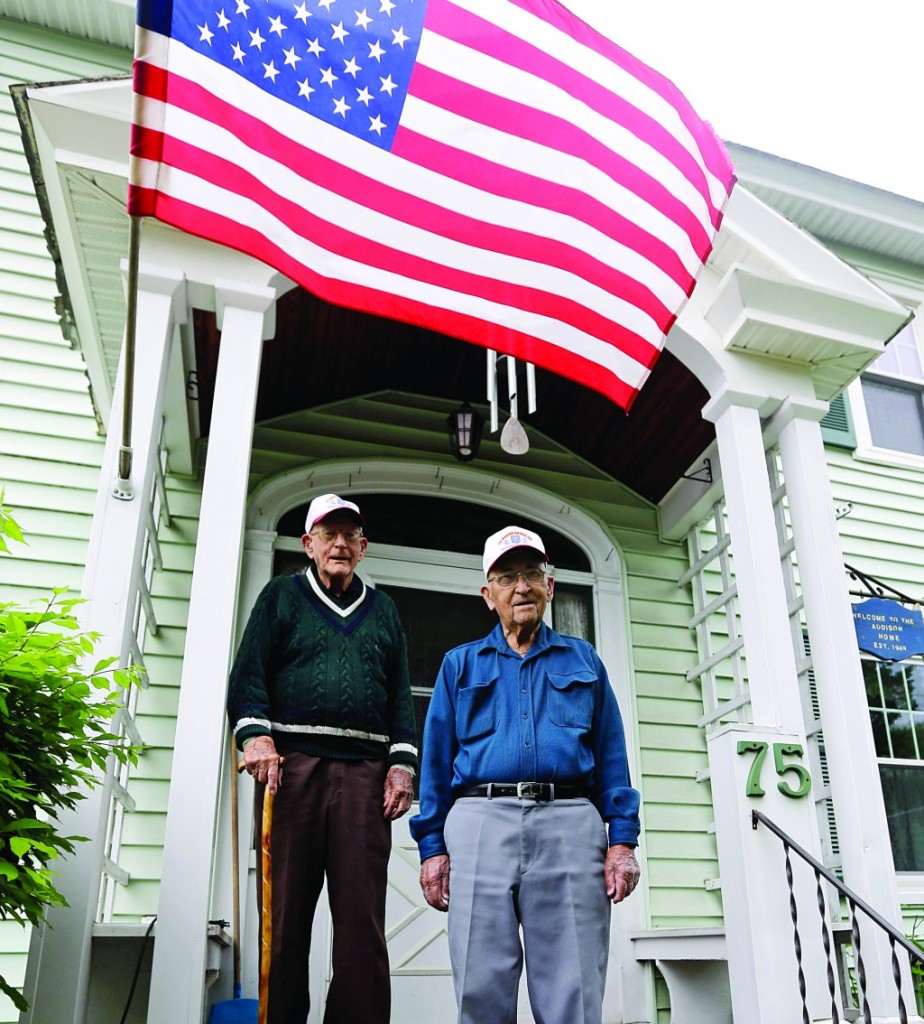 Gerald West held the laminated sheet of paper fellow World War II combat veteran Robert Addison pulled from an old briefcase and perused the 300-plus names listed under the words, “Lest We Forget.”

“I knew quite a few of those guys,” said West, 93, who made the short drive to Addison’s home 45 miles north of Albany recently to reminisce about their wartime service with the legendary Edson’s Raiders.

The document Addison keeps among his wartime mementos lists the names of members of the 1st Marine Raider Battalion who died while fighting the Japanese in the South Pacific. Addison and West are among the dwindling number of Edson’s Raiders still alive. Out of an original roster of about 900 men, fewer than 150 are believed to survive.

Dubbed Edson’s Raiders after their colorful, red-haired commander, Col. Merritt “Red Mike” Edson, the unit was the first U.S. ground force to attack Japan-held territory after Pearl Harbor. Landing in the Solomon Islands in August 1942, they beat the larger 1st Marine Division’s arrival on nearby Guadalcanal by an hour.

The Raider battalions, formed just days apart in February 1942, were the first commando-style units in the American military, predating the creation of the U.S. Army Rangers by four months. Trained in jungle warfare and hand-to-hand combat, the Raiders’ leatherneck pride paired with a pirate’s attitude was reflected in their distinctive battalion patch: a white death’s head skull in a red diamond, set against a blue background with five white stars representing the Southern Cross constellation.

Addison, an Alliance, Ohio, native, and West, who grew up outside Glens Falls, both fought at Tulagi and later on Guadalcanal, where Edson’s Raiders earned their vaunted place in American military lore for anchoring the thinly stretched Marine defenses that decimated Japanese forces during successive nighttime assaults in September 1942.

Fighting from positions separated by a few hundred yards along high ground near the island’s airfield, Addison and West helped defend what became known as Bloody Ridge — but that the Marines called “Edson’s Ridge.” They wouldn’t learn until much later that the fight was considered a turning point that started the U.S. on its island-hopping road to victory in the Pacific. “In combat, you only know what’s going on in your little world,” West said.

Edson was awarded the Medal of Honor for his front-line leadership during the battle, during which his Raiders suffered more than 250 killed and wounded. Bigger, bloodier battles awaited, but Edson’s Ridge and the Raiders hold a special place among leathernecks of all generations, according to Beth Crumley, a historian with the U.S. Marines.

After the war, Addison and West went their separate ways but met in the early 1960s, when Addison ran into West at a Sears store; they’ve remained close friends ever since.

“They were America’s first elite force unit and showed future units like the U.S. Army Special Forces what could be done with a handful of determined, well-trained, well-armed troops against a determined enemy,” said Robert A. Buerlein, who wrote a book about the unit.