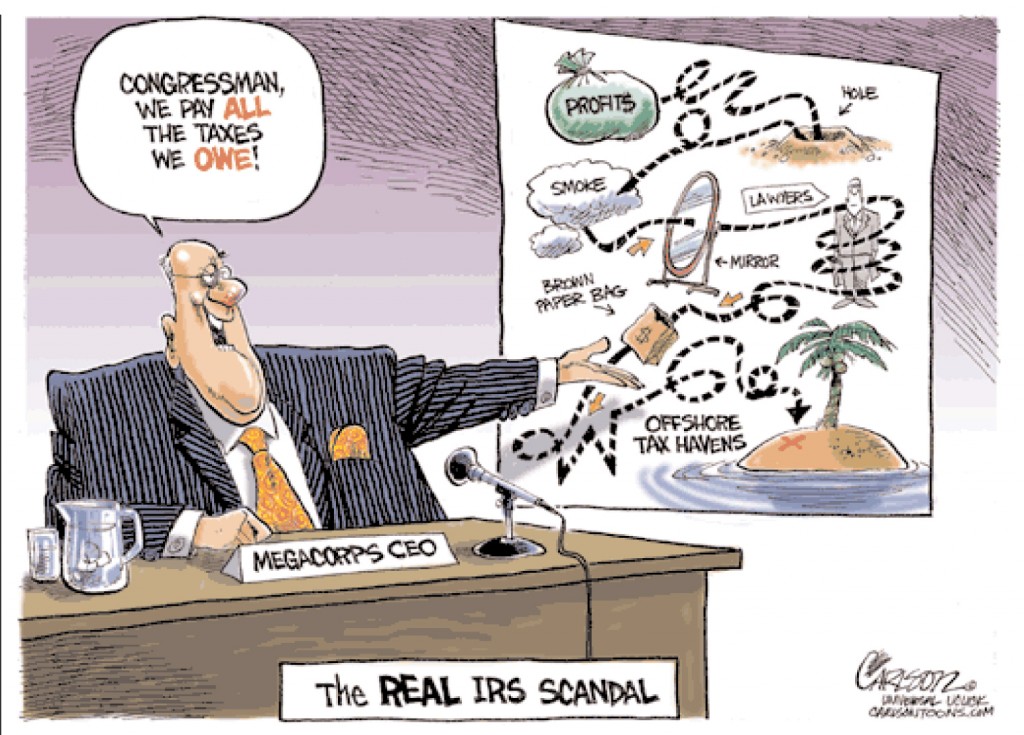 There were times this past week when it seemed like the 19th-century Know-Nothing Party had returned to Washington. President Barack Obama insisted he knew nothing about major decisions in the State Department, or the Justice Department, or the Internal Revenue Service. The heads of those agencies, in turn, insisted they knew nothing about major decisions by their subordinates. It was as if the government functioned by some hidden hand.

Clearly, there was a degree of willful blindness in these claims. However, the suggestion that someone, even the president, is in control of today’s government may be an illusion.

The growing dominance of the federal government over the states has obscured more fundamental changes within the federal government itself: It is not just bigger, it is dangerously off kilter. Our carefully constructed system of checks and balances is being negated by the rise of a fourth branch, an administrative state of sprawling departments and agencies that govern with increasing autonomy and decreasing transparency.

This exponential growth has led to increasing power and independence for agencies. The shift of authority has been staggering. The fourth branch now has a larger practical impact on the lives of citizens than all the other branches combined.

The rise of the fourth branch has been at the expense of Congress’s lawmaking authority. In fact, the vast majority of “laws” governing the United States are not passed by Congress but are issued as regulations, crafted largely by thousands of unnamed, unreachable bureaucrats. One study found that in 2007, Congress enacted 138 public laws, while federal agencies finalized 2,926 rules, including 61 major regulations.

This rulemaking comes with little accountability. It’s often impossible to know, absent a major scandal, whom to blame for rules that are abusive or nonsensical. Of course, agencies owe their creation and underlying legal authority to Congress, and Congress holds the purse strings. But Capitol Hill’s relatively small staff is incapable of exerting oversight on more than a small percentage of agency actions. And the threat of cutting funds is a blunt instrument to control a massive administrative state — like running a locomotive with an on-off switch.

The autonomy was magnified when the Supreme Court ruled in 1984 that agencies are entitled to heavy deference in their interpretations of laws. The court went even further this past week, ruling that agencies should get the same heavy deference in determining their own jurisdictions — a power that was previously believed to rest with Congress. In his dissent in Arlington v. FCC, Chief Justice John Roberts warned: “It would be a bit much to describe the result as ‘the very definition of tyranny,’ but the danger posed by the growing power of the administrative state cannot be dismissed.”

The judiciary, too, has seen its authority diminished by the rise of the fourth branch. Under Article III of the Constitution, citizens facing charges and fines are entitled to due process in our court system. As the number of federal regulations increased, however, Congress decided to relieve the judiciary of most regulatory cases and create administrative courts tied to individual agencies. The result is that a citizen is 10 times more likely to be tried by an agency than by an actual court. In a given year, federal judges conduct roughly 95,000 adjudicatory proceedings, including trials, while federal agencies complete more than 939,000.

These agency proceedings are often mockeries of due process, with one-sided presumptions and procedural rules favoring the agency. And agencies increasingly seem to chafe at being denied their judicial authority…

The rise of the fourth branch has occurred alongside an unprecedented increase in presidential powers — from the power to determine when to go to war to the power to decide when it’s reasonable to vaporize a U.S. citizen in a drone strike. In this new order, information is jealously guarded and transparency has declined sharply. That trend, in turn, has given the fourth branch even greater insularity and independence. When Congress tries to respond to cases of agency abuse, it often finds officials walled off by claims of expanding executive privilege.

Of course, federal agencies officially report to the White House under the umbrella of the executive branch. But in practice, the agencies have evolved into largely independent entities over which the president has very limited control. Only one percent of federal positions are filled by political appointees, as opposed to career officials, and on average appointees serve only two years. At an individual level, career officials are insulated from political pressure by civil service rules. There are also entire agencies — including the Securities and Exchange Commission, the Federal Trade Commission and the Federal Communications Commission — that are protected from White House interference.

Some agencies have gone so far as to refuse to comply with presidential orders. For example, in 1992 President George H.W. Bush ordered the U.S. Postal Service to withdraw a lawsuit against the Postal Rate Commission, and he threatened to sack members of the Postal Service’s Board of Governors who denied him. The courts ruled in favor of the independence of the agency.

It’s a small percentage of agency matters that rise to the level of presidential notice. The rest remain the sole concern of agency discretion.

As the power of the fourth branch has grown, conflicts between the other branches have become more acute. There is no better example than the fights over presidential appointments.

Wielding its power to confirm, block or deny nominees is one of the few remaining ways Congress can influence agency policy and get a window into agency activity. Nominations now commonly trigger congressional demands for explanations of agencies’ decisions and disclosures of their documents. And that commonly leads to standoffs with the White House.

Take the fight over Richard Cordray, nominated to serve as the first director of the Consumer Financial Protection Bureau. Cordray is highly qualified, but Republican senators oppose the independence of the new bureau and have questions about its jurisdiction and funding. After those senators repeatedly blocked the nomination, Obama used a congressional break in January to make a recess appointment. Since then, two federal appeals courts have ruled that Obama’s recess appointments violated the Constitution and usurped congressional authority. While the fight continues in the Senate, the Obama administration has appealed to the Supreme Court.

It would be a mistake to dismiss such conflicts as products of our dysfunctional, partisan times. Today’s political divisions are mild compared with those in the early republic, as when President Thomas Jefferson described his predecessor’s tenure as “the reign of the witches.” Rather, today’s confrontations reflect the serious imbalance in the system.

The marginalization Congress feels is magnified for citizens, who are routinely pulled into the vortex of an administrative state that allows little challenge or appeal. The IRS scandal is the rare case in which internal agency priorities are forced into the public eye. Most of the time, such internal policies are hidden from public view and congressional oversight. While public participation in the promulgation of new regulations is allowed, and often required, the process is generally perfunctory and dismissive.

In the new regulatory age, presidents and Congress can still change the government’s priorities, but the agencies effectively run the show based on their interpretations and discretion. The rise of this fourth branch represents perhaps the single greatest change in our system of government since the founding.

We cannot long protect liberty if our leaders continue to act like mere bystanders to the work of government.