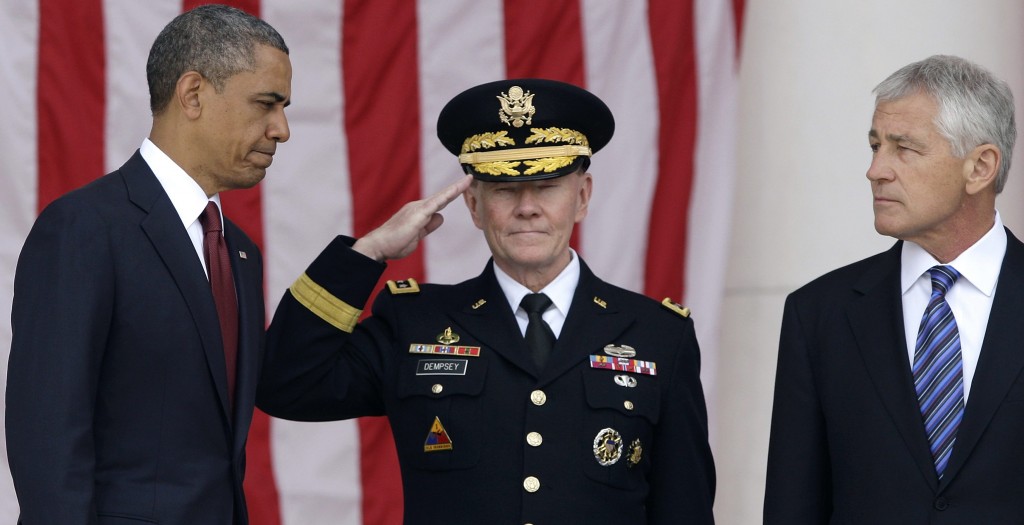 President Barack Obama paid tribute on Monday to fallen men and women of the U.S. armed services during a Memorial Day ceremony in which he reminded Americans that the country was still at war.

During a solemn visit to Arlington National Ceremony, the resting ground for many military casualties, Obama noted in remarks to visitors that next year would mark the last Memorial Day of the U.S. war in Afghanistan.

“But even as we turn the page on a decade of conflict, even as we look forward, let us never forget, as we gather here today, that our nation is still at war,” Obama said.

Unlike World War II or the Vietnam War, conflicts that touched nearly every American, today most U.S. citizens were not directly affected by the military conflicts overseas, the president noted.

“As we gather here today, at this very moment, more than 60,000 of our fellow Americans still serve far from home in Afghanistan,” Obama said.

Most U.S. combat troops are slated to exit Afghanistan by the end of 2014. Obama formally ended the war in Iraq earlier in his White House tenure.

In a major policy speech last week, Obama said the United States would shift its focus away from a “boundless global war on terror” that began under his predecessor, Republican President George W. Bush.

After his remarks on Monday, Obama and his wife, first lady Michelle Obama, visited Section 60 of the cemetery, where the newly slain are buried.

“Today, just steps from where these brave Americans lie in eternal peace, we declare, as a proud and grateful nation, that their sacrifice will never be forgotten,” Obama said.

“And just as we honor them, we hold their families close. Because for the parents who lose a child; for the husbands and wives who lose a partner; for the children who lose a parent, every loss is devastating. And for those of us who bear the solemn responsibility of sending these men and women into harm’s way, we know the consequences all too well.”

Earlier, the president laid a wreath at the Tomb of the Unknown Soldier.