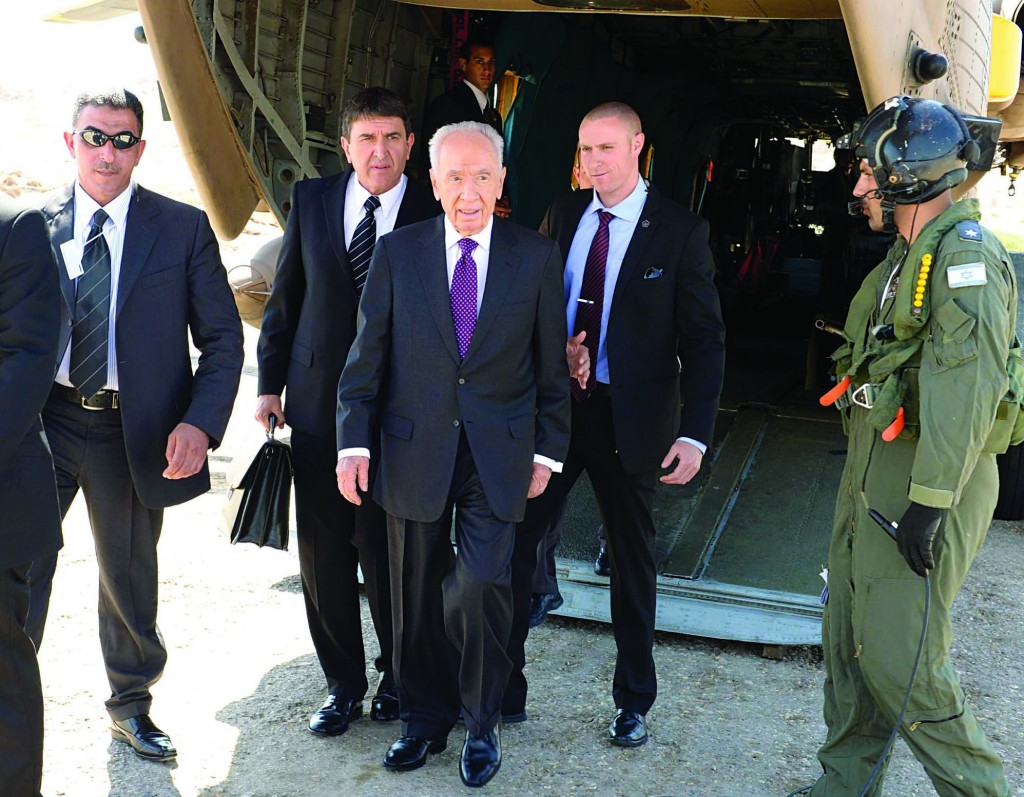 These weren’t the much talked-about peace talks that everyone says they want so badly, but Israelis and Palestinians were in the same place at the same time —and talking about peace — in a rare encounter on Sunday.

The WEF was hosting a panel hopefully entitled, “Breaking the Impasse.” It was the culmination of a year-long organizing effort, WEF chairman Klaus Schwab announced at the forum’s opening session on the edge of the Dead Sea in Aquaba.

The conference came on the heels of Kerry’s comment that his two days of talks with Israeli and Palestinian leaders last week had been “very productive,” but that “we are reaching the time where leaders need to make hard decisions.”

Ahead of a formal speech later in the day, Peres met the press with his sunniest greeting:

“Good morning, this is the time for peace” he began. “It is the time for peace. I believe this is the general desire and the clear option. With the nomination of Secretary Kerry and the overall expressions supporting peace we shouldn’t be cynical. It is urgent; we shouldn’t lose the opportunity because it will be replaced by a great disappointment. We have to overcome skepticism and doubts.”

Strategic Affairs Minister Yuval Steinitz (Likud-Beiteinu) disavowed it. “I think the government has its own spokespeople,” Steinitz said. “The position of the president of Israel is respected, but the government makes policy decisions, and I think that every declaration of this sort, certainly on the eve of negotiations, does not help Israel’s stance.”

“What country would start talks that aim to [break] down its ability to defend itself?” Landau asked. “I hear people talking about a Palestinian state that must be established. There’s a long list of Arab states that are falling apart — Syria, Libya, Yemen. The Palestinian Authority with which we once signed an agreement split into Yehudah and Shomron and Gaza. Why would we work to create a state with unclear chances of survival?”

Landau called for realistic policies and not to “build policies on dreams that may never come true.”

On the other hand, Environmental Protection Minister Amir Peretz (Movement) asserted that “any diplomatic agreement will certainly be based on ‘67 lines and land swaps.”

Tzipi Livni, the designated chief negotiator, has already indicated her enthusiasm for renewed negotiations along those lines.

However, her counterpart, Saeb Erekat, did not warm to Peres’s peace overture. Instead, he blamed Israel for the stalled negotiations.

“President Peres knows very much … that we (the Palestinians) are not the obstacle,” he told The Associated Press.

“I hope that President Peres can convince the prime minister of Israel to accept … the two states, that it is time to make peace and not talk about peace,” Erekat added.

Peres met with Abdullah, and the possibility of a meeting with Abbas was discussed.

The Jordanian reporters shouted their demand that the Israelis leave, as per the semi-official boycott of all Israelis and Israeli-related events by professional groups in Jordan.

Peacemaking efforts by WEF officials proved successful, however, and the Jordanians were persuaded to return.