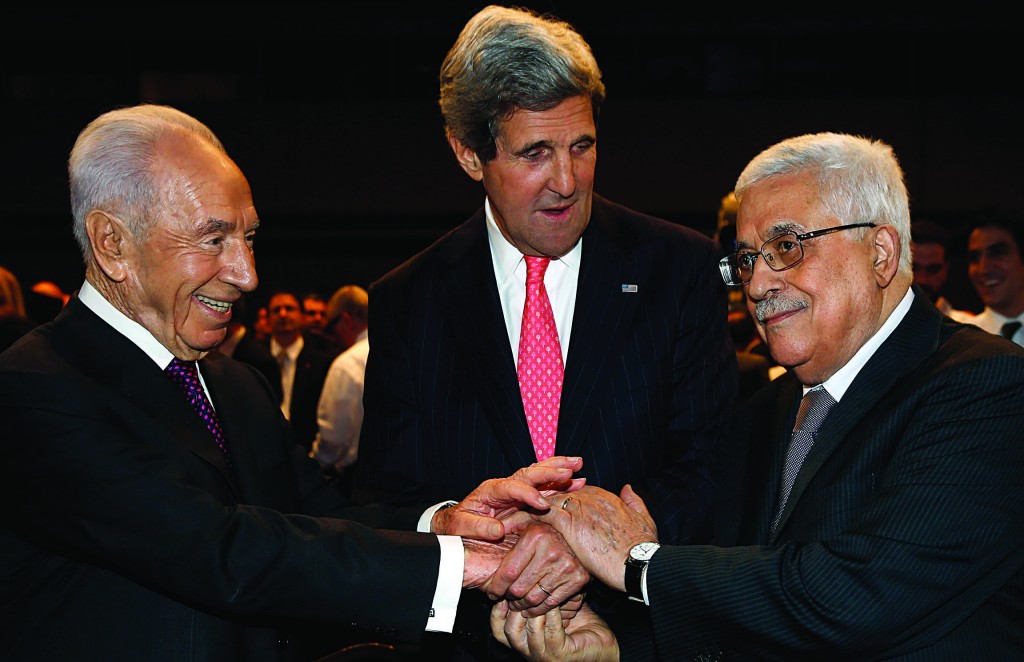 Secretary of State John Kerry said Sunday he believes a plan potentially worth $4 billion is emerging that could expand the Palestinian economy by up to 50 percent in the next three years.

It could also cut unemployment by almost two-thirds and average wages could jump 40 percent, he said. But Kerry said it all depends on parallel progress on peace between Israel and the Palestinians.

Kerry has been working with former British prime minister Tony Blair and global business leaders to devise economic plans to revitalize the Palestinian economy. There were few specific details offered.

Kerry called the plan “transformative” and “different than
anything we’ve done before.”

He was to meet later Sunday in Amman with Blair, American hedge-fund investor Tim Collins, and the foreign ministers of Jordan and the United Arab Emirates.

Kerry said Palestinian agriculture production could double or triple. Tourism could triple, and 100,000 new homes, many of them energy-efficient, could be built in the next three years.

Kerry acknowledged the plan offers a very optimistic vision for a region that has suffered decades of conflict and where peace prospects remain dim.

But he insisted: “We know it can be done.”

He said Netanyahu and Abbas support the plan. He said economic plans won’t take hold unless Israel and the Palestinians make headway on restarting peace talks, however.